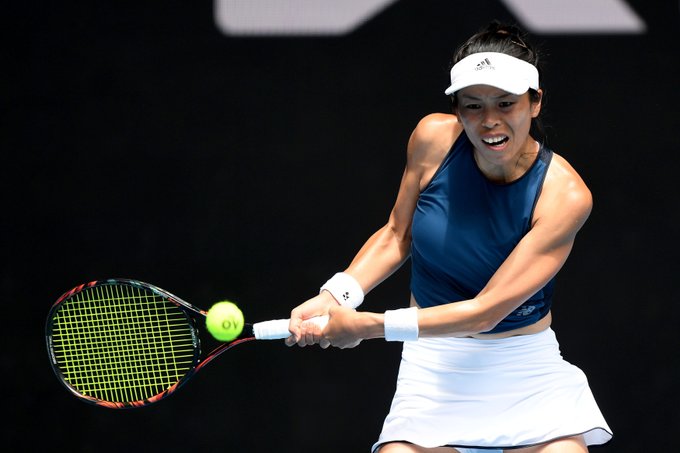 Hsieh-su-Wei came back from 3-5 down in the third set to beat 2012 Roland Garros finalist Sara Errani 6-4 2-6 7-5 after 2 hours and 44 minutes reaching the Round of 16 at the Australian Open in Melbourne.

Hsieh came into the third round after her wins over 2020 US Open quarter finalist Tsvetana Pironkova and 2019 US Open champion Bianca Andreescu. The Taiwanese player advanced to the second week in a Grand Slam tournament for the fourth time in her career.

Hsieh scored her first win over Errani, who had clinched all their four previous head-to-head matches. The Italian player was playing a Grand Slam third round match for the first time since the 2015 US Open.

Both players traded breaks in the first five games of the third set before Errani held serve to take a 4-2 lead. Hsieh earned a break, as Errani was serving for the match at 5-4, and reeled off the final three games to claim a thrilling third set 7-5.

Hsieh set up a Round of 16 clash against 2019 Roland Garros finalist Marketa Vondrousova, who beat Sorana Cristea 6-2 6-4 to reach her first quarter final at the Australian Open. Vondrousova has dropped a set in the first week of this year’s Australian Open.

“My first match was tough. I was down like 2-6 1-3 and that was kind of crazy. I managed to get the win and for me I am just very happy to be on court right now and I feel like I am playing good tennis. I found my game. I feel like it can be better to serve also. I managed to win in two sets like the last two singles, so it’s nice for me and I am just very happy to be in the second set”, said Vondrousova.

“I am very happy with my performance today. I feel like the last match, it was a year ago in Shnzhen in China. It was a very tough battle. I beat Diyas 6-4 2-6 6-4. I felt like I was more prepared this time after many matches and after playing well. I feel like I took control of the match and kept on going. I am happy this time was not a three-time match. I am just happy with being in the second week of a Grand Slam. It just shows that my game is there”, said Muguruza.