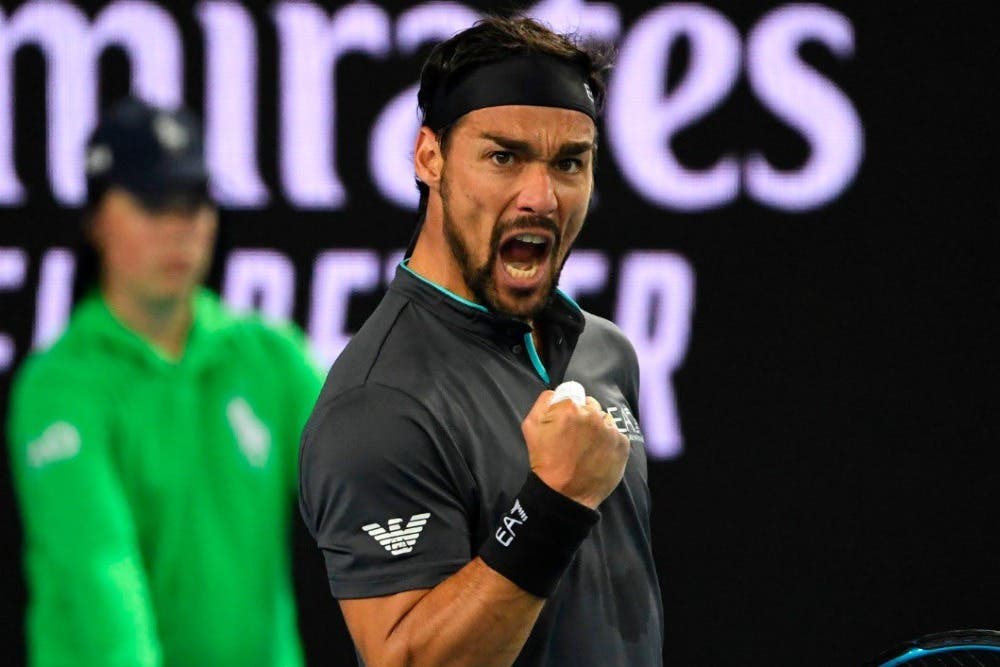 World number 17 Fabio Fognini moved into the Australian Open Round of 16 for the fourth time in his career with a 6-4 6-3 6-4 win over Australia’s Alex De Minaur after 2 hours and 8 minutes on Margaret Court in Melbourne.

Fognini underwent ankle surgery during the ATP Tour circuit shutdown, but he bounced back at the start of the 2021 season helping Italy reach the ATP Cup final last week.

Neither player was able to earn a break point in the first seven games of the opening set. Fognini won four consecutive points on De Minaur’s serve to get the first break in the eighth game to open up a 5-3 lead. De Minaur broke straight back to love in the ninth game for 4-5. Fognini sealed the first set 6-4 with his second  break in the 10th game.

De Minaur earned an early break point at the start of the second set, but Fognini saved it to hold his serve for 1-0. Fognini converted his second break point in the sixth game to open up a 4-2 lead and served out the set at 15 in the ninth game, as De Minaur made a forehand error.

Fognini started the third set with an immediate break at love after a double fault from De Minaur. The Aussie player dropped his serve for the second time with another double fault to trail 1-4. Fognini served for the match at 5-2, but he was not able to convert two match points before De Minaur pulled one break back after a forehand error from Fognini.

Fognini earned another chance to serve out for the win and converted his third match point to seal the third set 6-4 after rallying from 15-30 down in the 10th game.

Fognini equals Andreas Seppi’s record for most fourth-round appearances at the Australian Open.

“I played a really solid match. I get a bit tired at the end of the match, but I think it is normal. I need these kind of matches. I am really happy with this match tonight. I was not expecting to be playing like this. I am feeling good. Tennis is back, so I am really happy. I was knowing since the beginning it was a really tough match. Tonight it was better for me to play without a crowd. He is Aistralian. It was tough. He is really young. I am almost 34, so for sure he is a really good player, already top 20. He has everything to  improve. He is a really good guy. For sure he is going to be on top”, said Fognini.

Fognini set up a fourth round match against Rafael Nadal, who beat Cameron Norrie from Great Britain 7-5 6-2 7-5. Nadal leads 12-4 in his head-to-head matches against Fognini, but the Italian player beat his Spanish rival once at Grand Slam level, when he came vack from two sets down at the 2015 US Open.

With the exit of De Minaur there are no Australian players left in this year’s edition of the “Happy Slam”.

“It is not the result I wanted going in. Fabio played at a very high level throughout the whole match and he was too good for me. He was not giving a lot and I felt like we were going to try and expose his movement a little bit, but he was hitting some pretty good-end range shots. I could not be too passive on the rallies because he was stepping in and dictating from from the get-go”, said De Minaur.