Fabio Fognini: "I was lucky in the Match tie-break, but I gave everything until the end" - UBITENNIS 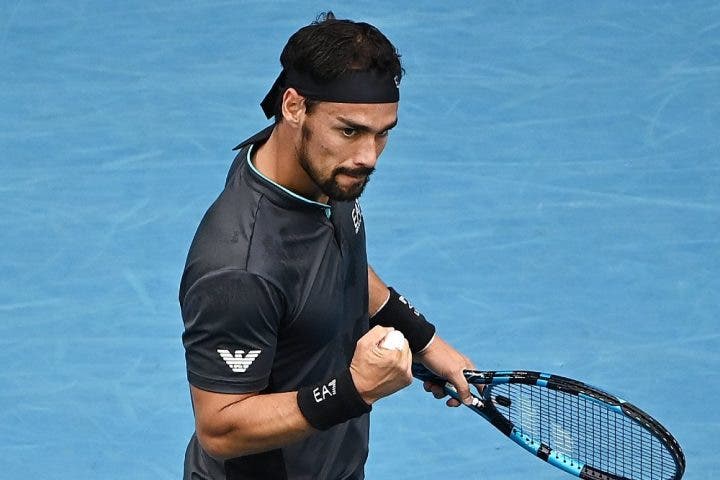 Caruso earned the first break in the seventh game to take a 4-3 lead and went down 0-40, as he was serving at 5-4, but he won five consecutive points to close out the opening set 6-4 after 38 minutes.

Fognini won 12 of the first 17 points and broke in the second game to open a 3-0 lead. Caruso did not convert two break-back points. Fognini opened up a 4-1 lead and won the final eight points to seal the 35-minute second set 6-2.

Caruso earned an immediate break at love in the first game of the third set and won seven consecutive points, but he had to save a break-back point in the fourth game. The Sicilian player earned a double beak to open up a 4-1 lead and held his next service games to close out the the 40-lminute third set 6-2.

Fognini holds a 3-0 winning record in Match Tie-breaks at the Australian Open. He scored his previous two wins in his first two matches at last year’s Australian Open against Reilly Opelka and Jordan Thompson en route to reaching the fourth round.

“I am tired as I was fighting for every point. I had chances in the fifth set, two at 15-40 in the seventh and eleventh games. I played one really bad, then the other he served well. I was lucky in the Match Tie-break. When you play against a compatriot, it’s always tough. I gave everything until the end. I was 1-5 down, then he played two bad points. At 5-5, anything was possible and I held on”, said Fognini.