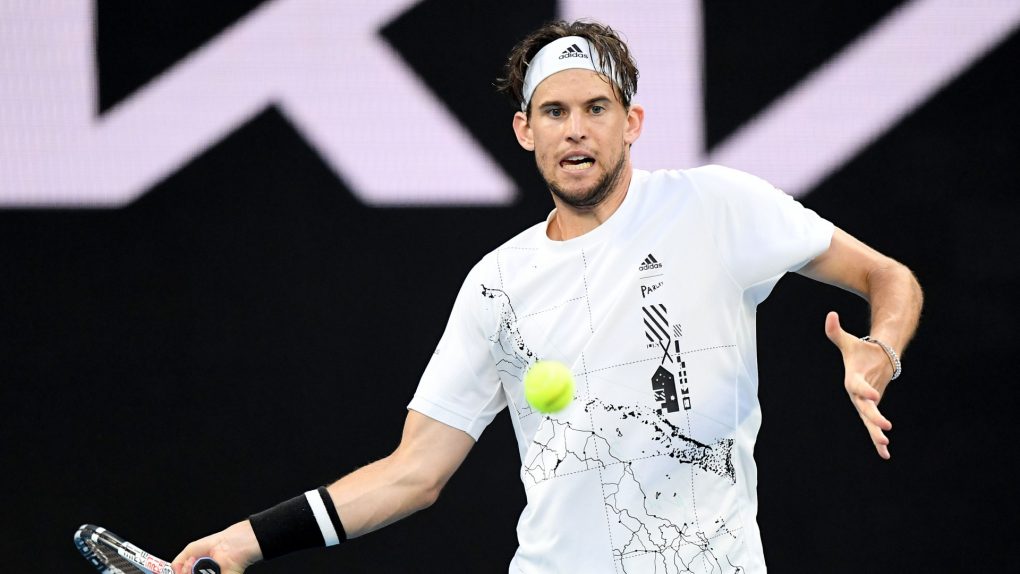 Dominic Thiem admits that he is dealing with some ‘physical issues’ but hasn’t elaborated on what they are following his shock loss at the Australian Open on Sunday.

The reigning US Open champion produced a costly 41 unforced errors as he crashed out 6-4, 6-4, 6-0, to Grigor Dimitrov in the fourth round. Making it the seventh time out of the last eight years that Thiem hasn’t been able to reach the quarter-final stage in Melbourne. The loss comes two days after his epic encounter with Nick Kyrgios where the Austrian came back from two sets down to win in a late-night encounter. Although Thiem is reluctant to blame his latest performance on one specific issue.

“I think a combination of some things, some little physical issues, plus a real bad day, plus the fact that, well, he’s a great player. So a combination of those three things, and a result like that can happen,” Thiem told reporters.
“Some little physical issues. I don’t want to find any excuses. But the thing also is that I’m also not a machine. Sometimes I would like to be, but there are really, really bad days. As soon as you’re not a hundred percent there on the court on this level, then results like this come up, and that’s exactly what happened today.”

The court speed of Rod Laver has been under discussion through the tournament with some saying it is a lot quicker than usual. Earlier in the week Thiem described the event as ‘one of the fastest Grand Slam tournaments I’ve played so far.’ Raising a question if the speed of the court had an impact on his latest performance?

“I think Rod Laver is a little bit slower even than John Cain, so it was very, very fast, probably the fastest Grand Slam I’ve played so far. But that wasn’t the issue today,” he stated.

The 25-year-old didn’t have the best preparation heading into the tournament in terms of match results. After his 14-day quarantine, he lost two out of his three matches at the ATP Cup. His only victory was over France’s Benoit Paire who retired from their encounter with injury.

Thiem’s exit has also opened the door further in his section of the draw which is currently headed by Novak Djokovic who himself is dealing with an injury. The world No.1 will play Milos Raonic in his fourth round match on Sunday.

“It’s a really bad day today, bad match from my side. The high from the US Open is long gone. It was great for some days, but the tennis world goes on so fast,” he concluded.

As Thiem exits Melbourne, Dimitrov will play Russia’s Aslan Karatsev in the quarter-finals. It is the fourth time the Bulgarian has reached the last eight of the tournament in his career.