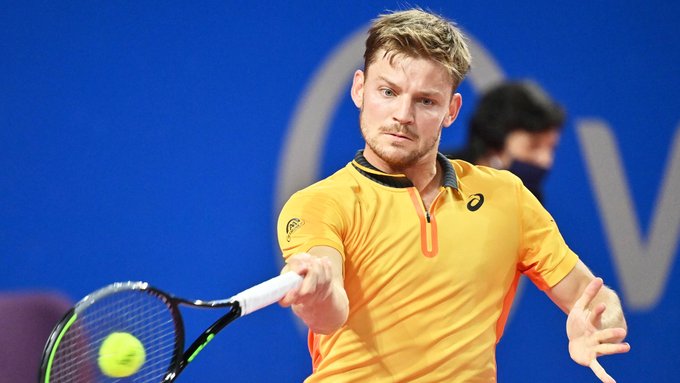 David Goffin advanced to his first final at the Open Sud de France in Montpellier with a 6-4 2-6 6-4 win over Egor Gerasimov.

Goffin won 86% of his first serve points in the third set in his third semifinal in Montpellier.

The Belgian player advanced to his first final since the 2019 Western and Southern Open in Cincinnati.

Goffin converted his second break point aftrer two deuces in the first game and consolidated the break after saving three break points to take a 2-0 lead. Gerasimov fended off a break point at deuce to hold serve in the fifth game. Goffin won his final three service games to clinch the opening set 6-4.

Gerasimov went up a double break to race out to a 5-1 lead. Goffin pulled one break back in the seventh game for 2-5, but Gerasimov closed out the second set with a break to love in the eighth game.

Gerasimov saved a break point in the first game of the third set. The decider went on serve until the seventh game when Goffin earned the decisive break at love to claim the third set 6-4.

Goffin drew level to 1-1 against Gerasimov, who won their only previous head-to-head match in Marseille last year.

“I started really well with the early break. I was feeling good during the rallies. I was serving well. In the second set he just continued with his game. I started to lose the timing a little bit and went for my shots a little too early”, said Goffin.

Bautista Agut will play his first ATP Tour final since Doha 2019, when he beat Tomas Berdych. The Spanish player will be bidding to win his 10th career title.

“I am feeling very good. I like playing here in Montpellier. I like the conditions . It was a tough beginning to the year for me in Australia, but I am very happy that I am in the final and I have a good chance tomorrow”, said Bautista Agut.