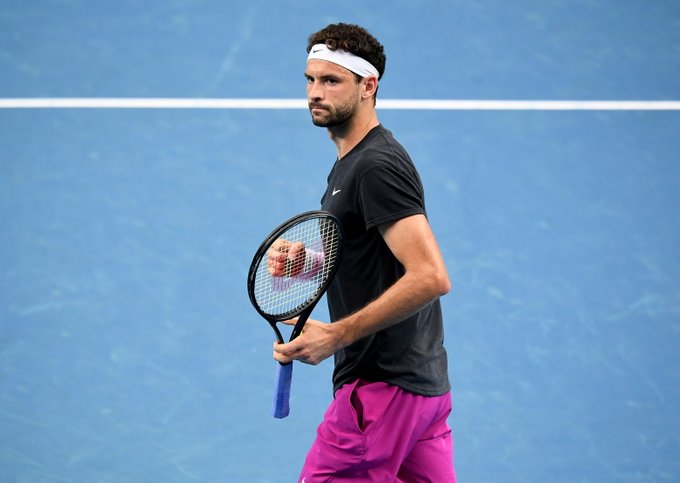 Grigor Dimitrov cruised past Marin Cilic in straight sets while Kei Nishikori crashed out of the Australian Open at the hands of Pablo Carreno Busta.

Grigor Dimitrov and Kei Nishikori were both dealt with tough first round matches as they looked to regain some of their form that took them to consistent grand slam semi-finals in the past.

First up was Kei Nishikori as he looked to topple former US Open semi-finalist Pablo Carreno Busta.

In this grinding match, rallies were inevitably going to be long with the returner benefiting from second serve opportunities.

After sharing breaks early in the first set, Carreno Busta managed to dictate points more often to seal a crucial break in the seventh game.

However the former grand slam finalist wasn’t fazed by the deficit in score-line as he broke when the Spaniard served for the set to pull it back to 5-5.

The Spaniard managed to generate more power and angles when it really mattered as two games in a row sealed the first set.

A second set tiebreak soon followed after another exchange of breaks with both players bringing their best tennis.

In the end Carreno Busta’s quality shone through as he took the tiebreak 7-4 and produced the better tennis in the crucial moments.

Nishikori’s hard quarantine before the Australian Open took its toll as he ran out of energy and quality to hurt the well-rounded Spaniard as the world number 16 completed victory in 2 and a half hours.

The Spaniard will now play Jiri Vesely in round two as Nishikori ponders on how he re-joins Tennis’ elite.

Meanwhile Grigor Dimitrov was in action while Nishikori struggled as he took on former US Open champion Marin Cilic.

Dimitrov is now coached by Nishikori’s former coach Dante Bottini as he aims to finally challenge for the big tournaments.

Based on this performance that may not be as far away as people may suspect as his shot-making looked clean as he went to work in hitting through the big Croatian.

A break in the seventh game was enough to seal the first set for the Bulgarian in 43 minutes.

The second set was even more comfortable as Cilic continued to produce erratic tennis, which eventually lead to 41 unforced errors for the match in total.

Two more breaks meant a two sets to love lead and control of the match. Cilic, who had only won two matches in his last seven tournaments, managed to break for a 5-3 lead in the third set.

An unconfident serve though and Cilic struggled to close out the set and bold shot-making from Dimitrov saw him fight back and take a third set tiebreak to claim victory.

Up next for Dimitrov is Alex Bolt as the Bulgarian looks to ensure a statement week follows in Melbourne.