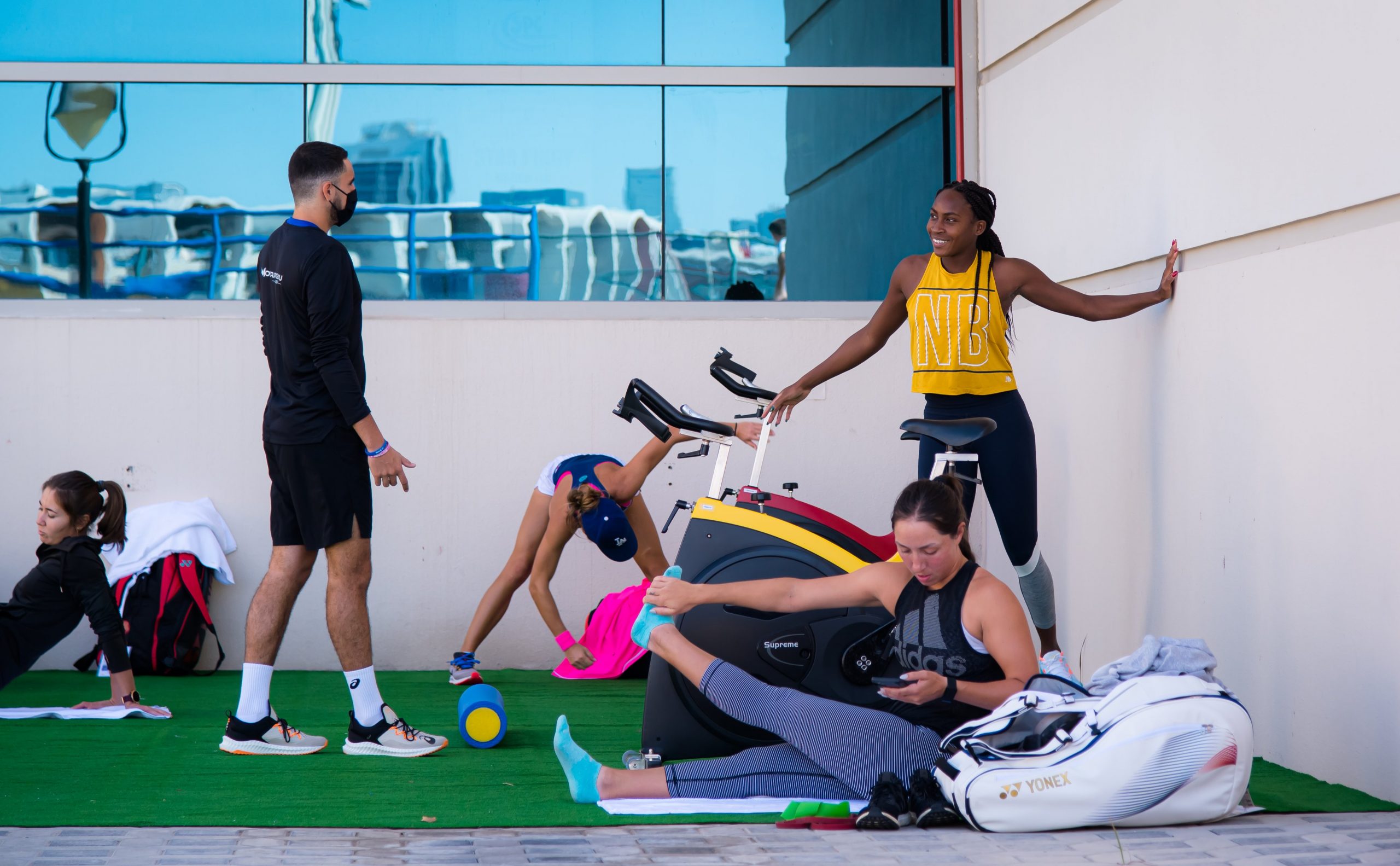 In the most marquee match of the day, 16-year-old Coco Gauff takes on ninth-seeded Maria Sakkari of Greece.

The top six seeds are still alive in the singles draw.  No.1 seed Sofia Kenin advanced to the third round yesterday due to an unfortunate injury to her opponent, Kirsten Flipkens.  Fourth-seeded Aryna Sabalenka also prevailed yesterday, setting up an intriguing third-round clash with Ons Jabeur.  And with the other top seeds (Elina Svitolina, Karolina Pliskova, Garbine Muguruza, and Elena Rybakina) considerable favorites today, we could be in for some high-profile matchups in the coming days.

This is a rematch from this past summer at the Western & Southern Open, when Sakkari easily dismissed Gauff 6-1, 6-3 in just 65 minutes.  It was a lackluster performance by the American teenager, who struggled with her serve and struck only six winners, compared to 24 unforced errors.  Sakkari’s speed around the court rivals that of Gauff, which is problematic for Coco when her offense isn’t clicking.  Gauff played a much better match in her opening round this week, dropping just one game, though that was against the 260th-ranked player in the world.  Sakkari defeated 19-year-old Russian Anastasia Potapova on Wednesday, saving all four break points faced.

After her breakout 2019 season, Gauff was a modest 12-8 last year, and just 4-3 at the Majors.  By contrast, Sakkari debuted in the top 20 in 2020, with a 20-11 record overall, and 8-3 at Slams.  But a slight dip in play is only natural for a 16-year-old, especially when she’s lacking match play due to the pandemic.  And Gauff has a great coaching team behind her, so she’ll surely come into this match with some valuable lessons from her first encounter with Sakkari.  However, this is a tough matchup for Coco, against an opponent who excels against power players, especially American ones.  Last year, Maria was 5-1 against Americans, with her only loss a tight three-setter in the fourth round of the US Open to Serena Williams.  In a sport that’s all about matchups, Sakkari should be favored on Saturday.

Elina Svitolina (2) vs. Vera Zvonareva.  Svitolina has won 16 of her last 19 matches.  36-year-old Zvonareva is still capable of upsetting top players, as just a few years ago she took out Karolina Pliskova 6-1, 6-2.

Karolina Pliskova (3) vs. Anastasia Gasanova (Q).  Pliskova is only 7-5 since the tour re-start in August.  Gasanova is a 21-year-old Russian ranked 292nd in the world.

Garbine Muguruza (5) vs. Aliaksandra Sasnovich.  Muguruza won an impressive 23 matches last year, though Sasnovich approached that mark with 21 wins of her own.

And in what should be an entertaining affair between two of the WTA’s most versatile players, it’s Karolina Muchova (12) vs. Daria Kasatkina.