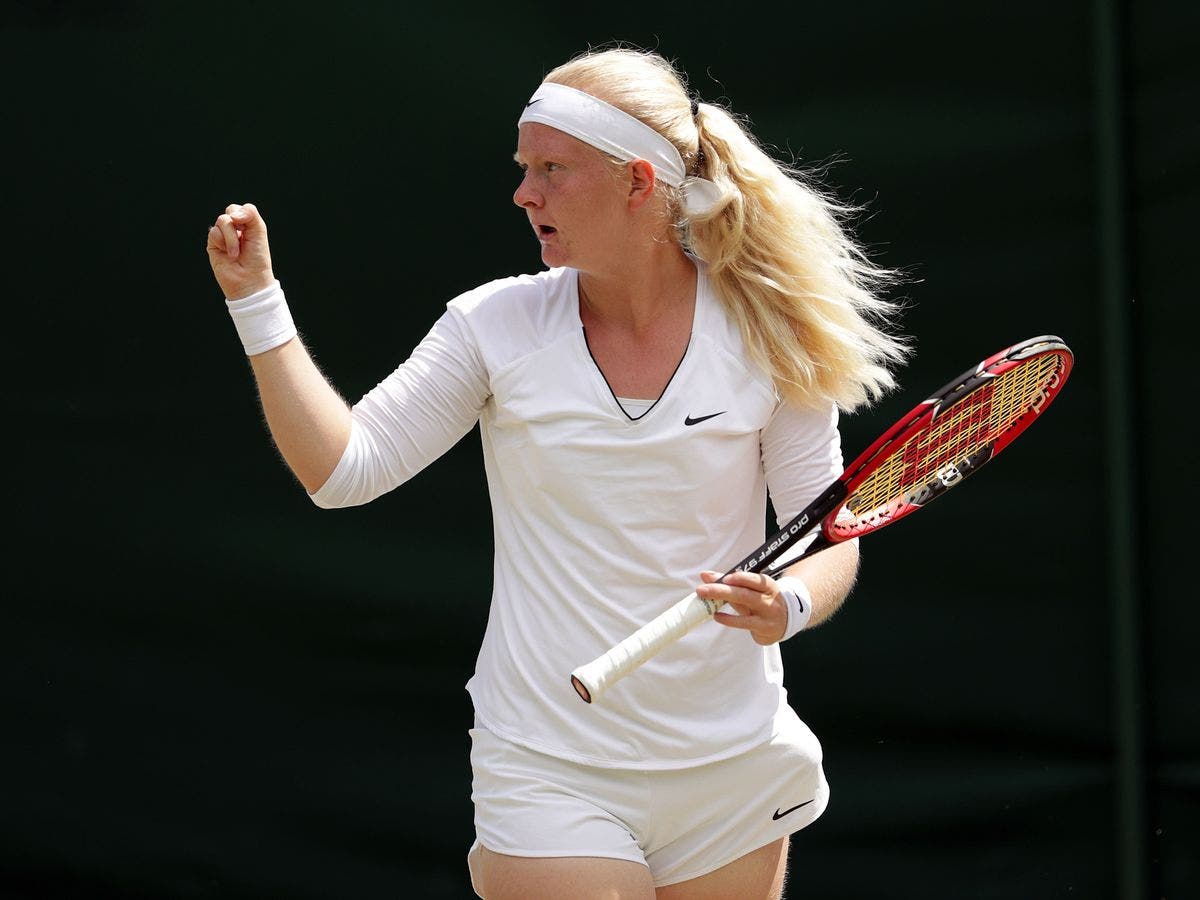 British tennis player Francesca Jones has reached the main draw of the 2021 Australian Open. It was a remarkable achievement for the 20-year-old British player, who suffers from a rare genetic impairment, the ectodactily-ectodermal dysplasia syndrome.

The player from Bradford was born with a congenital condition. Jones only has three fingers and a thumb on each hand, three toes on one foot and four toes on the other. This rare genetic conetic often affects the fingers and toes and requires adaptive surgery.

As she was a child, doctors told her that she could never pursue a tennis career. She has already underwent ten operations.

Jones joined the Sanchez Casal Academy in Barcelona at the age of 10.

At the Australian Open qualifying tournament in Dubai Jones beat Monica Nicolescu 6-3 6-2, Jana Fett 7-6 (9-7) 2-6 6-1 and Lu jiajing 6-0 6-1 to advance to her first main draw of a Grand Slam tournament. In the third qualifying match Jones played against Lu, who is ranked 40 positions ahead of the British player in the WTA Ranking and has more experience.

The British player is the only one of British five entrants to get through the opening round of the qualifying tournament. She is ranked world number 241 and has never played in a Grand Slam Main draw.

“The way I see it is that I am just playing the game with a different set of cards, but it doesn’t mean those cards still can’t win the game. Doctors said I would never become a professional. When someone says to you at eight, nine years old that you can’t do something, I suppose most people would be heartbroken, but I just tried it on the chin and see how I could prove that person wrong and also prove to myself that I could do what I wanted to, and encourage the others to do so too, because I think there are so many children that are limited by what others say”, said Jones to the BBC.

Jones will travel from Dubai to the Australian Open and start the 14-day mandatory quarantine.

“I am overjoyed and am really looking forward to Australia now. I have never been there and I am sure it will be a great experience. Every draw will be fascinating. I look forward to every match I can play, whether it’s Serena Williams or a qualifier”, said Francesca Jones.