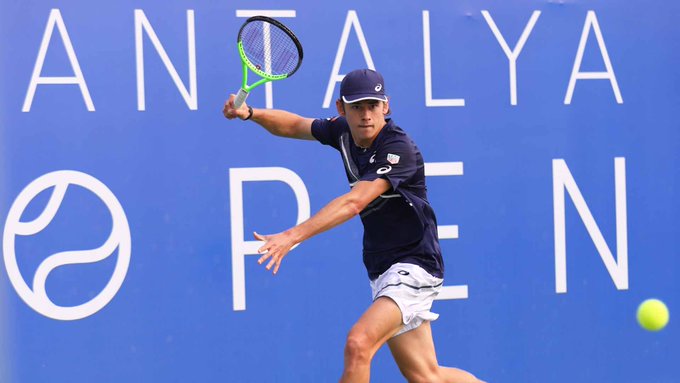 De Minaur went up a double break to take a 4-1 lead in the second set. The young Aussie player saved a break point in the sixth point. As Andreev was serving to stay in the match, De Minaur sealed the win with on his fourth match point.

The Australian player of Spanish origin will be looking to win his fourth ATP Tour title after his three triumphs in Sydney, Atlanta and Zhuhai in 2019. He also finished runner-up in five more finals in Sydney and Washington in 2018, Basel in 2019 (losing to Roger Federer), Antwerp in 2020.

Italy’s Stefano Travaglia beat Finland’s Emil Ruusuvuori 7-6 (7-4) 6-2 after 1 hour and 45 minutes. Ruusuvuori went up an early break in the second game to take a 3-0 lead. Travaglia broke back in the fifth game to draw level to 3-3. The Italian player got a mini-break on the fourth game and earned two set points at 6-4. The world number 75 missed his first chance but he got his second mini-break to win the tie-break 7-5. Travaglia broke serve to 30 in the fourth game to open up a 3-1 and dropped just three points in his final two service games to win the second set 6-3.