Vincenzo Santopadre: "The top priority for Matteo Berrettini is to remain healthy" - UBITENNIS 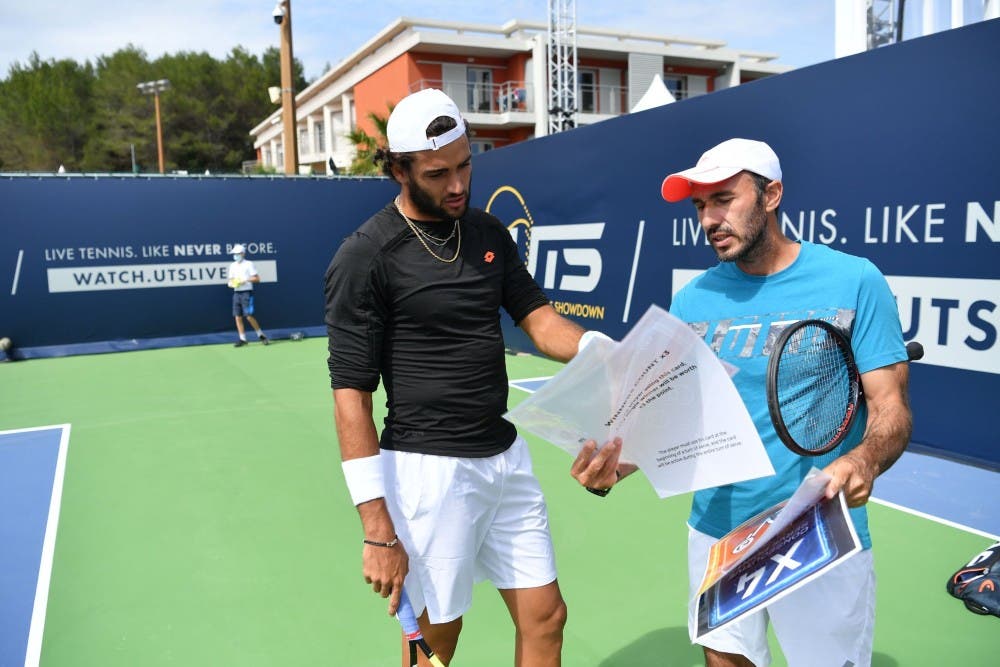 Italian coach Vicenzo Santopadre talked about Matteo Berrettini’s preparation for the 2021 season in an interview to the Italian Tennis Federation.

The main focus ahead of the next season is to remain healthy, work on his physical preparation and work on the court. Berrettini ended a up-and down season ranked world number 10 and was alternate at the ATP Finals in London. The Italian player lost to Andrey Rublev in the US Open fourth round and reached the second round at the Australian Open and the third round at the US Open. He was one of the five Italian players to advance to the third round at Roland Garros. At Masters 1000 level he advanced to the third round in Cincinnati in the quarter final in his home city Rome.

“Our training for the 2021 season started one month ago at the ATP Finals in London. We travelled to London with the idea to train very hard for ten days focusing on his physical preparation and his tennis on the court”,said Santopadre.

After a short holiday with his girlfriend Ajla Tomljanovic Berrettini is now training in Monte-Carlo.

“Monte-Carlo is perfect for training. Many professional players are based in Monte-Carlo. In the past few days Matteo trained with Stan Wawrinka, Fabio Fognini, David Goffin and his brother Jacopo Berrettini. The top priority is to remain healthy. We are working on prevention and his physical preparation. Matteo struggled a lot in the past season. He was hindered by many problems, which prevented him from performing at his best level. We are doing everything to improve his tennis. After a successful 2019 season we needed to find a balance. We have learned a lot from this strange 2020 season. It’s natural that a young player has not reached a mental stability after achieving such a high level”, said Santopadre.

Santopadre also talked about Berrettini’s plans for the 2021 season.

Italian tennis is enjoying a great period. Eight players ended the 2020 season in the top 100 of the ATP Ranking. A new generation of players led by Jannik Sinner and Lorenzo Musetti came to the fore this year.

“Sinner and Musetti achieved incredible results. They are very good guys and have a good attitude on and off the court. They must be an example for Italian tennis”.

Bianca Andreescu is getting ready to make her comeback in 2021

Details Of 2021 Calendar Start To Surface Ahead Of Official Announcement