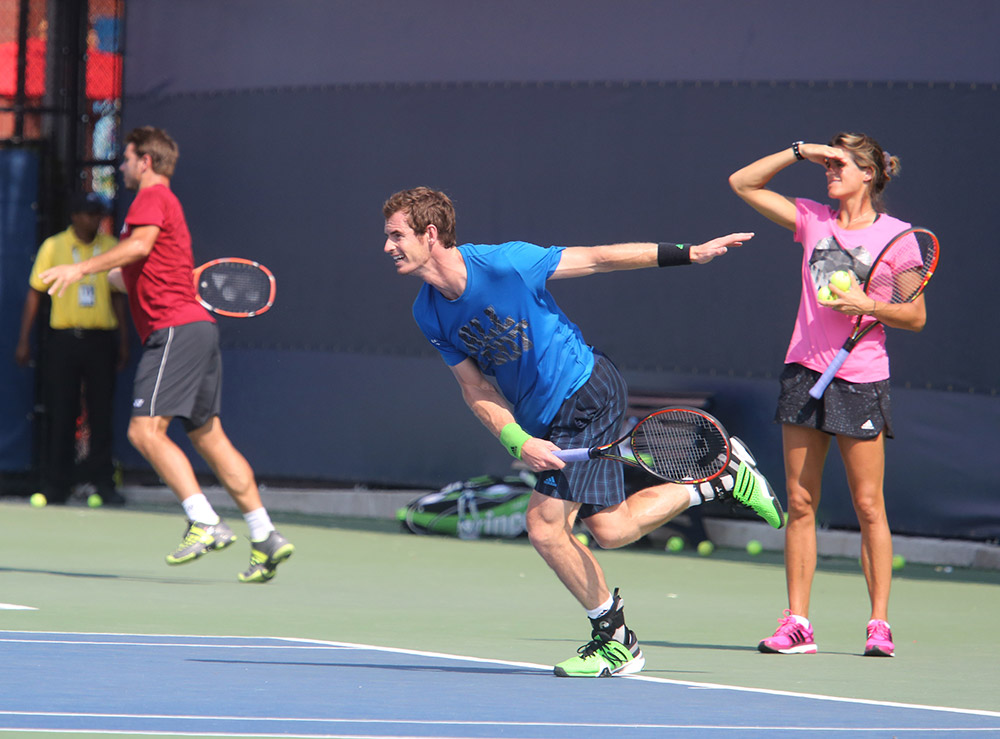 Andy Murray says he was ridiculed by some when rumours started to emerge that he was going to appoint a woman as his head coach.

The three-time Grand Slam champion was mentored by Amelie Mauresmo between 2014-2016 who herself is a former world No.1 on the women’s tour. Although Murray admits that his decision was one that was treated somewhat differently by both the media and those on the Tour. It still remains rare that a top player on the ATP Tour is coached by a female.

Speaking on Sky Sports’ Driving Force programme, Murray recounted the reception he received when news started to emerge that he was thinking about appointing a female member to his team. At the time he had just parted ways with Ivan Lendl, who guided him to two Grand Slam titles as well as a gold medal at the 2012 Olympic Games.

The 33-year-old believes Mauresmo was scrutinized more than any of his other coaches by the media. During their time together he won seven titles, including his first two on the clay. However, he failed to win Grand Slam trophies. The two ended their partnership with a ‘mutual agreement.’

“I never had experienced that before because I’d never worked with a female coach on the tour. And then it’s kind of spiralled from there that when I started working with her, yeah, there was negative press towards her,” he explains.
‘Every time I lost the match, which was never the case kind of, when I lost matches previously in my career, nobody questioned my coach. In tennis generally, it’s the individual that gets questioned. And that wasn’t the case when I was working with Amelie.
‘It’s one of my regrets that I didn’t win a Grand Slam when I was working with her. And for people, a lot of people, that was considered a failure because I didn’t do that.”

The experience failed to deter Mauresmo from continuing her work in men’s tennis. After Murray she coached fellow Frenchman Lucas Pouille until October this year when she stepped down from the role due to family-related issues. Mauresmo has also previously been selected to captain the French Davis Cup team but didn’t take the role because she wanted to work with Pouille instead.

“I feel like she was harshly judged by a lot of people just purely because she was a woman,” Murray concluded.

According to the ATP, only one member of the year-end top 20 have listed a female as part of their primary coaching team. Denis Shapovalov is coached by his mother Tessa, as well as Mikhail Youzhny.