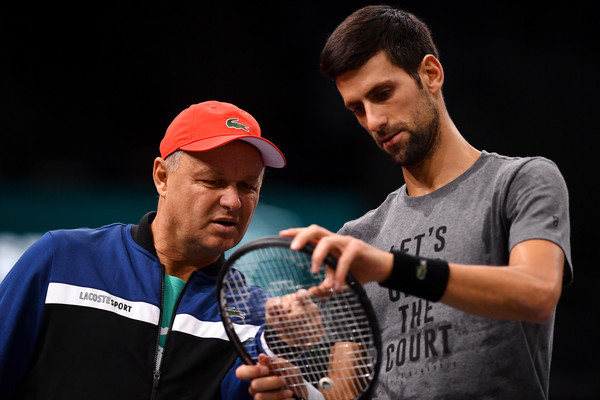 The ongoing uncertainty concerning the start of the new season is likely to present challenges for Novak Djokovic, according to his principal coach.

Marian Vajda says the team expects to face some sort of difficulty when it comes to what he describes as the ‘organizational point of view.’ Players are currently awaiting confirmation about what the plans for the start of 2021 will be. It had been hoped that they would be allowed to enter Australia next month to begin their 14-day quarantine but such a motion was denied by government officials. At present Tennis Australia is in negotiations with local officials. It is being reported that the Australian Open, which Djokovic is the defending champion of, will likely be delayed by a couple weeks.

“It will be very strenuous from an organizational point of view. We will see when the Australian Open starts and whether the preparatory tournaments, which are still on the schedule, take place,” Vajda told Aktuality.sk.
“It would be great if there was a bubble at the Australian Open as in New York and Paris and everything would take place right on the campus in Melbourne.”

Whilst there is yet to be an official announcement, the ATP has informed their players that they will be allowed to practice during quarantine via an internal statement. Although they will be separated from the community and be expected to strictly follow the protocol.

World No.1 Djokovic will be hoping to continue his momentum from 2020 into the new year. He has achieved a win-loss record of 41-5 and won four titles. The second highest on the Tour after Russia’s Andrey Rublev. The performance helped the Serbian secure the year-end top spot for a record-equalling sixth time along with Pete Sampras.

“Novak has achieved an incredible performance, being the sixth year-end world (No.1) is a fantastic achievement,” Vajda commented. “He has met the goal he set at the beginning of the season. In the future, he has a vision to break their record.”

Despite the success, Djokovic’s mentor admitted that he was unsure if he would be in good form when the Tour restarted after its break due to COVID-19. During the intermission, the tennis star co-founded the Adria Tour which ended early following an outbreak of the virus which Djokovic himself also contracted.

“I appreciate that Nole achieved successful results even after the restart of the season,” he said. “I was a little worried about if he would be fit and he also overcame the coronavirus.’
“The tournament in New York had the unfortunate quarter-final disqualification at the US Open, he could have gotten far there as well.”

Vajda has confirmed that Djokovic will start his off-season training on December 10th.