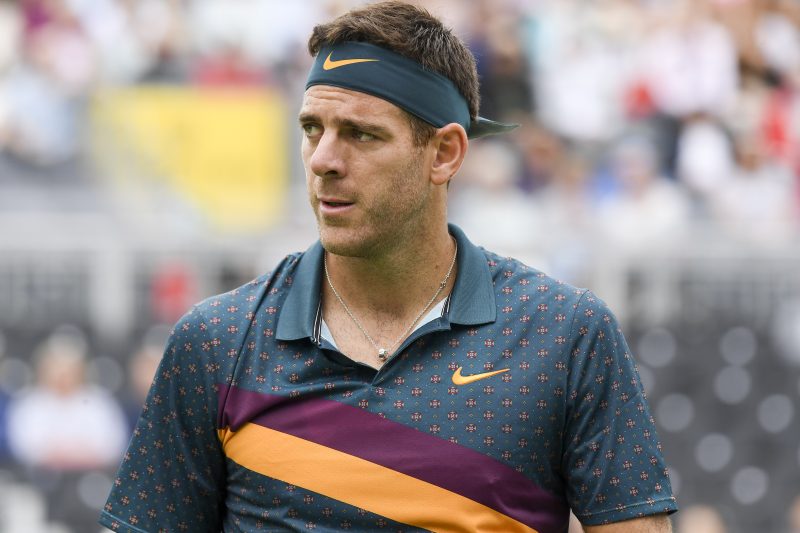 Former US Open champion Juan Martin del Potro has insisted that he isn’t done playing tennis just yet as he aims to make a return in 2021.

The former world No.3 hasn’t played a competitive match since his loss to Dennis Shapovalov at the 2019 Fever-Tree Championships in London. It was during that match where the Argentine sustained a serious knee injury for the second time. He broke his patella for the first time during the 2018 Shanghai Masters and has since undergone three surgeries with the most recent occurring in August.

It is still unclear as to when the 32-year-old will be ready to return to competitive tennis but one of his goals is to play at the Tokyo Olympics next summer. He is already a two-time Olympic medallist after winning bronze in 2012 and silver in 2016.

“I have been fighting with my knee. It’s hard for me to come back, it’s a reality,” Ole.clom quoted Del Potro as saying during an interview with ESPN Deportes.
“I still stand by the desire to play again that I have, and I don’t think I have to close this stage (my career) yet.’
“I want to be at the Olympic Games, that makes me continue to be excited. Because of the damn pandemic, they will go to next year. I think it would be a prize to represent Argentina once again. That is why I am going to continue fighting.”

After winning his maiden Grand Slam title back in 2009, Del Potro’s career has been blighted by various injury setbacks which has resulted in a total of seven separate surgeries. He has spent nine or more months away from the tour due to injury on four separate occasions.

Should all go to plan and Del Potro return to the court in 2021, some are wondering if that will be the start of a possible farewell Tour. During his interview with ESPN, he said he wants to return in order to thank those who has helped him during his career.

“I had set the limit when I operated on my wrists for the third time, then with the second on my knee, and with the third,” he commented on his surgeries.
“I love tennis, I want to meet again with all the people who helped me make this career. And I want to do it from inside the court, not from outside. That is my natural place.”

Del Potro has won 13 ATP titles in his career, as well as two Olympic medals. He has earned more than $25 million in prize money which is more than any other Argentine player – male or female – in history.

Despite his lengthy absence, the Argentine remains ranked in the world’s top 200 at 154th.