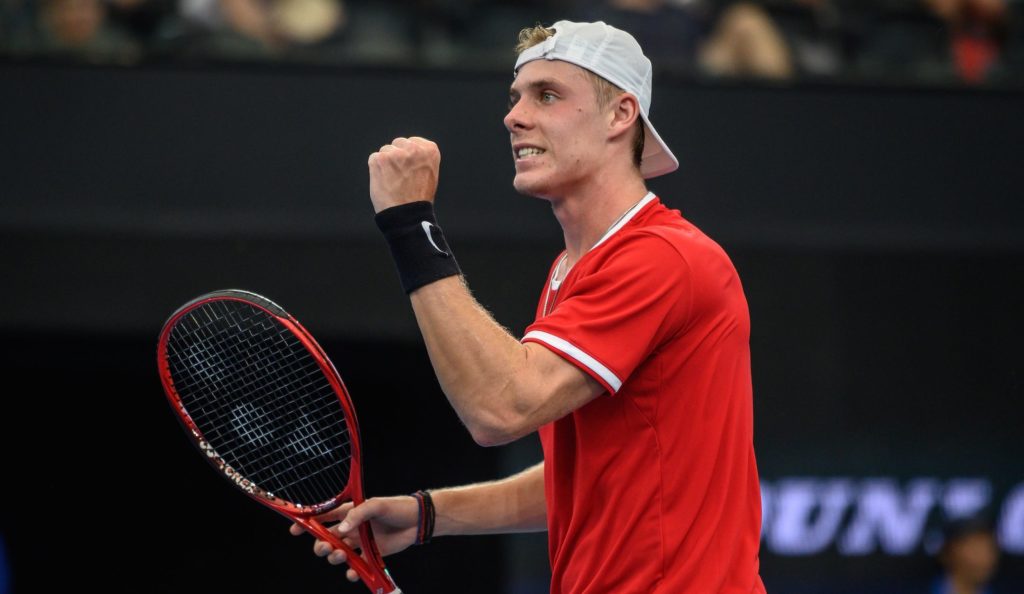 Heading into his final tournament of the year in the Bulgarian capital of Sofia Denis Shapovalov believes he has what it takes to be among the best in the world on a consistent basis.

A run to the quarter-finals of the US Open aided the Canadian to crack the world’s top 10 for the first time in his career at the age of 21. Becoming only the second male player from his country to do so after Milos Raonic. Following his New York breakthrough, Shapovalov reached the semi-finals of tournaments in Rome and St. Petersburg. Bringing his win-loss record to 17-14 so far this year.

Currently ranked 12th in the world, Shapovalov has had a slight lull in his form on the tour in recent weeks. In his past two tournaments he lost his opening match to players ranked lower than him. In Cologne he fell to world No.58 Gilles Simon and then was stunned by world No.153 Jurij Rodionov in Vienna. Rodionov is the lowest ranked player to have beaten him this year.

“I am getting a little bit physically tired and have some issues. But I think I played really well after the season came back (from the COVID-19 break),” he explained.

Shapovalov is the top seed in Sofia this week, followed by compatriot Felix Auger-Aliassime. Another rising star who is a year younger than him. Canada currently has four players in the ATP top 100 with three of those being in the top 25.

The first test for the top seed will be a meeting with Radu Albot. A 30-year-old player from Moldova who has never played Shapovalov on the Tour before.

“I think anyone in the draw is very difficult. Every tournament this year has been very strong. Definitely, there are no easy matches. But I have been practising well, and I feel really well, so I am excited to get going,” he stated.

After this week, Shapovalov will have some much needed rest before beginning his off-season training. Although he admits to being unsure about his plans for the start of 2021 due to the uncertainty caused by the COVID-19 pandemic. The ATP Tour is set to kick-off in Australia but it is still unclear as to what tournaments, besides the premier Australian Open, will go ahead. Officials are still awaiting official confirmation from local government officials.

“It is impossible for me to say what I’m going to do because nobody knows what is going on,” he said.
“There is no information for the players and it is tough to plan anything now.’
“I understand they are trying their best. There are some issues with the government. It is difficult for players. I honestly got no idea what I am going to do.”

Shapovalov will play his first round match at the Sofia Open on Tuesday.