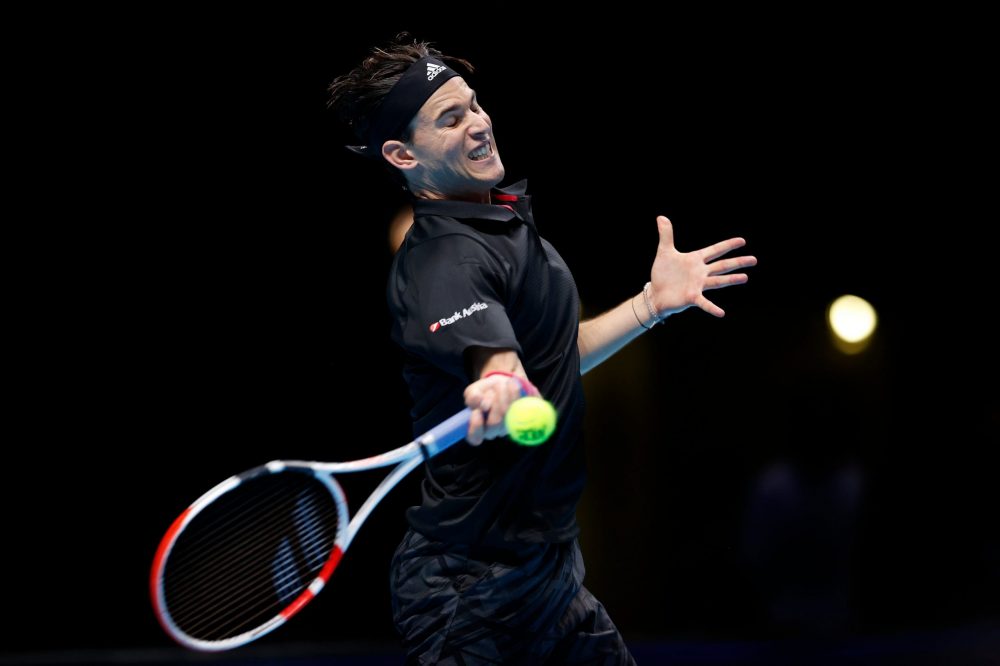 Dominic Thiem has kicked-off his campaign at the ATP Finals with a roller-coaster 7-6(5), 4-6, 6-3, win over Stefanos Tsitsipas on Sunday.

Thiem, who had lost to his rival in two out of their three previous meetings on the Tour, faced some stern resistance before battling to his 30th win over a top 10 player in his career. In a match of fine margins, the Austrian hit eight aces and 31 winners whilst dropping serve only once.

“It was a very tough match. We both served well and that conditions are fast,” Thiem said afterwards.
“I can’t have any slow starts to any of my matches here (at The O2) against top 10 players.’
“Over the last few years I experienced how important it is to have a good start to this tournament. Ideally win the first match and I am very happy that I have done that.”

The showdown was a case of deja vu for both players who also faced each other in the final of the same tournament 12 months ago. Like their previous encounter, there was little to distinguish between Thiem and Tsitsipas earlier on. The opening set saw neither player drop serve despite Thiem having a trio of opportunities to break in two separate games.

It would be a roller-coaster tiebreak that would separate them with the US Open champion having to bounce back from a mini break early on. Doing so with the help of a forehand cross-court winner to narrow Tsitsipas’ lead to 5-4. Continuing to weather the storm, Thiem battled to his first set point with the help of a serve down the line that was returned out, before clinching the opener with the help of an unforced error from his opponent.

After squandering his lead in the tiebreaker, defending champion Tsitsipas managed to regain momentum in the second set by breaking early on. In the third game a forehand passing shot from the Greek enabled him to grab a critical break for the first time in the match. The breakthrough was enough of a margin to help him level up at one set a piece as Thiem struggled to find a way to break down his serve.

Going the full distance is becoming a regular occurrence in the Thiem-Tsitsipas rivalry. In three out of their seven previous meetings the match has gone to a decider, including their two most recent. With all to play for it was Thiem’s turn to pounce once more. A combination of a forehand passing shot followed by a winning drop shot enabled the Austrian to break en route to a swift 3-0 lead. Much to the bemusement of a frustrated Tsitsipas. Thwarting any threat coming from across the court, Thiem sealed the win after 137 minutes of pulsating tennis.

“I’m feeling physically better than last year’s (tournament), that’s for sure,” said Thiem. “But I think the bubble life is exhausting as well. It is a very new experience for all of us with all the testing and is happening around the world with the tournaments.’
“I’m just grateful that events like this is still happening.”