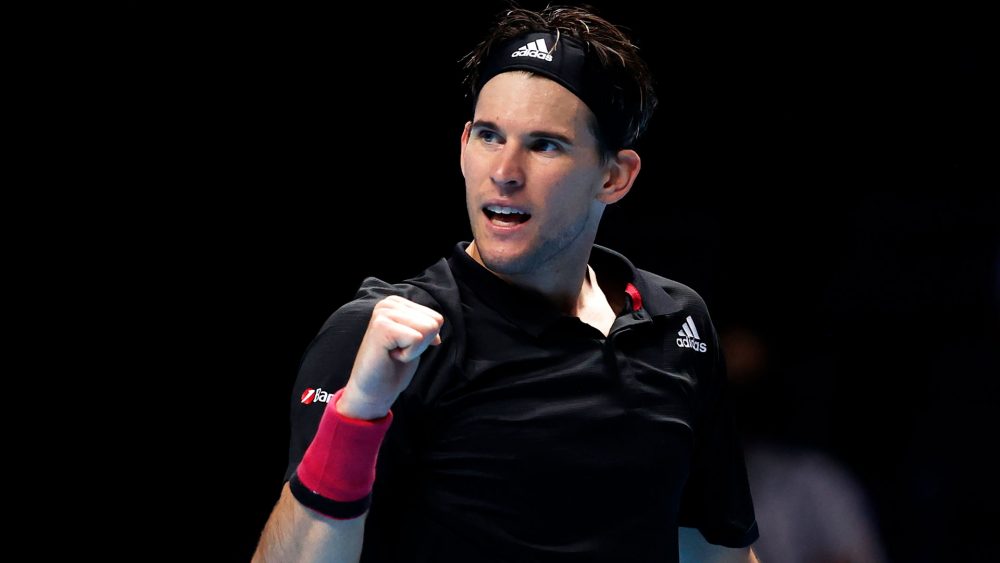 World No.3 Dominic Thiem will be targeting glory at the Olympic Games next year after previously casting doubts over playing at the event.

The US Open champion confirmed on his website that he will be playing at the Games because the event ‘fits into his schedule’ and he wants to experience what his coach went through. Mentor Nicolas Massu is a two-time Olympic champion after winning both the singles and doubles titles at the 2004 Athens Games. The 41-year-old is the first and only athlete from Chile to have won multiple gold medals.

“I am going to participate at the Olympic Summer Games in Tokyo starting on July 23! I have been thinking about it for a longer period of time, and next year it eventually fits into my tournament schedule,” Thiem wrote on his personal website.
“I am looking forward to it to compete for a medal. My coach Nicolas Massu won two gold medals in Athens in 2004, he told me about the incredibly wonderful emotions. I want to feel these kind of emotions myself. For an athlete the atmosphere at the Olympics must be unique, I want to soak it all up.”

Thiem’s commitment is a big U-turn compared to that of the past. Prior to the 2016 Rio Olympics, which he didn’t play in, he said that the Olympics were only important if you win a medal. During the same interview he added that he would rather play on the ATP Tour and in the Davis Cup.

“I’m not a big fan of the Olympic Games. The ATP calendar is a bit complex due to the Olympic event,” he told TennisNet in 2015.

The Tokyo Games were meant to take place earlier this summer, but had to be postponed due to the COVID-19 pandemic. The tennis tournament is set to be held at the Ariake Coliseum which usually hosts the Pan Pacific Open. Thiem will be bidding to become the first player from his country to win a medal in the Open Era. The only other Austrian to have won a medal at the Games was Felix Pipes who won a silver in the doubles competition back in 1912.

Besides his Olympic ambitions for 2021, Thiem has also confirmed that he will be playing in the Laver Cup. A team event that features Team Europe takes on the rest of the world. The competition is officially part of the ATP calendar but offers no ranking points.

“On the one hand everybody is completely serious about it, everybody wants to win this trophy – on the other hand we have so much fun, the best tennis players present themselves as friends and cheer for each other,” he commented about the three-day competition.

The Laver Cup will take place after the Olympics in September.

Start To 2021 Season Likely To Be ‘Very Strenuous’ For Novak Djokovic, Says Coach