Danil Medvedev: "It's not going to be easy against Thiem" - UBITENNIS 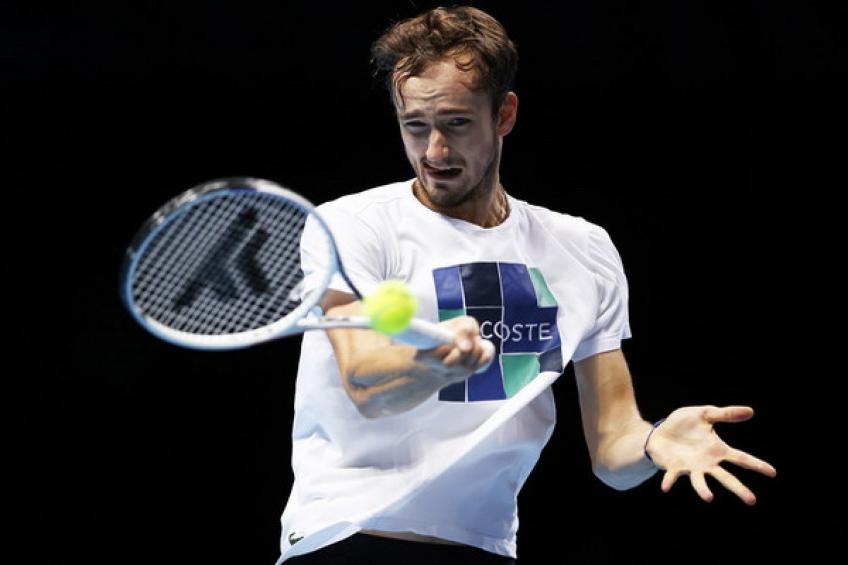 Danil Medvedev came back from one set down to beat world number 2 and 20-time Grand Slam champion Rafael Nadal 3-6 7-6 (7-4) 6-3 in the semifinal of the ATP Finals reaching his maiden ATP Finals title match.

“To beat Rafael, you need everything, a good backhand, good forehand, working that day. Mentally you need to be strong, because he is there for all the points. I really felt strange until 5-4 for him in the second set, when he was serving for the match. It felt like I was doing like great shots but there was no link in my game and that was why I was losing. Rafa was better in the important moments.”, said Medvedev in the post match press conference.

Medvedev remains undefeated at this year’s edition of the ATP Finals and will face Dominic Thiem in tonight’s final.

The top four players of the ATP Ranking reached the semifinals of the Nitto ATP Finals for the first time since 2004. It will be the sixth consecutive year with a different Nitto ATP Finals champion.

Both Medvedev and Thiem beat the top two seeds of the ATP Finals Novak Djokovic and Rafael Nadal.

“It’s great that we managed to beat two of the biggest players in the history of sport. I think it’s super for tennis. We are starting to take our marks. Dominic won his first Slam and he is playing unbelievable tennis right now. It’s not going to be easy. Hopefully I can play good like this. I can cause him some troubles”, said Medvedev.

Thiem and Medvedev first met in an early-round junior match in Umag. At that time Medvedev was just 14 years, while Thiem was the reigning Roland Garos Junior champion.

“Dominic destroyed me 2-0. I think I maybe made a tweener winner if I am not mistaken. Actually I lost the memory of this match, and he reminded me of it in some interview one time about it. I had a crazy attitude on the court then, like ten times worse than right now. Thiem told me after the match: You are going to have a good future maybe, but you need to be a little bit more calm”, recalled Medvedev.

The Austrian player leads 3-1 in his four head-to-head matches against his younger Russian rival.

Thiem beat Medvedev in the quarter finals in St. Petersburg in 2018, in the final in Barcelona in 2019 and and in the semifinal at the US Open this year. Medvedev scored his only win against Thiem in the quarter finals of the Rogers Cup in Montreal in 2019 during the impressive North American campaign, when he won his maiden Masters 1000 title in Cincinnati and reached his first Grand Slam final at the US Open. Medvedev reached six consecutive finals and won three titles last year.

Medvedev praised Thiem, who edged Novak Djokovic in the semifinal in a very tight match on Saturday to reach his second consecutive title match at the ATP Finals.

“I think Dominic is an amazing player. I think it’s going to be great tennis. When I lost against him at the US Open, I was sitting in the locker room and I was like: ”I was playing good in this match”. However, he managed to do it, he won his first Grand Slam. The first two times on Centre Court I practised here was with him. We had good rallies. It was  a really good level of tennis and I said to my coach: “He can go fare here”. I don’t know if he said the same, but I am going to see him tomorrow”, concluded Medvedev.

No Regrets, No Goals For Dominic Thiem After ATP Finals Heartbreak