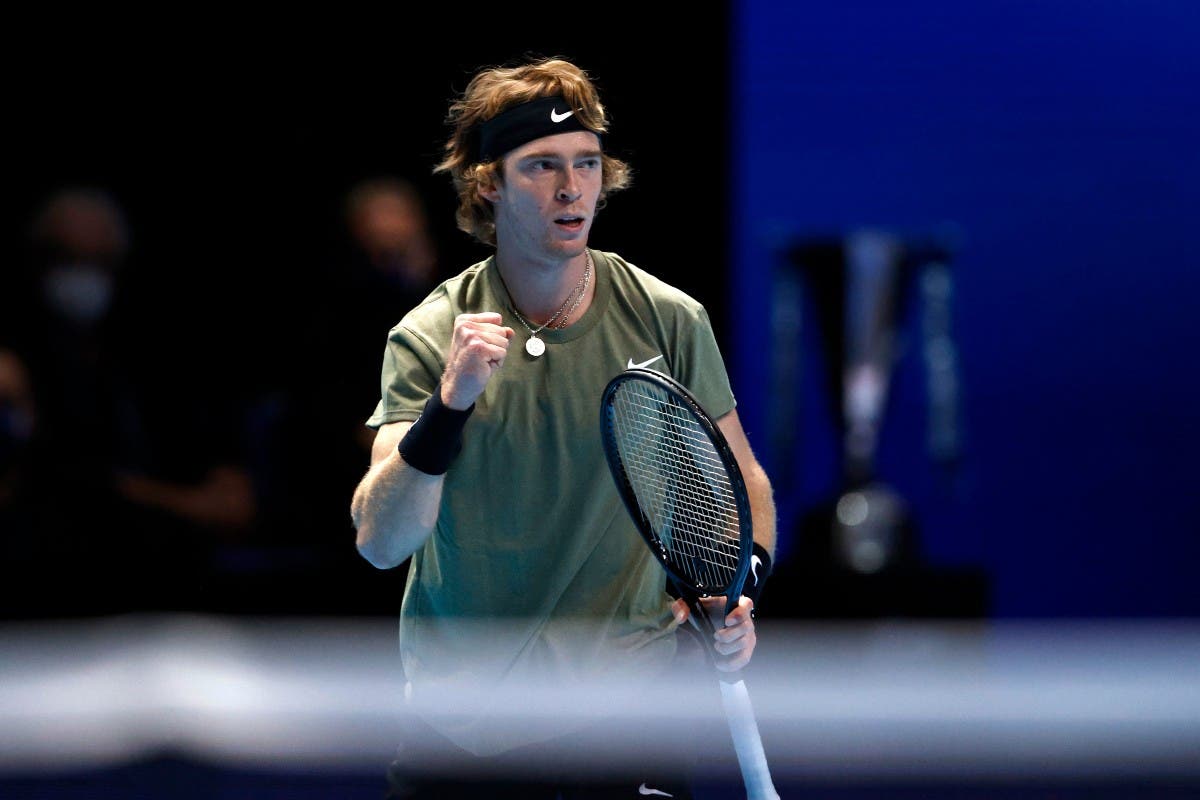 Too much shouldn’t be read into Andrey Rublev’s performance on the ATP Tour this season, according to the last Russian man to hold the world No.1 ranking.

Marat Safin has poured cold water over the achievements of his compatriot who has won more titles in 2020 than any other player on the ATP Tour. 23-year-old Rublev has won two 250 and three 500 tournaments within the past 12 months. An achievement that helped elevate him to a ranking high of eighth in the world and secured his first appearance at the ATP Finals earlier this month.

Although Safin, who worked alongside Rublev in January when he captained the Russian team at the ATP Cup, believes that no significant breakthrough has occurred because he hasn’t won what he describes as a big tournament.

Rublev reached the quarter-finals of both the French Open and US Open this year, making it the first time he has done so within the same season. In the Masters 1000 events, his best run was to the third round in Paris where he lost to Stan Wawrinka.

“Andrey needs to switch and play in major tournaments,” said Safin.
“He can beat many, you need to go to the semi-finals and the Grand Slam finals to be in the top three.”

Safin’s views are one that he had himself during his career. When questioned about his decision to step away from the sport at the age of 29, he said he did so because he wasn’t prepared to be second fiddle to the Big Three. During the later stages of his career he was also blighted by a knee issue.

Despite the criticism, he insists that there is no conflict between them and they are ‘constantly in touch’ with each other. Joking that he needs to give the world No.8 a ‘slap on his head’ for losing a tightly contested match against Stefanos Tsitsipas at the ATP Finals.

“He knows himself that he has let go. He has a rich arsenal, good physics, light on his feet. He understands what I’m talking about,” Safin explained during his evaluation of Rublev’s game.
“Andrey needs to learn not to break down in stressful situations. In general, many people do not understand what professional sports are. The sport of elite achievement is not about learning to hit with different hands and go to play, but how long you can withstand a stressful situation.”