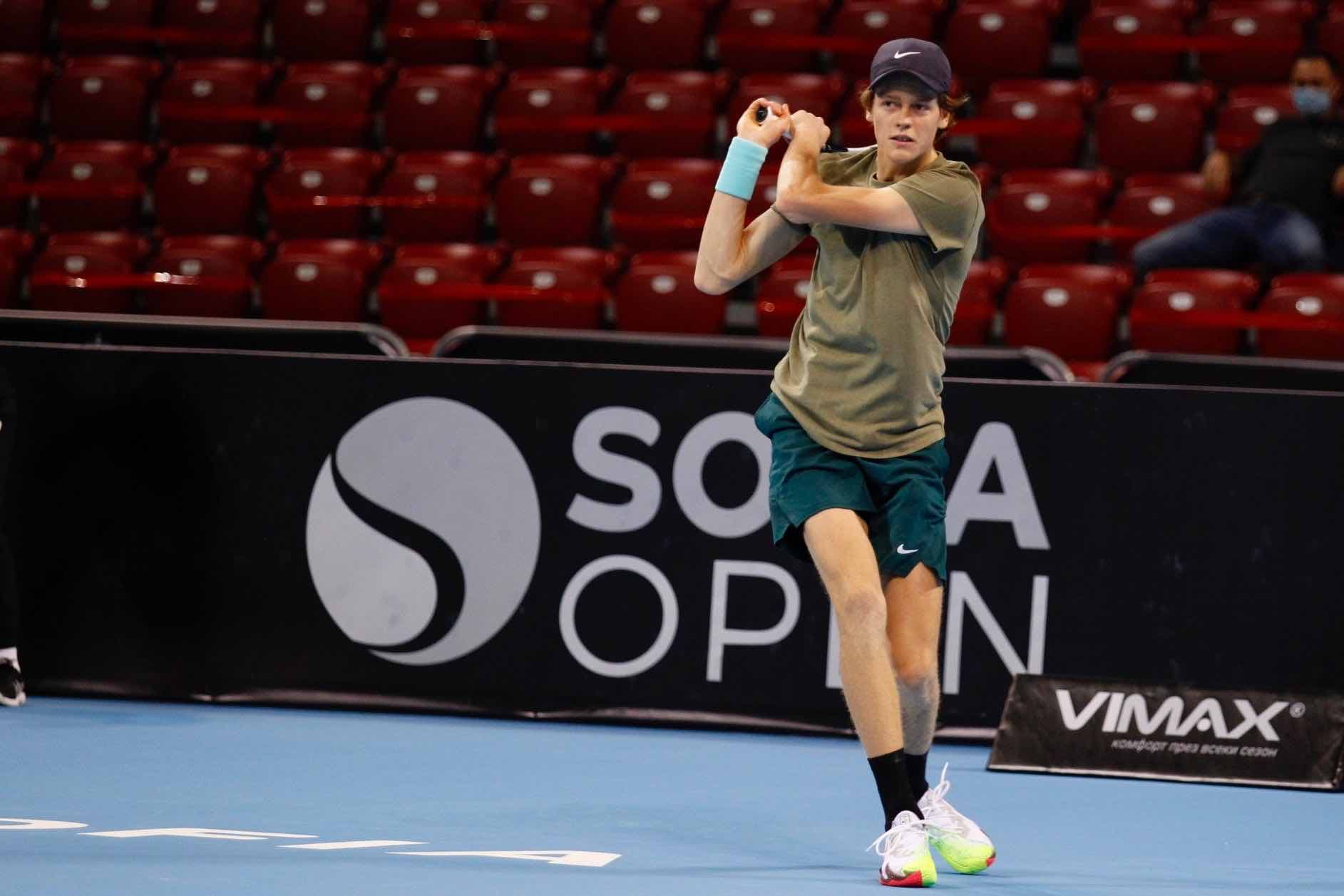 Last year’s Next Gen ATP Finals and Roland Garros Jannik Sinner beat Swiss lucky loser Marc-Andrea Huesler 6-3 6-4 after 1 hour and 18 minutes in a hard-fought match at the Sofia Open with a break in each set (at 4-3 in the firset set and at 3-3 in the second set).

Huesler, who reached the semifinal in Kitzbuhel starting from the qualifying round, saved a break point in the second game of the opening set. Sinner fended off two break points in the fourth game before converting his second break point in the eighth game to open up a 5-3 lead after a double fault from Huesler. Sinner served out the first set on his first set point with an ace.

The second set went on serve until the seventh game, where Sinner earned a set point with a backhand and a forehand down the line on return. Huesler saved it as Sinner made a volley error. Sinner got a break for 5-3 after a double break from Huesler and served out the win on his first match point.

Sinner has reached his fourth quarter final of the season. The Italian player advanced to his first Grand Slam quarter final at Roland Garros becoming the youngest major quarter finalist since Bernard Tomic at 2011 Wimbledon.

Sinner set up a quarter final against Australia’s Alex De Minaur in a re-match of last year’s Next Gen Finals title match in Milan.

“I felt very well on the court. I have enough energy and it was a problem for me to play two match on consecutive days. I am ready for tomorrow. Huesler is a good player and it was difficult to play against him in these conditions. He relies on his strong serve and it’s difficult to find rhythm against him. De Minaur is a solid player. He moves very fast. I still have to prepare how to play against him. The basic plan is always the same, try to make him move, playing deep. We clashed last year at the Next Gen Finals in Milan last year. It will be the most difficult match since the start of the tournament. I enjoy playing indoors especially at the end of the year”, said Sinner.

“I am obviously very happy with the win today against a tough opponent. It was an incredibly tricky match and I am very happy I was able to get the win and have a good, positive start to the Sofia Open”, said De Minaur.

Caruso set up a quarter final match against Richard Gasquet, who beat Jonas Forejtek 6-4 6-2. Gasquet converted on his third break point in the third game of the first set. The Frenchman broke twice in the third and seventh games at deuce and served out the win on his second match point.

Simon earned the first break of the match in the fifth game. Millman converted his fifth break-back point in the eighth game to draw level to 4-4. Millman closed out the first set 7-5 with his second break in the 12th game.

Millman went up a set and a break in the second game at deuce to take a 2-0 lead. Simon won three consecutive games with a break-back to take a 4-2 lead. Millman broke back in the eighth game to draw level to 4-4. The tie-break started with five mini-breaks. Simon got four mini-breaks to win the tie-break 7-4.

Millman got a double break in the first and fifth games to take a 5-1 lead. Simon saved two match points in the seventh game, as he he was serving to stay in the match, but Millman served out the third set 6-2 on his third match point.

“I feel tired now. I have played with Gilles before and hit with him a lot. He is so physical and hard to hit winners against. You know you are going to be in a bit of a war against him. Gilles uses pace so well and you need to be patient. He fends off people overplaying and he is so good at closing the court up”, said Millman.

Nadal At 1000: The Fearless Teen Who Won A Junior Tournament With A Broken Finger Has Become A Timeless Legend