Will He Crack The Top 10 In 2021? Jannik Sinner Speaks Out After French Open Breakthrough - UBITENNIS 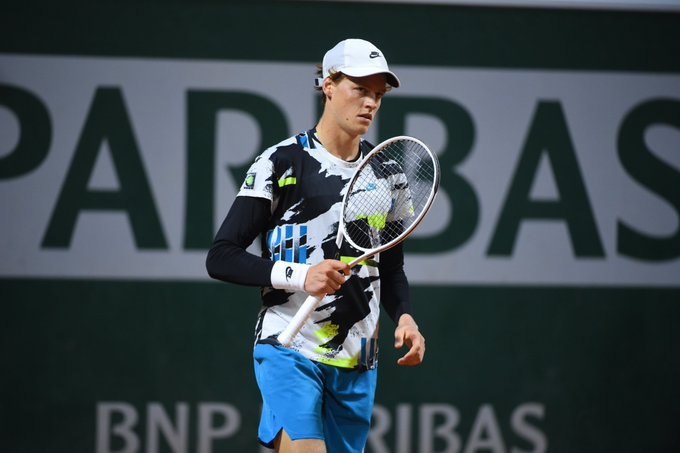 At the age of 19 Jannik Sinner finds himself potentially on the same trajectory as some of the biggest names from the world of men’s tennis.

The Italian Next Gen sensation made headlines at the French Open after defeating Alexander Zverev in four sets to reach the quarter-finals. In the process he became the first male player to do so on his debut since Rafael Nadal in 2005 and the youngest to do so since Novak Djokovic in 2006. Sinner is already the only player aged 19 or under to be ranked inside the top 100 on the ATP Tour.

Sinner’s fairytale run in Paris came to an end in the early hours of Wednesday morning when he lost in straight sets to the formidable Nadal. A player who has won 98 out of 100 matches played at the tournament. Although the world No.75 did illustrate his potential and was a break up against the Spaniard in each of the first two sets.

“His game’s improving all the time and I still think there are areas he can do better,” former world No.4 Tim Henman said of Sinner whilst speaking on Eurosport’s The Cube. “His first serve is improving, his movement is OK, but I think he can get faster and stronger.’
“This time next year, I expect him to be in the top 10, he’s that good a prospect.”

Amid the hype surrounding him at present, the teenage tennis star says he is determined to stay grounded over the coming months. Playing down comments from Henman and others about potentially cracking the top 10 before the end of next year. To put the milestone into perspective world No.1 Novak Djokovic entered the top 10 for the first time two months before turning 20.

“I’m a person who looks not in the future and not in the past, always in the present,” Sinner said after his loss to Nadal.
“At the end you have to show everything. I haven’t won anything until now. Okay, the NextGen Finals, it’s one tournament.’
“It’s just head down and trying to improve, trying to play hours after hours on court, which I need to do. I have a great team behind me. We will see in 12 months where I am.”

Whilst there is still work for him to do in terms of physicality, Sinner does seem to be more mature than others his age when it comes to the mental side of the game. Against Nadal he wasn’t overwhelmed by who he was facing or the fact he was playing in his first Grand Slam quarter-final.

After his French Open run, Sinner is set to crack the world’s top 50 next week for the first time in his career.