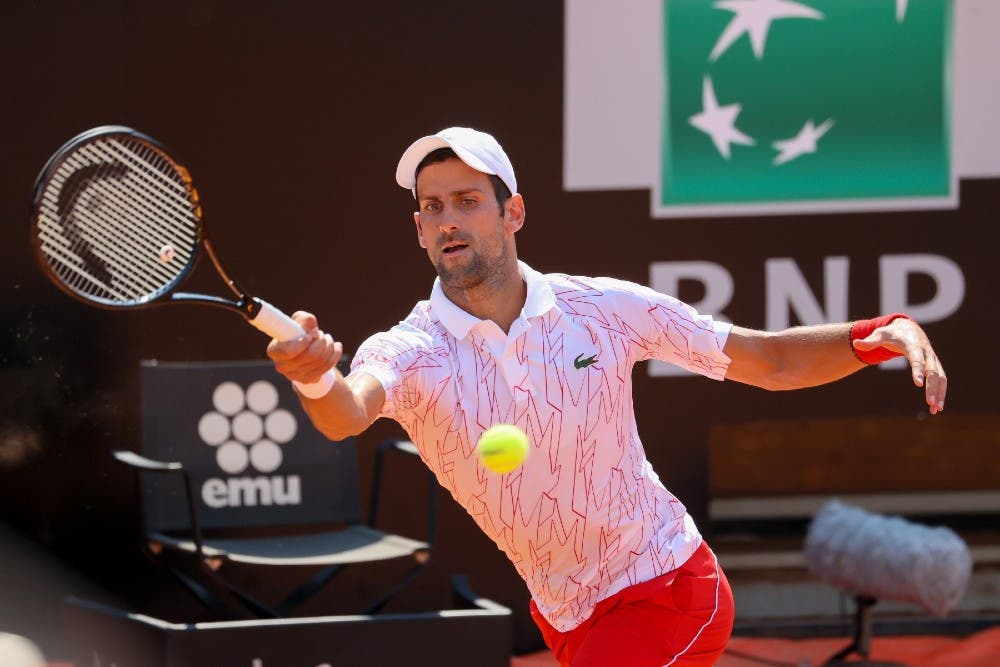 World No.1 Novak Djokovic is sticking to the cautious side as he played down the prospect of being the favourite to win next week’s Vienna Open.

The 17-time Grand Slam champion is set to play in the Austrian capital for the first time in 13 years at what is one of the strongest line-ups in the tournament’s history. A total of six top 10 players will be playing in what Djokovic describes as ‘one of the strongest 500 category draws’ he has ever been part of. He has only won the tournament once in his career which was the last time he played back in 2007. Defending champion Dominic Thiem is the second seed.

“The field is extremely strong,” Djokovic told reporters on Sunday. “I respect Dominic so much, he deserved the Grand Slam title more than anybody else with the way he works. But it’s a long way to the finals, we want it, but we have to take one match at the time.”

In light of the new ranking changes due to the COVID-19 pandemic, Djokovic’s focus is on Vienna instead of the Paris Masters because it is the only event where he can add to his rankings tally, along with the ATP Finals in London. The Serbian is bidding to end the season as world No.1 for the sixth time in his career. Should he do so he would match his idol, Pete Sampras, for most times a player on the ATP Tour has ended a year at the top of the rankings.

“I am trying to keep the no 1 ranking, Sampras has been my idol growing up and it would be amazing to tie his record,” he said.

The only scenario that would prevent Djokovic from ending 2020 at the top would be if Rafael Nadal wins both Paris and London. Furthermore, Djokovic would have to lose before the semi-finals in Vienna and all of his matches in London.

Djokovic, who is a former member of the ATP Players Council before resigning to help form an athlete union, confirmed that the temporary ranking system will be in place until at least March. Therefore, he is likely to break Roger Federer’s all-time record for most weeks spent as world No.1 during the first quarter of next year should all go to plan.

“For me personally, it is great because I have won a lot of points. It would be a different story for me, but it was the same for everybody. I hope that I can reach historic no 1 in March, but everything is unpredictable,” he commented.

Djokovic will start his Vienna campaign against countryman Filip Krajinović whom he had recently practice with. He defeated Krajinović in straight sets at the Italian Open earlier this year and played in two doubles tournaments alongside him last year.

“I practiced with Filip and we joked that we could be drawn in 1R. Chances were slim, but here we go. We have similar style of play, he likes hardcourt’s best, he can play quickly and he is very talented,” Djokovic previewed.

The showdown between the two players is set to get underway on Tuesday.

Related Topics:ATP ViennaNovak Djokovic
Up Next