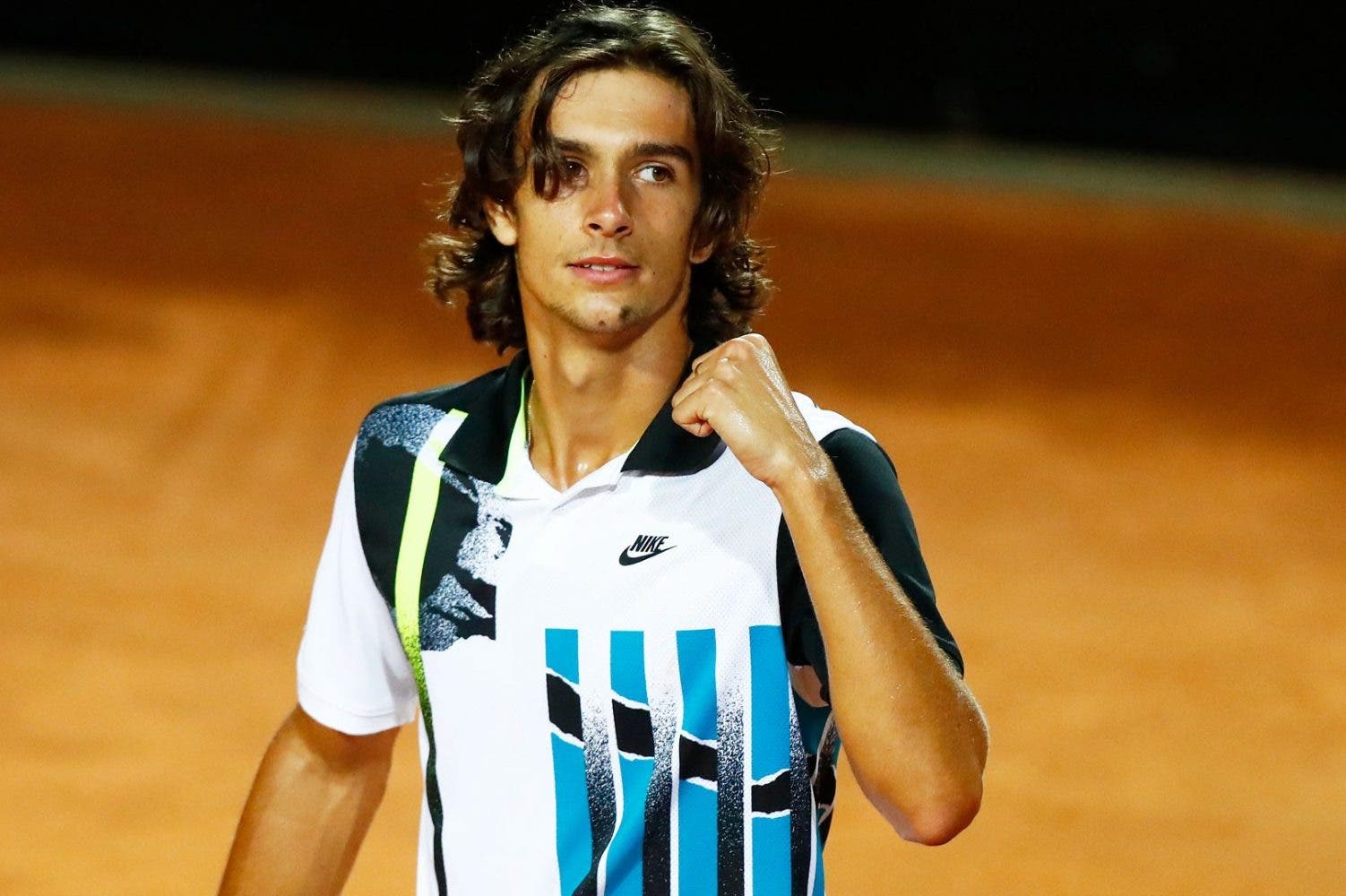 Last year’s Australian Open Junior champion Lorenzo Musetti beat his compatriot 6-2 6-1 in 60 minutes with two breaks in each game at the Sardinia Open at the Forte Village in Santa Margherita di Pula to reach his first ATP Tour quarter final.

Musetti made a major breakthrough in September 2020, when he beat Stan Wawrinka and Kei Nishikori to reach the third round at the Internazionali BNL d’Italia in Rome. He broke into the top 200 on 21 September and reached a career-high of world number 138 in the ATP Ranking on 28 September. He beat four top 100 players (Frances Tiafoe, Andreas Seppi, Lloyd Harris and Thiago Monteiro) to win his first ATP Challenger Tour title in Forlì. Last January Musetti fell in the final round of qualifying at the Australian Open. He made his ATP Tour debut last winter in Dubai where he lost to Andrey Rublev in the first round.

Musetti set up a quarter final clash against Yannick Hanfmann, who cruised past Rome Masters 1000 semifinalist Casper Ruud 6-2 6-1 to reach the quarter final. Hanfmann earned an early break at 15 in the opening game and held his serve after saving four break points. The German player got the double break at love and held his next two service games to close out the opening set 6-2.

Hanfmann started the second set with an immediate break. In the fourth game he saved three break points and held his serve with an ace to open up a 4-1 lead. Hanfmann closed out the match 6-1 with his third game.

Hanfmann scored the biggest win of his career, when he beat number 9 seed Gael Monfils in Hamburg. The German player fended off all eight break points he faced against Ruud, who won two clay titles in Buenos Aires and Santiago.

Former Roland Garros semifinalist Marco Cecchinato beat number 7 seed Tommy Paul 7-6 (7-1) 6-4 in 1 hour and 27 minutes to advance to the quarter finals. Cecchinato got the first break in the second game and held his next service games to build up a 5-2 lead. Paul broke back in the 10th game to draw level to 5-5 sending the first set to the tie-break. Cecchinato got three mini-breaks to win the tie-break 7-1.

Cecchinato rallied from 40-15 down to break serve in the first game of the second set. He saved a break-back point to hold his serve after a long rally. The Italian player did not face any break points in the his next service game to close out the second set 6-4.

Cecchinato won 35 of his 39 first-service points. The Palermo-native player set up a quarter final match against Spain’s Albert Ramos Vinolas, who cruised past Corentin Moutet 6-0 6-3.