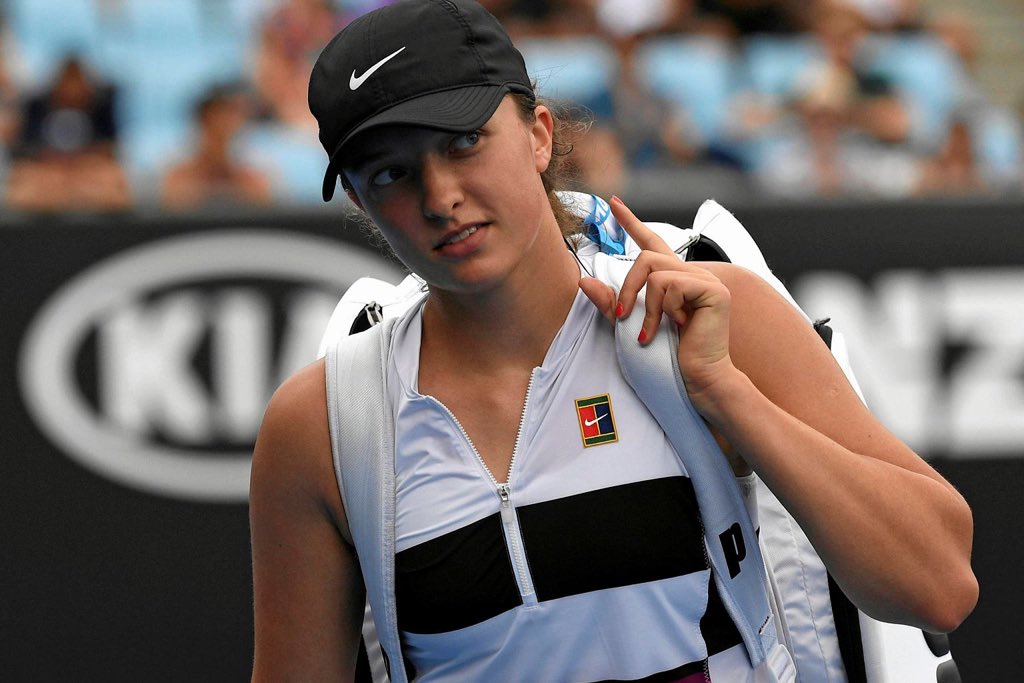 The City of Love must be.

But until this fortnight the Polish 19-year-old had never demonstrated any true greatness in  women’s tennis. All of a sudden now, even the great John McEnroe is predicting greater greatness from the latest new star of women’s tennis.

A STRANGE YEAR FOR WOMEN’S TENNIS

What a strange year this is in women’s tennis. Sofia Kenin wins the Australian Open before the coronavirus took over the entire world. Kenin came out of nowhere to achieve this amazing feat.

So, just when it appeared Kenin was ready to keep her amazing success story afloat, another surprise arrived with the name Iga Swiatek. It wouldn’t be real surprising that when this coronavirus disappears, hopefully early in 2021, that Swiatek keeps winning Grand Slam titles. It also wouldn’t be surprising if she retires with just one major title.

Swiatek seems to be just that unpredictable.

DID SHADOWS PLAY A KEY ROLE IN THE WOMEN’S FINAL?

Perhaps this time, Swiatek’s glorious day was achieved due to the uncontrollable nature of nature itself. The sun and its shadows appeared to play a major role in how this Grand Slam final started.

Shadows dominated one end of the court at match time on Saturday in the newly covered Court Philippe Chatrier Stadium.

Visibility was dreadful on the TV screen, and it must have been much the same way in Kenin’s eyes when she played the second and third games of the match on the “shadow end” of the court. The 21-year-old American looked out of sorts as if she was playing in darkness and she couldn’t find the ball while falling behind, 3-0.

SHADOWS BRING BACK MEMORIES OF NADAL-SODERLING

The scene brought back memories of Rafa Nadal’s fourth-round match against Robin Soderling in 2009 at Roland Garros. Going into the 2020 final on Sunday against Novak Djokovic, Nadal has suffered only two losses in 88 matches on the red clay of Roland Garros.

Of course, Nadal’s loss to Djokovic in the 2015 quarterfinals at the French Open wasn’t a show stopper, especially when you consider that Djokovic is now slipping up on Nadal’s 19 Grand Slam titles and Roger Federer’s 20 in the all-time major title race.

But for Rafa to lose to the big-hitting Soderling was shocking at the time. Rafa also looked like he was playing in darkness that summer day in 2009. He couldn’t find the ball, either.

Seeing what happened on Saturday in the shadows at Roland Garros, it’s now easier to understand what happened to Nadal that day against Soderling.

Kenin had a miserable day on Saturday. She wasn’t herself, maybe due to the shadows or maybe to her heavily bandaged left thigh. Kenin is a better player than the one audiences around the world saw in her 6-4, 6-1 loss to Swiatek.

FANS FORTUNATE TO CATCH THEM BEFORE THEY BECAME STARS

Watching this French Open women’s final made me acknowledge once again how great it is to reside in a great tennis town that brings the ITF world-wide circuit to your city. It happens all over the world, to large cities and small cities.

The ITF Circuit is different.

Swiatek, Kenin and Cori Gauff all played in the $100K ITF tournament at LTP Tennis in Charleston during 2018 or 2019. All free of charge for everyone to view in person or even to enter  the current boundaries of social distancing. Autographs, yes. But autograph seekers were rare for these three young stars even that recently.

James Beck has been the long-time tennis columnist for the Charleston (S.C.) Post and Courier newspaper. He can be reached at Jamesbecktennis@gmail.com.