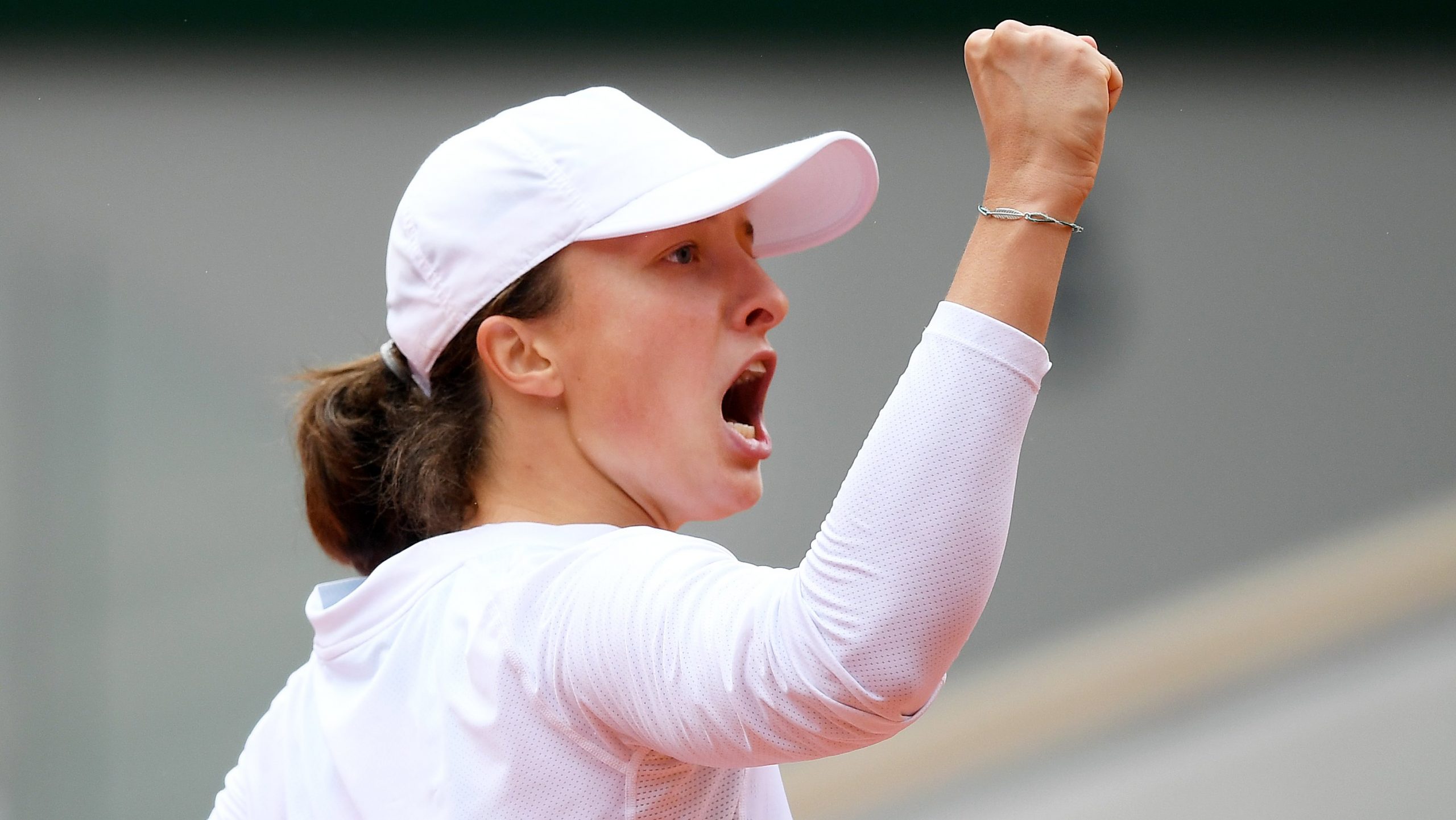 Iga Swiatek produced an imperious display to thrash Nadia Podoroska 6-2 6-1 and advance to her first Grand Slam final at the 2020 French Open.

The Pole, 19, seems destined to achieve great things in the sport. She has already won junior Wimbledon singles, junior French Open doubles, Youth Olympic gold and seven ITF singles titles. And she is making the step up to the highest level look easy.

“I’m kind of surprised,” Swiatek said in her on-court interview. “I would never have thought before the tournament that I would play so well here. But, on the other hand, I always knew that if I was going to be in the final of Grand Slam, it would be the French Open, so I’m really happy. It’s like a dream come true.”

The Pole continued, “I wanted to play this match as if it was a first round. I didn’t to think that I was in a semi-final because it would stress me. So I just kept being aggressive like in my previous matches. And I feel really lucky that I’m feeling good and nothing hurts.”

Swiatek lost the first two points of the match. But after that it was one-way traffic. She fought back to hold. Then she unleashed two superb winners to break for 2-0.

Podoroska got herself on the scoreboard with a battling hold in game four. But she made an unforced error when she had break point in the next game and the Pole made it 4-1.

Swiatek hit two excellent winners during a flawless hold that put her 5-2 up. Then she played aggressively and forced the Argentine into a series of errors to earn her first set point. Then Podoroska made another error.

The Pole made a brilliant start to the second set. She hit nine stunning winners as she raced into a 4-0 lead in just 11 minutes.

With the match slipping away, Podoroska chased down every ball in the next game and deservedly got one of the breaks back.

However, that proved to be the Argentine’s last resistance. Swiatek returned in typically aggressive fashion to break for the fifth time in the match. Then she crunched a couple more winners during a comfortable hold to seal a momentous victory.

In order to find out her opponent in the final, Swiatek must now wait to see what happens in the second semi-final between Petra Kvitova and Sofia Kenin.

“Petra has been a superstar for many years,” the Pole said. “So she’s really experienced, and that would be a tough match for sure. And Sofia has been on fire this year. But I don’t want to think about that right now. I’m really happy I’m in the final and I don’t care what happens.”