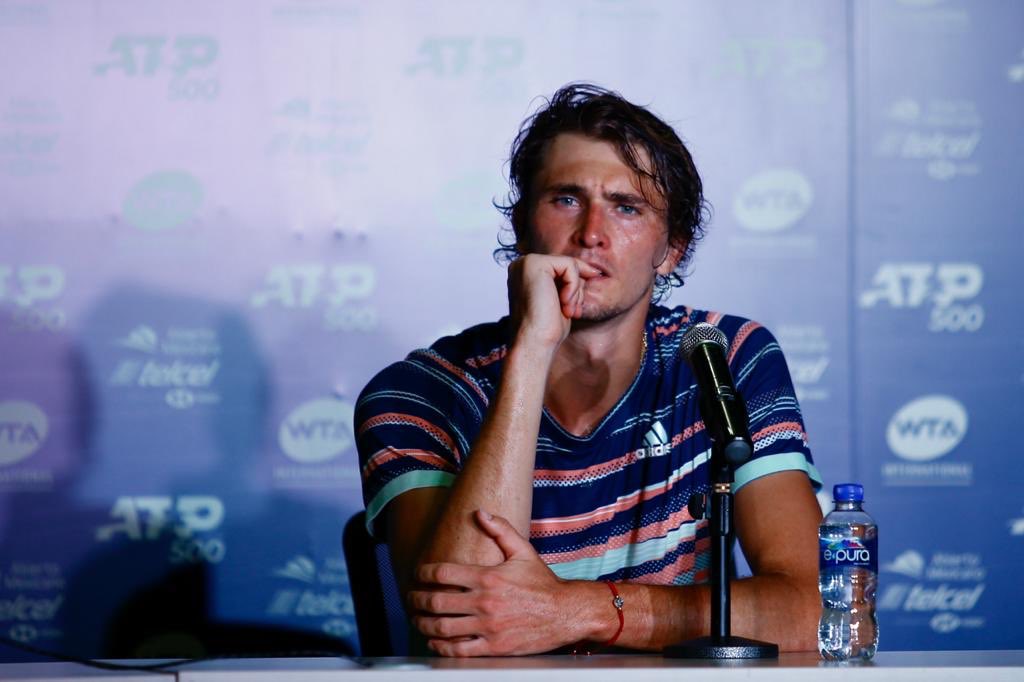 A day after it was claimed that Alexander Zverev’s former girlfriend is pregnant with his baby, another ex-partner has sensationally said she was in an abusive relationship with him.

Olga Sharypova has spoken out about an alleged incident that took place during the 2019 US Open where Zverev was knocked out in the fourth round. The two first met each other whilst playing on the junior tennis circuit. Speaking to Russian website Championat, Sharypova said he was angry at her for arriving late after being out with Dasha Medvedev, who is the wife of Daniil Medvedev.

“When I got home, we had a fight. Our quarrels always took place from scratch,” she said.
“I wrote on Instagram that he tried to strangle me with a pillow, twisted his arms. I tried to run out of the room several times, but he would not let me. I was afraid that someone might see and hear us. But in the end, I managed to break free, and I ran off barefoot with one phone on a string.”

Shortly afterwards the Russian says she was then physically threatened by Zverev near a side entrance when he found her downstairs in the hotel.

“Sasha pushed me against the wall and said that he would get nothing for it. And that no one cares about me, no matter what he does to me. Fortunately, at that moment people appeared, and I rushed with them into the street. I was alone, barefoot in the middle of the street. It’s good that I had a phone, and I was able to contact a friend who took me to his family.”

During her interview the 23-year-old showed a photo of her belongings on the floor outside of the hotel lobby. She said Zverev threw her stuff out following their argument after she refused to talk to him initially.

Whilst speaking at length about the New York incident, Sharypova also said that Zverev ‘raised his hand’ to her on multiple occasions. She said she would ‘forget it and tried to blame herself’ every time. Although why has she waited until now to speak out about the allegations?

“First, because it was scary. I already received a lot of negativity. Secondly, because I needed time to go through it and restore my nervous system after such a relationship. Now that I’ve let it go and experienced it, I’m ready to talk about it. I couldn’t before,” she said.

There is also the question as to why Sharypova has decided to start revealing her story on the same day it was reported that Zverev would become a father from another relationship. However, she insists that she is happy to do a lie detector test and isn’t afraid of the backlash she may receive from his team.

“I was attacked by his environment when I was in a relationship with him. And I survived it. I will survive that too. I just want Sasha to understand that sooner or later everything must be answered,” she said.
“Naturally, there are no direct witnesses that he strangled me, and cannot be, because it happened in private. But I am ready for any tests, including a lie detector, to confirm my words. I do not demand anything from him. I just want to make it known”

Zverev has so far not responded to the allegations. He is set to return to action next week at the Paris Masters.

No More Tennis For Kei Nishikori In 2020