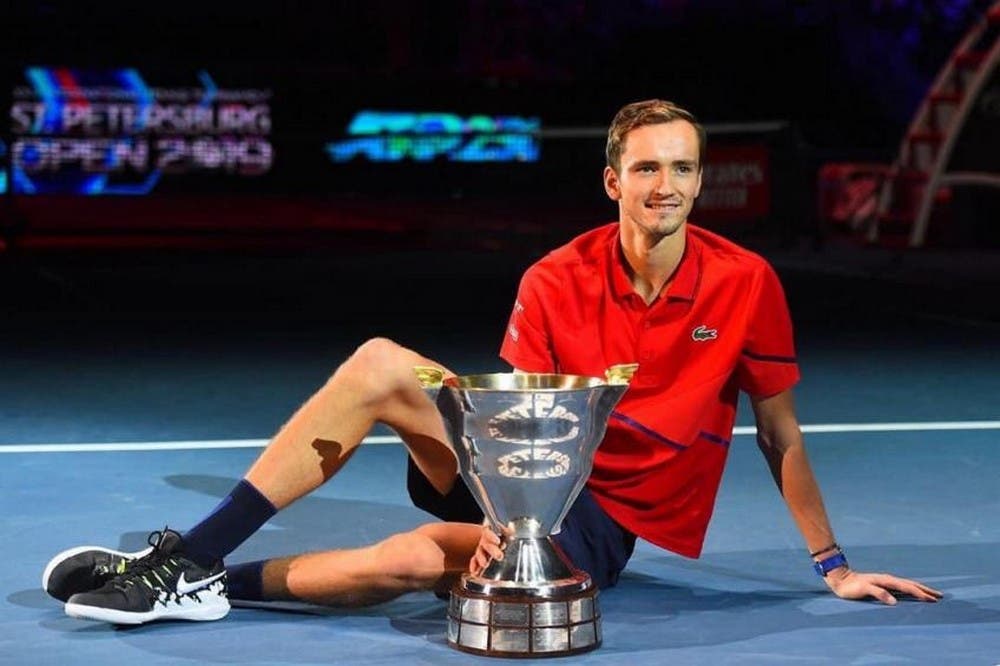 Defending champion Danil Medvedev came back from one set down to beat Richard Gasquet 3-6 6-3 6-0 in 1 hour and 37 minutes with 22 aces at the St. Petersburg Open.

Gasquet converted his third break point in the eighth game and served out the first set 6-3, when Medvedev hit a backhand into the net.

Medvedev broke once in the fourth game to win the second set 6-3 and three times in a row to close out the decider 6-0.

The Russian player won 27 of his 30 first serve points in the second and third sets and did not drop serve in the final two sets.

Shapovalov is aiming to follow in the footsteps of his coach Mikhail Youzhny, who won the St. Petresburg title in 2004.

“It’s always great to get the first win, especially against a player like Viktor. We have had a lot of battles before and they have been really long matches, so I am really happy to get a straight-sets win today. Indoor tennis is just natural for me. It’s what I grew up playing on. It’s difficult to have some transitions really quickly from clay court to hard court, but we are having to get used to these situations now and trying to adapt quickly. So I am happy with the way I have been able to transition”, said Shapovalov.

Six Russian players (Danil Medvedev, Andrey Rublev, Karen Khachanov, Aslan Karatsev, Evgeny Donskoy and Roman Safiulin) have reached the Round of 16 for the first time since 2009.