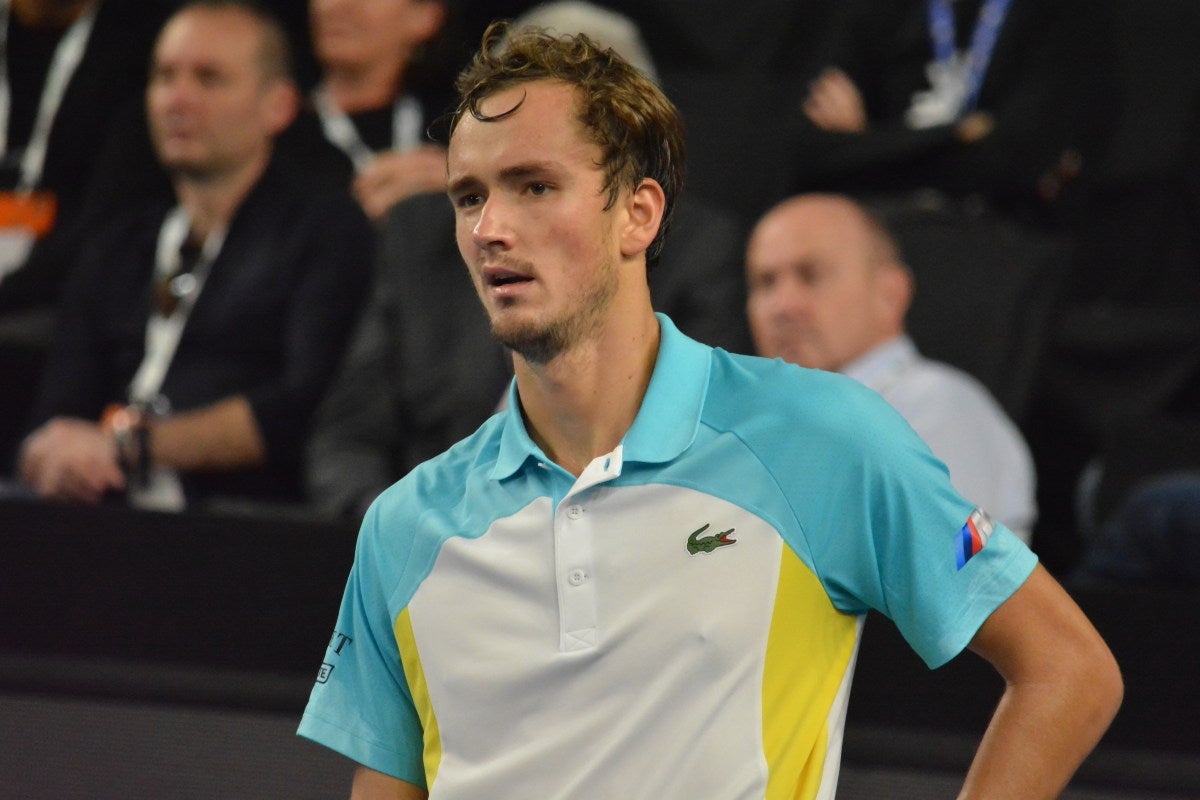 Former US Open finalist Daniil Medvedev says he is looking at the wider picture after crashing out of his home tournament on Thursday.

The top seed fell 6-2, 5-7, 6-4, to America’s Reilley Opelka in the second round of the St. Petersburg Open in what is the third consecutive tournament where he has failed to win back-to-back matches. Medvedev, who won the title 12 months ago, did manage to win 91% of his first service points but it was still not enough to guide him to victory.

Reflecting on his latest defeat on the Tour, the Russian insists that overall his 2020 season has been mainly positive. He is currently ranked sixth in the world rankings which is just two spots below his career best and has already made more than $1.6 million in prize money this season.

“Of course, after each loss, especially in the second round of a home tournament, I would like to say: “That’s it, the season is terrible,” but I reached the US Open semifinal and at the beginning of the year I played well at the ATP Cup,” Medvedev said during his press conference.
“Ups and downs are natural. I just want to finish the season well and win as many matches as possible. If you manage to win a lot, then the season will be successful.”

Medvedev first rose to prominence in the summer of 2019 when he reached six straight finals after Wimbledon with a 29-3 run. Since then he has become a continuous member of the top 10 and now has seven ATP titles to his name.

Despite his surge in success and rise in the world of men’s tennis, the 24-year-old believes little have changed when it comes to his style of play.

“As a player, it’s not that I haven’t changed, it’s just that at this age, when you have already established yourself as a player, it’s already difficult to change anything,” he explained.
“You can only add something slightly or improve what is already there. This is what we (my team) try to do, so as a player I don’t change, I have my own style, which I adhere to and which often works.’
“As a person, then I generally think that I change quite a lot every year, but I cannot name specific things.”

Heading into the closing stages of 2020, Medvedev’s win-loss record for the year now stands at 16-9 and he is yet to win a title of any sort. A contrast to last year when he won four. He will shortly be travelling to Vienna for his next tournament prior to the Paris Masters and ATP Finals in London.

“On average, I recover from defeats for an hour or two, although it depends on defeats … In general, no more than two days,” Medvedev revelled. “This is a plus of tennis: the next tournament is coming soon, the day after tomorrow (Friday) I will train, so there is nothing left but to continue to work and try to be better.”

Medvedev is one of only two seeded players who have not made it to the quarter-final stage in St. Petersburg. The other is Taylor Fritz who lost in the first round.

Fanless Wimbledon Still On The Cards For Next Year, Says Organisers

Alexander Zverev cruises into the quarter finals in Cologne