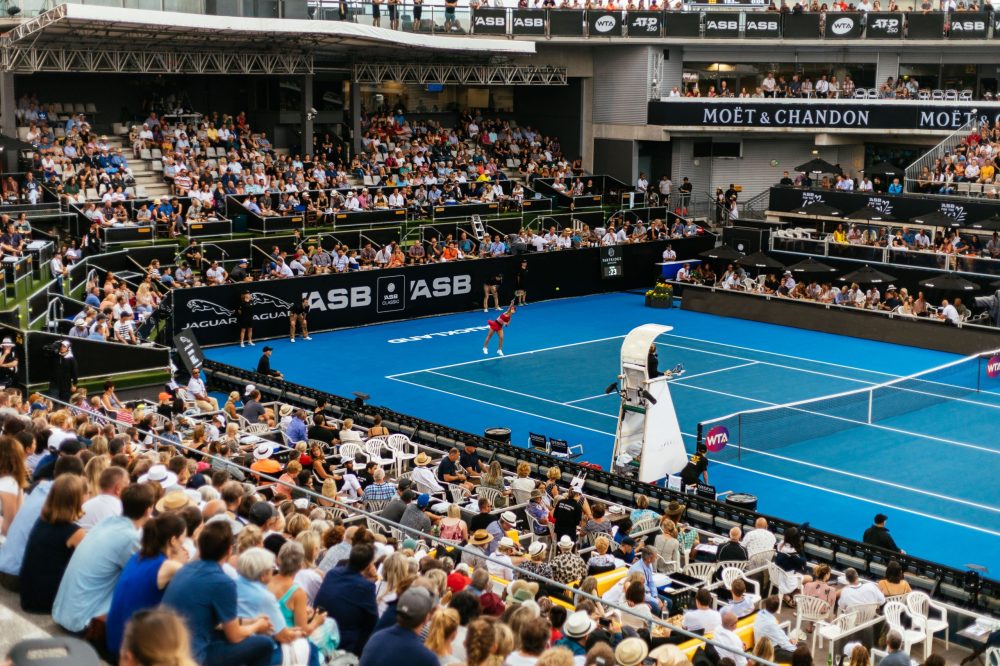 The COVID-19 outbreak has already forced a series of professional tennis tournaments to be cancelled this year and the pandemic has now claimed its first victim of the 2021 season.

Officials have confirmed that the ASB Classic in New Zealand will not be going ahead next January amid uncertainty caused by the virus. Held in Auckland, there are separate tournaments for both men and women which take place during different weeks. Tournament director, Karl Budge, has said that decision has been made now because of the planning that would be required to stage the tournament.

“Yea obviously an incredibly sad day for us,” Budge told New Zealand media.
“We thought we had a plan that was robust, but unfortunately there just not a pathway to a decision that we could have in the timeframes we needed and unfortunately that’s led to the pretty tough environment that we’re in today.”

Budge said there are a ‘myriad of factors’ that has contributed to the decision to cancel the event. Tennis Australia boss Craig Tiley has previously said players entering his country will need to quarantine for 14 days within a ‘bubble’ coupon arrival. Which would have potentially caused a headache for those travelling between New Zealand and Australia.

“It’s an incredibly complex situation. There’s no sort of one off area that we met or didn’t meet. There’s a myriad of factors that we needed to work through,” he said.
“Unfortunately there just wasn’t the pathway to get to a point that any of us could have confidence that we could deliver what you need to to deliver a tournament of our standing in a timeframe that would enable us to do it.”

The ASB Classic is currently categorised as a 250 event on the ATP Tour and as a Premier on the WTA Tour. At this year’s event Serena Williams lifted the title in what was her first trophy of any sort since becoming a mother. France’s Ugo Humbert won the men’s title.

A political fallout has erupted over the announcement with some accusing the government of not doing enough to support the event. Emma Mellow, who is a National Party candidate for Auckland Central, told The New Zealand Herald that the event would have contributed $20 million to the local economy. Mellow says officials were too slow in providing support to budge and his team.

“Ten days ago I raised the alarm that government ministers were dropping the ball on the ASB Classic, and their failure to engage constructively with organisers was putting the tournament at grave risk,” she said.
“The organisers were left waiting three months for a response from the Government about whether or not they could work on a safe solution.”

Despite the setback, Budge has vowed that the tournament will return stronger in the future.

“We’ve had incredible support from our sponsors (and) the team that we’ve got here that work tirelessly on trying to make a summer of tennis happen and I think we owe it to them to do everything that we possibly can to ensure that we return in 2022 and we return with a real statement.” He concluded.

The ASB Classic was named best International event in five out of the past seven years on the WTA Tour.

Related Topics:Auckland ASB Classic
Up Next