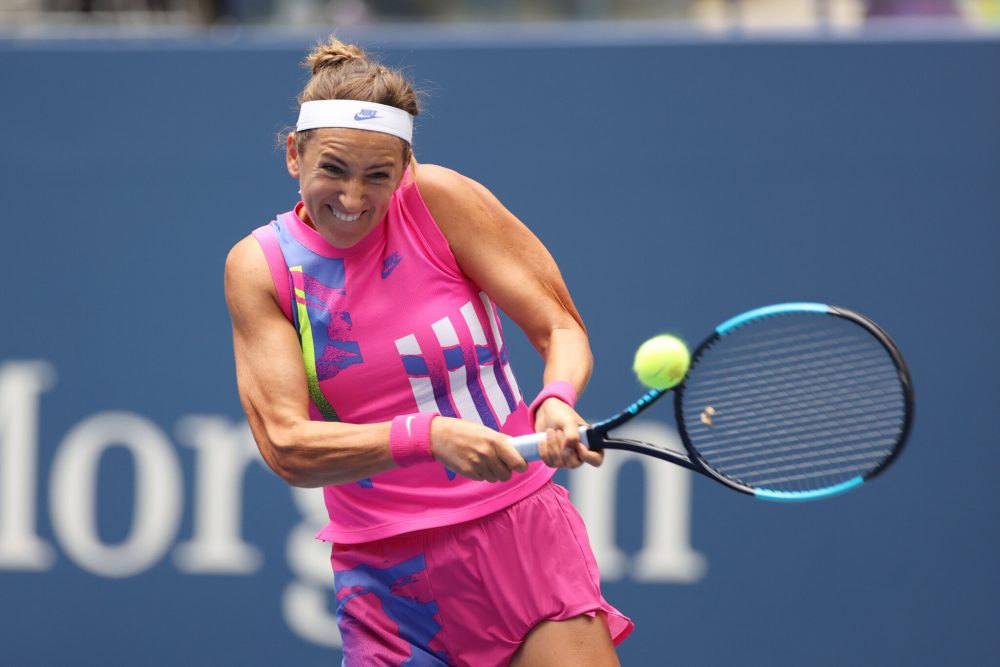 It is a case of what might have been for Victoria Azarenka after at one stage being on course to lifting her first Grand Slam title in seven years at the US Open.

The former world No.1 led Naomi Osaka by 6-1, 2-0, before the Japanese star battled her way back to clinch victory. Becoming only the fourth woman in the Open Era to have won the New York title after coming back from a set down. The loss has also ended Azarenka’s 11-match winning streak in America after winning the Western and Southern Open leading up to the Grand Slam.

“I think it’s definitely been a great three weeks of tennis. I haven’t had such results in quite a long time, so I’m very excited for it,” Azarenka told reporters.
“It doesn’t change for me much. Of course, I would have loved to win but It is what it is.’
“I’m very proud of myself. I want to continue to keep going the same way, enjoy myself. It was a lot of fun for me to play, to be in the final of the US Open. I’m very grateful for this opportunity.” She added.

Despite being on the verge of her third Grand Slam title, Azarenka is refusing to let the loss keep her down for long. She was unseeded in New York but still managed to knock out four seeds en route to the final. Including six-time champion Serena Williams in the semi-finals and compatriot Aryna Sabalenka in the second round.

Azarenka’s resurgence on the Tour comes after what has been a roller-coaster past few years. After taking a break from the sport to give birth to her first child Leo, the 31-year-old encountered issues off and on the court. A custody battle with her former partner resulted in her missing a series of tournaments at one stage. She has also experienced struggles with consistency and only managed to win back-to-back matches in six out of 18 tournaments last year.

At a point she considered walking away from the sport permanently after also starting this season later due to ‘personal problems.’

“I was ready to stop definitely. I said that before,” Azarenka states.
“I hadn’t touched my racquet for five months. I was really not planning on coming to play until I had my personal issues are solved.’
“So I never really made the final decision because I was going to do that after. So it was pretty close. But what kept me in the game is my desire to go after what I want. That’s pretty much it.”

With retirement thoughts now a thing of the past, many are wondering if Azarenka has what it takes to return back to the top of the women’s game on a permanent basis. On Monday she will enter back inside the world’s top 15 on the WTA rankings for the first time since January 2017 ahead of the clay-court swing.

“I think expectations are just obviously a lot more coming from the outside where you kind of feel like you have to put a certain pressure on yourself to be able to deliver something,” she said.
“But I’ve been down this road now a few times. I hopefully learned my lesson how to navigate the situation.”

There will be little time for reflection due to the packed WTA schedule. On Sunday Azarenka will be flying to Rome ahead of her first round showdown against Venus Williams at the Italian Open in a couple days time.

Related Topics:2020 US OpenVictoria Azarenka
Up Next