Sorana Cirstea Rolls Back The Years To Stun Konta - UBITENNIS 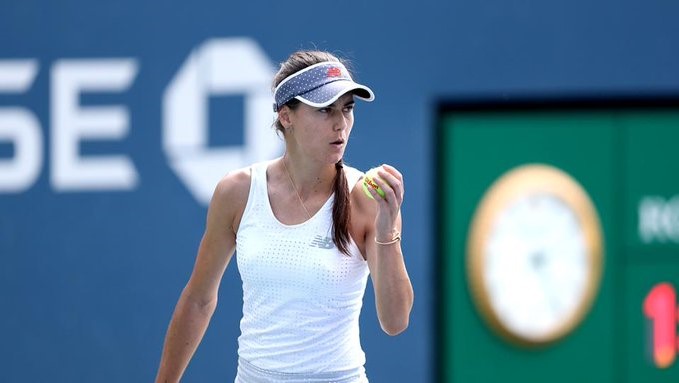 In October of that year, the Romanian, 30, beat World No.4 Karolina Pliskova 6-1 7-5 Beijing. She also knocked World No.12 Carla Suarez Navarro out of the 2017 Australian Open.

Wins like these for Cirstea have been rare events in recent seasons. She has always been a dangerous opponent due to her ability to hit winners from the back of the court. Early on in her career, she held a high ranking of 21 and frequently beat top-10 players.

Unfortunately for the Romanian, a series of niggling injuries in 2014 and 2015 halted her momentum, and she has struggled to reach the same levels since.

However, it is never too late for a revival. Cirstea still has plenty of talent, and she showed all of it during her comeback from a set down to beat Konta. This was something the Brit was keen to point out during her press conference.

“My level was a lot higher than hers in the first set,” Konta said. “But she’s a great player. She’s had some pretty amazing results in the past in her career. She’s capable of playing some very good tennis.”

The Brit continued, “What we’ve seen time and time again in every tournament is that these are the best players in the world, so on any given day they can play incredible tennis. Obviously, the higher you are ranked, the more consistently you are able to play that level. However, everybody’s capable to play some really amazing tennis. That’s what she did.”

As Konta alluded to, the Romanian raised her game significantly after she lost the first set. She served much better and continued her game plan of attacking the Brit’s second serve.

This bold returning strategy enabled Cirstea to break back immediately after she dropped her serve. And her improved serving meant that she was able to keep pace with Konta throughout the set.

In the eventual tie-break, the Romanian played superbly. She struck a couple of excellent winners from the back of the court and served well when she needed to.

Cirstea lifted her level even further in the decider. She continued to take Konta’s second serve apart, whilst also making inroads against the Brit’s first serve. She also hit 16 winners and made just eight unforced errors during the set.

The ninth seed fought hard to stay in it. But she could not cope with the Romanian’s onslaught for long. Cirstea earned the decisive break in game seven, then clinched a deserved victory with a love hold three games later.

If the Romanian wants to continue her impressive run at this year’s US Open, she will have to perform as well as she did in the last two sets today. Her next opponent will be 20th seed Karolina Muchova, who beat Anna Kalinskaya 6-3 7-6(4).