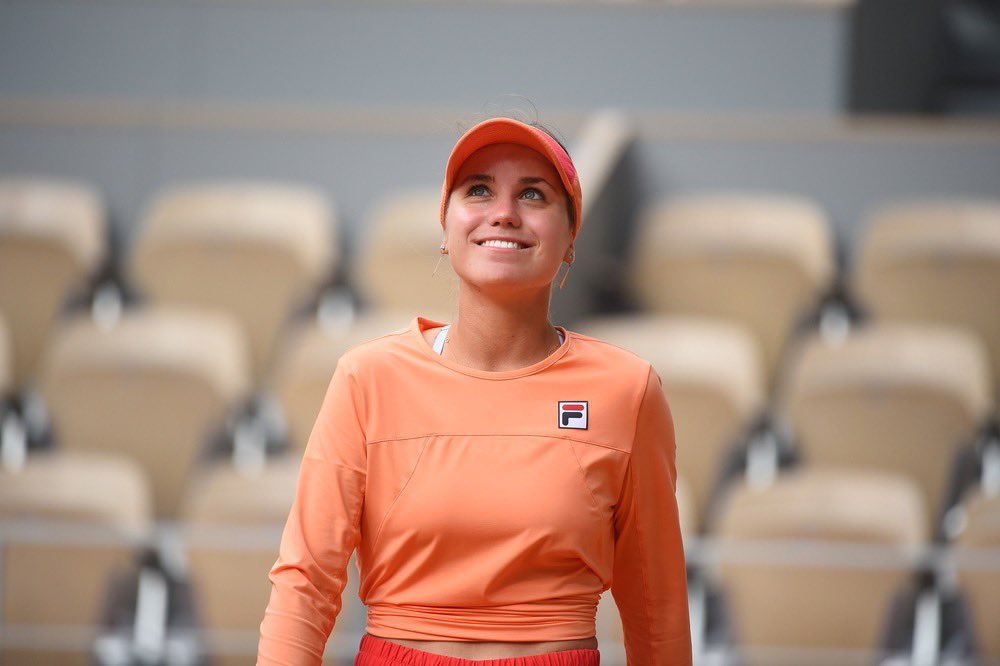 Sofia Kenin survived a tough test against Liudmila Samsonova, winning 6-4 3-6 6-3 to reach the second round in Paris.

The Australian Open champion has had a poor start to tennis’ restart but managed to grind out a three set win against her Russian opponent.

Samsonova managed to hit 38 winners and gave Kenin a real test before the American prevailed in three sets.

Next for Kenin is Ana Bogdan of Romania.

The match saw both players showed moments of solid tennis but nothing consistent as it was the attack of Samsonova against the defence of Kenin.

Four breaks in the opening six games backed this up as Kenin’s lack of aggression cost her throughout the match.

One tactic the American managed to show was a variety of pace which managed to catch the Russian off guard at times and forced her into many unforced errors.

A loose backhand from Samsonova secured the crucial break for the American in the ninth game as she served out the set in 47 minutes.

Then the rain came and a 90 minute break for Samsonova to think about how she was going to outpower Kenin’s agility and grit.

The break was beneficiary for the Russian as she came out the strongest, crushing her forehands against a flat Kenin.

It was a strange start for the world number six, who lost five of the first six games before responding with an immediate break back.

However Samsonova remained poised as she not only levelled the match at one set all but secured an early break in the deciding set.

Kenin had to up the intensity and her level if she wanted any chance of advancing into the next round.

That’s exactly what the American did as she managed to get the first strike in and dictated the points by creating some good angles out wide.

Although Samsonova still attempted to use her power, there was not enough Tennis IQ to hang with the grittiness of Kenin.

The fiery American moved into round two by winning five of the last six games in a 2 hour and 11 minute battle.

It wasn’t a pretty win for Kenin, but she won’t care about that at the moment as she moves into the next round to play Ana Bogdan.

However one seed who didn’t last the first round was 26th seed Donna Vekic as she crashed out to world number 142 Irina Bara 6-3 6-4.

The result means Vekic has only won back-to-back matches on three occasions in her 10 tournaments in 2020. Bara will now play Alison Van Uytvanck in the second round.