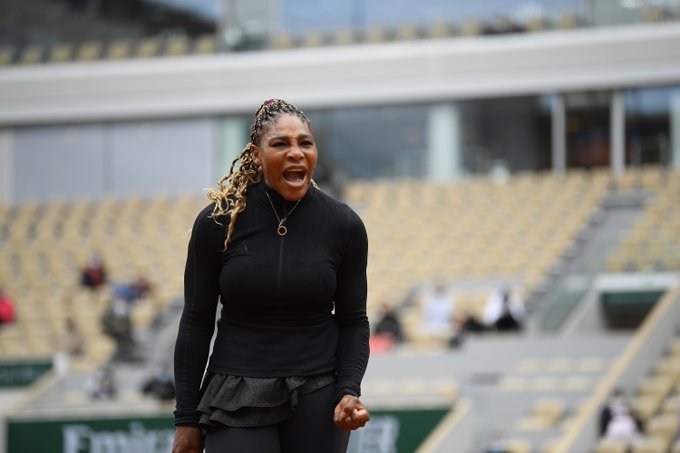 Serena Williams overcame a stern test from Kristie Ahn to reach the second round in Paris with a 7-6(2) 6-0 victory.

The 23-time grand slam champion overcame a slow start on Philippe Chatrier to reach the second round.

Although Ahn managed to dictate rallies in the opening set, the American ran out of energy in set two as Serena comfortably sealed victory to reach the second round.

Next for Serena, is Tsvetana Pironkova in a rematch from their US Open clash a couple of weeks ago.

After losing at the US Open semi-finals to Victoria Azarenka, Serena’s bid for a 24th grand slam is in Paris and first up was Kristie Ahn.

This was a US Open first round rematch, which Serena won 7-5 6-3 and this match had a similar feel to it.

The first set was a real struggle for Serena who couldn’t find any real aggression to hit past Ahn in these tough, slow conditions.

After a long game, it was the world number 112 who sealed the first break of the match in the third game.

From Ahn’s perspective, she was using her slice and drop shots to dictate play and move Serena around the court.

There was an injection of pace on Ahn’s forehand which allowed her to control the tempo of the rallies at times.

In the eighth game, Serena found her rhythm on return and on 5th break point managed to seal the break as huge roar showed her frustration in the match so far.

Both players were undeterred and traded breaks for the next two games before a tiebreak was forced to decide the winner of the opening set.

Serena managed to add more power and angles to her game in the tiebreak as she sealed the first set in 1 hour and 14 minutes.

From then on, Serena dominated play as she looked to shorten points and power past Ahn.

The world number 112, ran out of energy and ideas as Serena predicted the variety in Ahn’s game.

Not a single game lost in the second set as Serena cruised to a stern opening test in Paris, with full knowledge that she needs to raise her level to win grand slam number 24.

Next for Serena will be a rematch of the US Open Quarter-Finals with Tsvetana Pironkova after she beat Andrea Petkovic.

Serena won their last meeting in three sets and will know that Wednesday’s match will be just as a hard match as it was in New York.

There were also wins for Kiki Bertens and Amanada Anisimova on day two of Roland Garros.