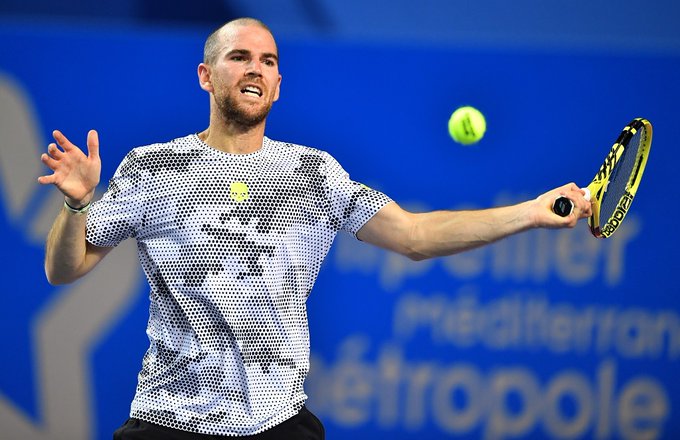 Confusion was caused during day five of the US Open as Adrian Mannarino’s match with Alexander Zverev was delayed by 2 hours and 45 minutes.

A third round match between Adrian Mannarino and Alexander Zverev was scheduled for third on Louis Armstrong yesterday.

After Angelique Kerber’s victory, neither player arrived on court for 2 hours and 45 minutes as the match was being delayed due to an unknown reason.

After multiple rumours online, Mischa Zverev went onto to Eurosport Germany to explain that the players were awaiting a decision from New York government officials whether Adrian Mannarino could play or not.

However that wasn’t the main talking point as everyone was still confused about the delay as a vague USTA statement only raised more questions.

There was anger from Kristina Mladenovic’s brother over the situation while Benoit Paire accused Corentin Moutet of being immature when having the opposite opinion.

Then after the match we got our full explanation on what really happened, “The tour manager came to talk to me at this time. He explained me the situation. Obviously the State Department of Health took over the City actually,” Mannarino said.

“The City actually allowed me to play with a new protocol on Sunday. Obviously the State took over this decision to say that I’ve been exposed to a positive case obviously, so I should be quarantined in my room and not be able to go on the tennis court and play the match today.

“They told me they were trying to contact on phone some guys to see if this decision could be changed. Obviously many effort has been done. They told me, Okay, we decided to put your match not before 5:00. Sascha agreed, which is nice. They told me, We’re going to have a look at the situation, trying to see if we can get you on court today, which obviously they did.

“Many things might have been happening during this time. I was just trying to get ready. I said myself to be ready to go on court at 5:00. I just want to be thankful to all these people who have been trying to get me on court today. As I say, many effort has been done. I was able to play my tennis match. I’m pretty happy about that.”

Later Mannarino revealed that he cannot leave New York until next Friday at earliest due to quarantine restrictions the USTA and New York state have set out.

This latest situation is a reminder of the chaos that surrounds tennis while COVID-19 remains a threatening presence in the world. The situation means that those who came into close contact with Paire may not be able to play Rome and will have limited practice before Roland Garros.

However there are still questions to be remained for the USTA to answer in if the protocols laid out are successful. If the New York government is questioning whether those in close contact should play, then have the USTA been following local health authority guidelines correctly? Have they made compromises to players so that they can play? What if there are more positive tests to come out of this?

Whatever the answers to the questions, some things are certain. Players are confused and angry over the Guido Pella and Benoit Paire situations, the USTA have been inconsistent in their approach to quarantine measures and lessons can be learned. Finally, this is not the last we have heard on this situation.