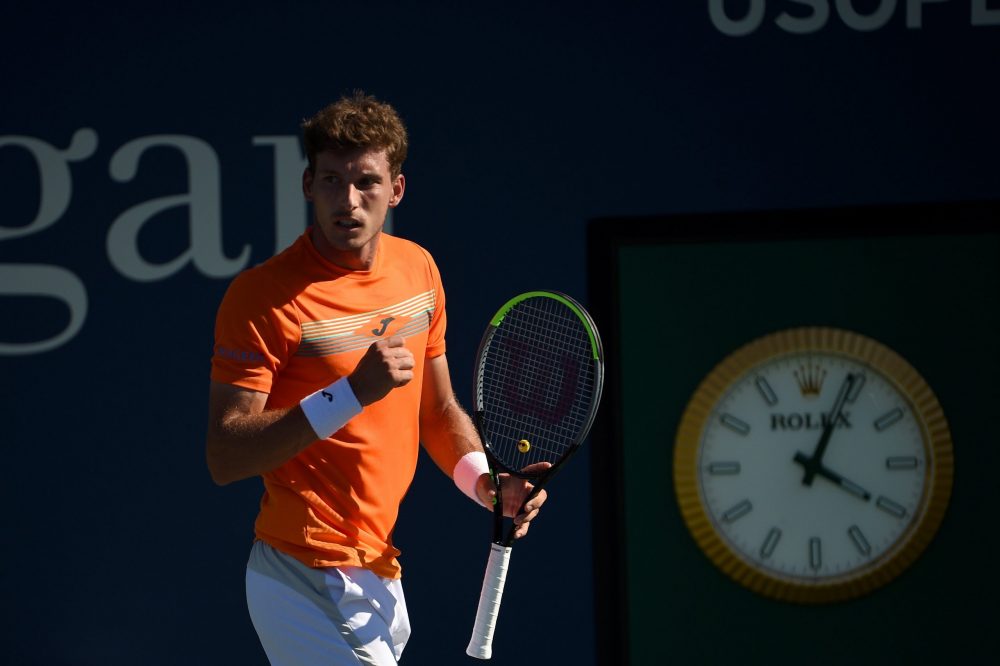 Spain’s Pablo Carreno Busta required more than four hours to seal a place in the last four of the US Open after surviving a roller-coaster encounter at the Arthur Ashe Arena.

The 20th seed overcame being bagelled in the fourth set as well as 76 winners from his opponent Dennis Shapovalov to prevail 3-6, 7-6(5), 7-6(4), 0-6, 6-3, and move into the semi-finals for the second time in his career. Busta proved to be the more steady of the two during the decisive set with just a single break in the fourth game proving critical to the outcome. Overall, he won 64% of his service points and hit 33 winners against 42 unforced errors.

To add to the drama, the world No.27 also had to contend with some back spasms during the later end of the match and took a medical time out. Crediting the trainer for helping him eventually get over the finish line.

“At the beginning of the match, I was very nervous. I try to rush. When I start the second set, I think that I was playing much better than on the first one,” Carreno Busta said afterwards.
“Then in the fourth set I felt a little bit tight in my lower back. That’s my important point, on my lower back. The physio told me that it was a little bit blocked. He tried to do his things. It was incredible. After that I didn’t feel 100% because we were playing, like, for four hours, but I could play my best tennis again.”

The victory continues the run of good fortune the 29-year-old has had at the Billie Jean King Tennis Center. Heading into the Grand Slam, he won the Western and Southern Open doubles title with Alex de Minaur who will play his quarter-final match on Wednesday. The tournament was moved from Cincinnati to New York this year due to the COVID-19 pandemic. He has now won 16 matches at Flushing Meadows which is more than any other Grand Slam in his career.

Carreno Busta’s run is the latest part of his long tradition of doing well when it comes to playing on American hard courts. He is also a former semi-finalist at both Indian Wells and Miami, as well as a former doubles finalist at the US Open back in 2016.

Meanwhile, Shapovalov exits the tournament disappointed but still with his name in the history books. His match against Carreno Busta was the first ever quarter-final at the event to feature a Canadian man.

“It’s a tough moment. I was in that match, I had a good chance to win it. I was almost in every set. It’s very frustrating right now,” said Shapovalov.
“It’s tough to look at positives. But for sure, a hell of a run for me. I’m lucky to be in this position.”

Carreno Busta will lock horns with Alexander Zverev for a place in the final. The two has only met once before which was at the 2018 Miami Masters which Zverev won in straight sets.