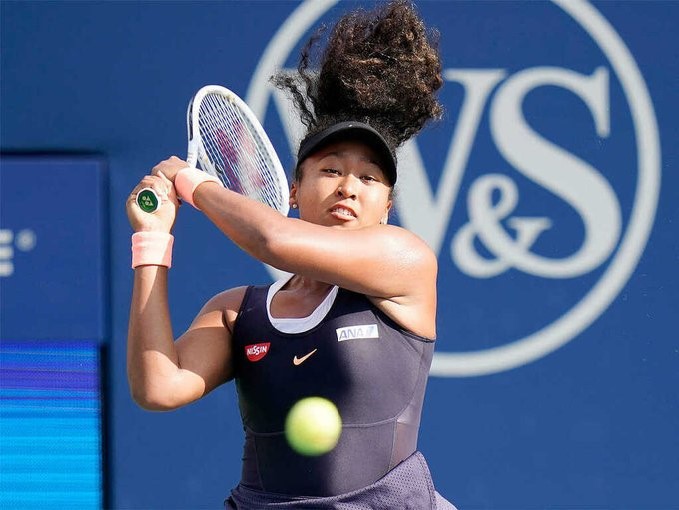 Former champion Naomi Osaka says she is ‘managing’ her recent leg injury after experiencing a roller-coaster start to her campaign at the US Open on Monday.

The Japanese fourth seed required just over two hours to see off compatriot Misaki Doi 6-2, 5-7, 6-2, in a late-night encounter in New York on Monday. The match was Osaka’s first since withdrawing from the final of the Western and Southern Open due to a hamstring injury. During her latest encounter, she broke the Doi serve six times overall and hit 25 winners alongside 38 unforced errors.

“The main thing I wanted to bring into this tournament was just staying calm. I feel like it’s a bit tough to play players when you know they’re going to raise their level,” said Osaka.
“Sometimes they (my opponents) feel like they have nothing to lose. So for me, I felt like that’s what she did in the second set. I kind of sort of didn’t play as well as I did in the first set. There was, of course, a slight dip. But I think in the third set, I levelled it off pretty well.”

A two-time Grand Slam winner and one of only four top 10 players featuring in this year’s New York draw, the 22-year-old is regarded as one of the favourites to win this year’s title. Although Osaka has entered the tournament with an injury cloud looming over her head and admits she would have liked to have had a longer rest period before returning to competition.

The latest victory is Osaka’s 15th in New York, which makes the event her most successful grand slam in terms of wins along with the Australian Open. Since making her main draw debut in 2016 she has never lost before the third round.

Besides her performance on the court, Osaka also used the occasion to highlight racial justice within America once again. Last week she initially pulled out of a tournament to protest the killing of a black man by police before organizers decided to delay the entire event for 24 hours in solidarity with the tennis player.

Entering the premier arena of the US Open, Osaka wore a mask with Breonna Taylor’s name on it. A black woman who was fatally shot by police whilst in her bed earlier this year. It is one of seven different masks Osaka has brought with her to the event with each of them bearing different names.

“I just want to spread awareness. I’m aware that tennis is watched all over the world, and maybe there is someone that doesn’t know Breonna Taylor’s story. Maybe they’ll like Google it or something,” she said.
“I feel like the more people know the story, then the more interesting or interested they’ll become in it.”

Despite becoming one of the most vocal tennis players to speak out about racial injustice, Osaka insists that it doesn’t make her feel more pressured to do well in the sport.

“A lot of people ask me if I feel more stressed out ever since I started speaking out more. To be honest, not really. At this point, if you don’t like me, it is what it is,”she stated.
“I don’t have to be here. So for me, I’m just here to, like, hopefully to beat people.”

Osaka will play Camila Giorgi in the second round of the US Open.