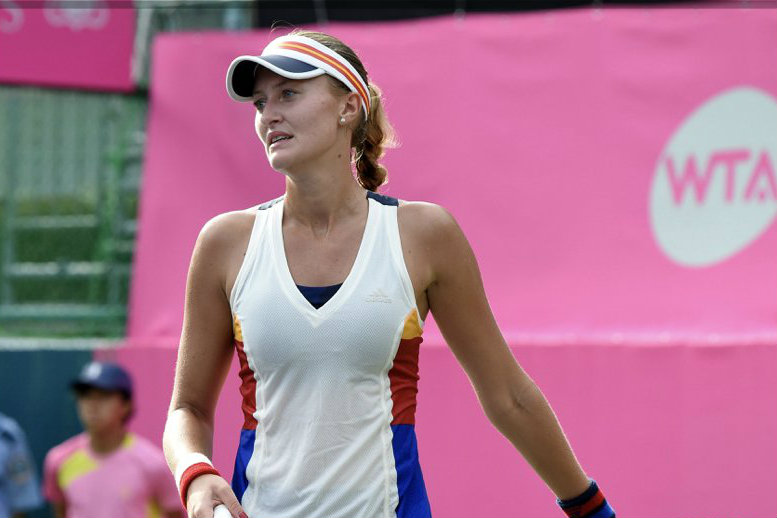 One the players placed in the US Open’s ‘bubble in a bubble’ after coming in contact with somebody who had tested positive for COVID-19 has slammed officials at the Grand Slam for making her feel like a criminal.

Kristina Mladenovic says she is currently living in a ‘nightmare’ after signing up to stricter protocols enabling her to play in Flushing Meadows this year. The Frenchwoman is part of a group of players who have been issued with extra restrictions following their interaction with Benoit Paire, who tested positive over the weekend and was removed from the tournament. Under the agreement, they must stay in their room whilst at the hotel and are limited to where they are allowed to go at the Billie Jean King Tennis Center.

“It’s a nightmare what we are experiencing here,” Mladenovic told reporters on Wednesday. “I have only one desire, and that’s to get my freedom back and even that we don’t have yet.”

The 27-year-old had previously described the ongoing situation as ‘mentally tough for her.’ Whilst there has been no official comment as to who else have been placed under the restrictions, a leaked document had shed light on the situation. Cracked Rackets have reported that 10 different players have been split into two groups. The first are those who have had a little bit of contact with Paire recently and can freely move around the US Open grounds. Meanwhile, the second are deemed as closer contacts and are limited with their movement. 2019 runner-up Daniil Medvedev belongs to the first and Mladenovic is in the second.

“If I had known that playing cards for 40 minutes with a mask with a player who tested positive and ultimately negative would have these consequences, I would never have set foot in this tournament,” Mladenovic said.

It has been reported that those in the most affected group are required to stay within the bubble until September 12th regardless of if they lose their matches beforehand. This term is included in the waiver that those players have signed. Although this could change in the coming days if an agreement is made with authorities as Mladenovic says she is ‘fighting for her freedom’ in New York.

“I have the impression we are prisoners or criminals,” she said. “For even the slightest movement, we have to ask permission even though we are tested every day and had 37 negatives. It’s abominable. The conditions are atrocious.”

The fierce comments comes on the same day the world No.44 suffered an excruciating defeat to Varvara Gracheva after being on the verge of a one-sided win. Mladenovic led 6-1, 5-1, at one stage and had four match points. However, she ended up losing 1-6, 7-6(2), 6-0.

In other news related to the French camp at Flushing Meadows, Paire confirmed during an Instagram Live session that he has now tested negative for the virus on Monday. Raising questions over the accuracy of his positive test and if it potentially was a false alarm. Last month 77 players and staff from the NFL falsely tested positive for the virus. The tests were analysed at the BioReference Laboratories in New Jersey.

“I tested negative two days ago. I’ll take another test to see. I feel very good, I have no symptoms, I never had anything, everything is fine,” said Paire.
“It’s hard to understand. A positive test, a negative test. But that’s the rule. We knew it. The moment you test positive once, you’re out of the tournament.”

Despite the latest development the USTA has insisted the protocols they applied were right. Spokesman Chris Widmaier told The New York Times that a negative test coming after a positive is ‘irrelevant’ and that any positive test triggers the ‘isolation protocols.’

Related Topics:2020 US OpenKristina Mladenovic
Up Next

Caroline Garcia Stuns Pliskova As Seeds Tumble At US Open