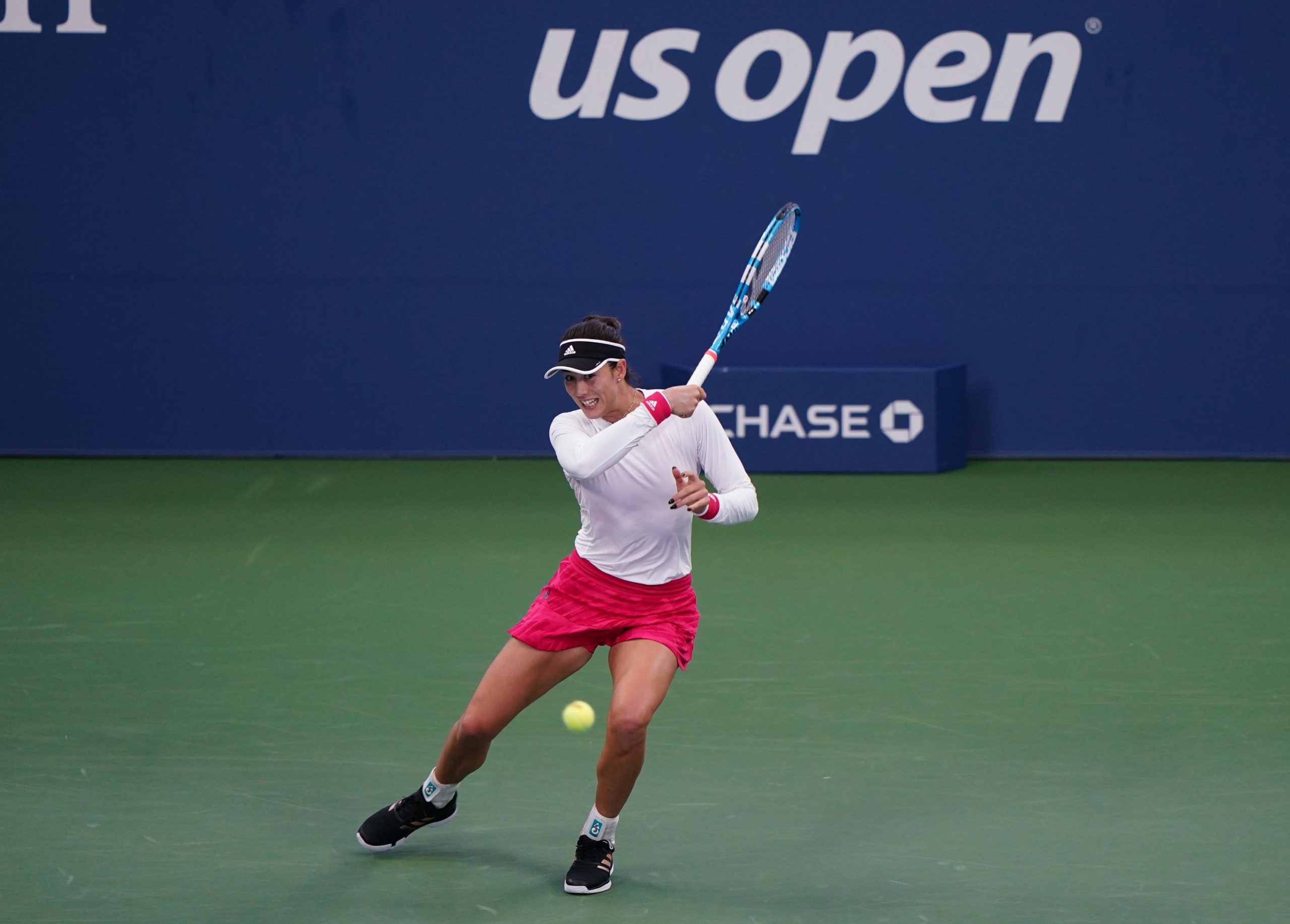 Garbine Muguruza returned to action with an encouraging 6-4 6-4 win over Nao Hibino in the first round of the 2020 US Open.

It was a commendable effort from the Spaniard, who was playing her first competitive match since 27 February. She intended to gain some match practice at the Western & Southern Open last week. However, she heeded medical advice and withdrew from the event after experiencing discomfort in her left ankle.

“I was a little bit anxious because I haven’t played for six months and I didn’t have the chance to play a serious match before the US Open,” Muguruza said in her on-court interview. “I’m happy with the way I played. I was expecting a tough match and it was.”

The Spaniard continued, “She was playing very well at the beginning. I think I started a little bit slowly for how well she was playing. Then I started to feel better and my game came with the flow of the match.”

At the beginning of the match, Muguruza looked very much like a player who had not set foot on a tennis court for months. She lost four of the first five games and did not hit many convincing shots.

However, the Spaniard gradually started to find her rhythm. And, once she found it, she cracked a succession of trademark winners as she reeled off five games in a row to take the first set 6-4.

In the second set, Muguruza kept it simple. She broke in the opening game and then gave absolutely nothing away on her serve for the rest of the set. In all, she won 19 of 26 points played behind it. This allowed her to claim the set 6-4 with a minimum of fuss.

With her place in the second round secure, the Spaniard can now look forward to a meeting with either Tsvetana Pironkova. The Bulgarian beat Liudmila Samsonova 6-2 6-3.

Elsewhere at Flushing Meadows, Elise Mertens picked up where she left off at the Western & Southern Open last week with a commanding 6-2 6-2 win over Laura Siegemund.

The Belgian, 24, reached the semi-final at last week’s event. And she could go far at the 2020 US Open because she has a favourable draw up until the fourth-round stage when she could meet reigning Australian Open champion Sofia Kenin. Mertens will face either Claire Liu or Sara Sorribes Tormo next.

Amanda Anisimova is another woman who could do well at Flushing Meadows this year. The American, who turned 19 yesterday, has already reached a Grand Slam semi-final in her career and could take advantage of the absence of six of the world’s top ten.

To do that, Anisimova will have to get through a tricky quarter of the draw. She could face Maria Sakkari in round three and Serena Williams in round four. But the American made an encouraging start, as she hit 41 winners during a hard-fought 7-5 7-5 victory over Viktoriya Tomova. It was her first-ever main draw win at the US Open.

“I think every first round is going to be a little bit shaky,” Anisimova said in her on-court interview. “I wasn’t playing my best tennis but I stayed in it and stayed mentally focused. I’m proud of the way I kept fighting and came back and won in two sets.”

The American continued, “This year the conditions are very different. I don’t have any Americans cheering for me and that’s obviously disappointing. But not having won here motivated me to try and get through a couple of rounds in the beginning because this is my favourite tournament.”