Why Does Novak Djokovic Keep Doing His Post-Match Celebration At A Fanless Tournament? - UBITENNIS 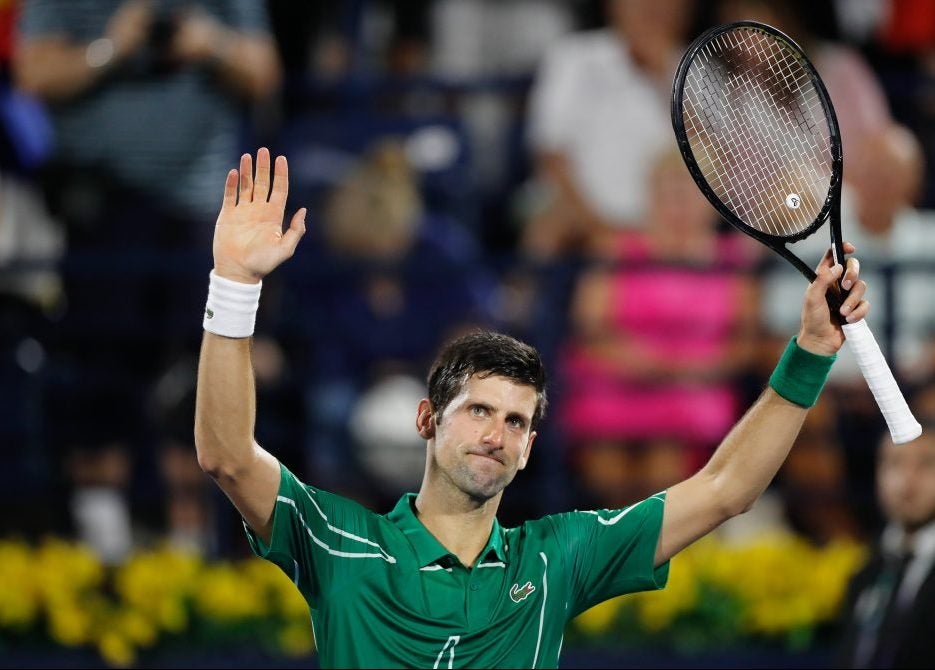 They say old habits die hard and Novak Djokovic is proof of this at the Western and Southern Open this week.

The world No.1 took to the court on Tuesday to play his third round match against Tennys Sandgren, who he beat 6-2, 6-4, with relative ease. Following his latest triumph, the Serbian then proceeded with his usual heart-throwing celebration to the four sides of the stadium. Although the New York event isn’t like the others. In fact there are no fans attending because of restrictions in place due to the COVID-19 pandemic. Leading to the argument that Djokovic’s post-match celebration is both a bit bizarre and pointless.

Although this doesn’t mean the 17-time Grand Slam champion is planning to stop following some remarks on social media. Saying that his gesture has become ‘part of his routine’ nowadays. He wouldn’t be the first tennis player to have their own set of rituals with rival Rafael Nadal also having a particular one when it comes to aligning his water bottles.

“I’m going to keep on doing it,” Djokovic states. “I think it’s part of the routine. It’s part of also me paying a tribute and a thanks to that match and to the court and to that occasion.’
“I try to be conscious of the opportunity to play and win and everything. Sometimes we take a lot of things for granted in life, and obviously I have been on the tour for so long, so you would think, well, it’s one match, who cares? But I try not to have that kind of mindset.”

Elaborating further Djokovic says his post-match routine also helps keep him grounded on the Tour. During his career the Serbian has won more than $143 million in prize money, which is more than any other player in the history of tennis.

“This celebration also grounds me, kind of centres me and makes me aware that I have to be also grateful and share the energy with whoever is on the court,” he explains.
“There are not many people (at the tournament), but there are a lot of people hopefully watching (elsewhere) and that’s for them, as well.”

Djokovic is not the only player to have wavered thanks towards the stands following their matches. Those able to watch the matches are coaching staff, workers at the tournament and fellow players. Kim Clijsters have been spotted in the stands multiple times.

The latest victory in New York continues Djokovic’s flawless record on the ATP Tour in 2020. He is currently 20-0 this season with all of his wins occurring on a hard court. Seven of those victories were over fellow top 10 players. He already holds the ATP Tour record for longest winning streak to start a season after claiming 41 wins in a row back in 2011.

Djokovic will take on Germany’s Jan-Lennard Struff in the quarter-finals on Wednesday.