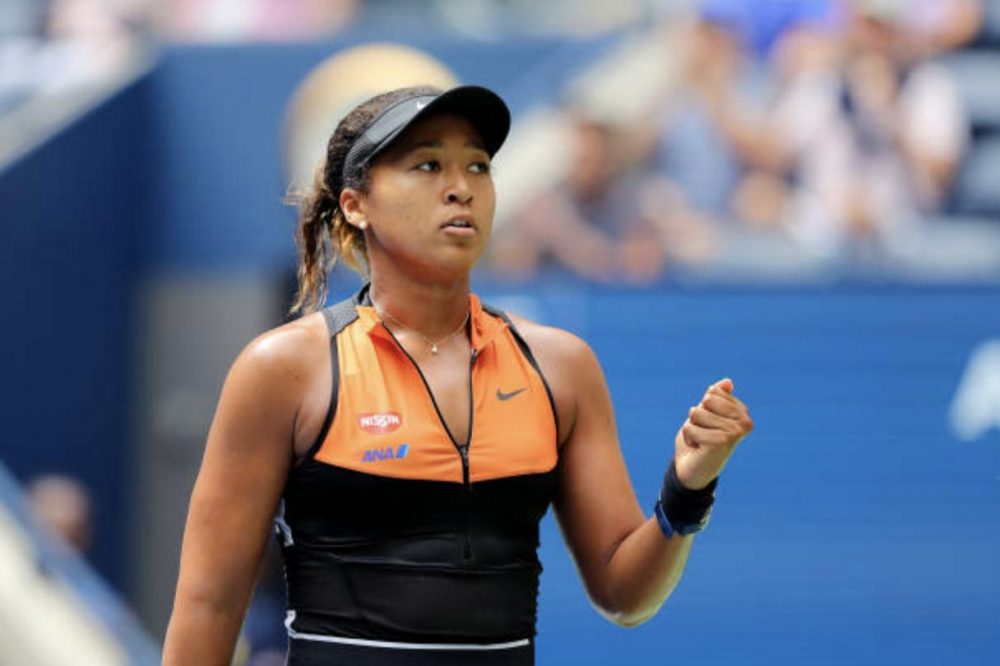 Naomi Osaka survived a stern examination of her abilities to earn an encouraging 6-7(5) 6-4 6-2 win over Karolina Muchova at the Western & Southern Open.

The Japanese player, 22, was pushed all the way by her Czech opponent, who has risen to 26 in the rankings and looks likely to have a bright future.

“I felt very nervous,” Osaka said in her on-court interview. “I knew that she was a great player and I’m glad I was able to take the opportunities that I did.”

She continued, “I think I’m more sure of myself now. I’m more calm and collected and hopefully I can keep that going.”

In the opening set, the players traded early breaks. Then they both quickly settled into a rhythm and gave nothing away on their serves throughout the rest of the set. This meant it would have to be decided by a tie-break.

Muchova drew an immediate error from Osaka which enabled her to establish a 4-2 lead. The Japanese then hit a couple of huge groundstrokes to drag it back to 4-4. She then sought to dominate the next point, but the Czech had other ideas. She defended brilliantly until Osaka hit a weak shot, then she forced her off balance to open up an opportunity to lift a perfectly-judged lob over her head. That proved to be the crucial moment, as Muchova won the next two points on her serve to take the tie-break 7-5.

Viewers did not have to wait long to find out how Osaka would respond. She capitalised on a series of mistakes by Muchova to earn a break at the beginning of the second set.

The Japanese player served brilliantly throughout the rest of the set. She never gave the Czech a chance as she won 83% of all the points in her service games. Consequently, she won the set 6-4 with relative ease.

In the decider, everything hinged on the opening three games. Muchova surrendered her serve in the first one. Then she produced a pair of excellent winners to earn two break points in the next game. Had the Czech taken one of them, she might have pushed on for a famous win.

However, Muchova wasted the first chance when she hit a forehand long. Then Osaka hit a very deep backhand to save the second. The Japanese player also won the next two points to secure a vital hold.

Things got worse for the Czech in game three. Osaka unleashed a brilliant cross-court forehand to earn a break point. But she wasted her chance by making an error. Then Muchova fought hard to save two more break points before the Japanese player finally broke through by forcing an error.

From 3-0 up, Osaka never looked back. She eased to three comfortable holds to wrap up the set and seal a satisfying victory.

The 2018 US Open faces another tough task in round three. She will take on rising star Dayana Yastremska, after the Ukrainian battled to a 7-6(5) 4-6 6-3 win over Bernarda Pera.