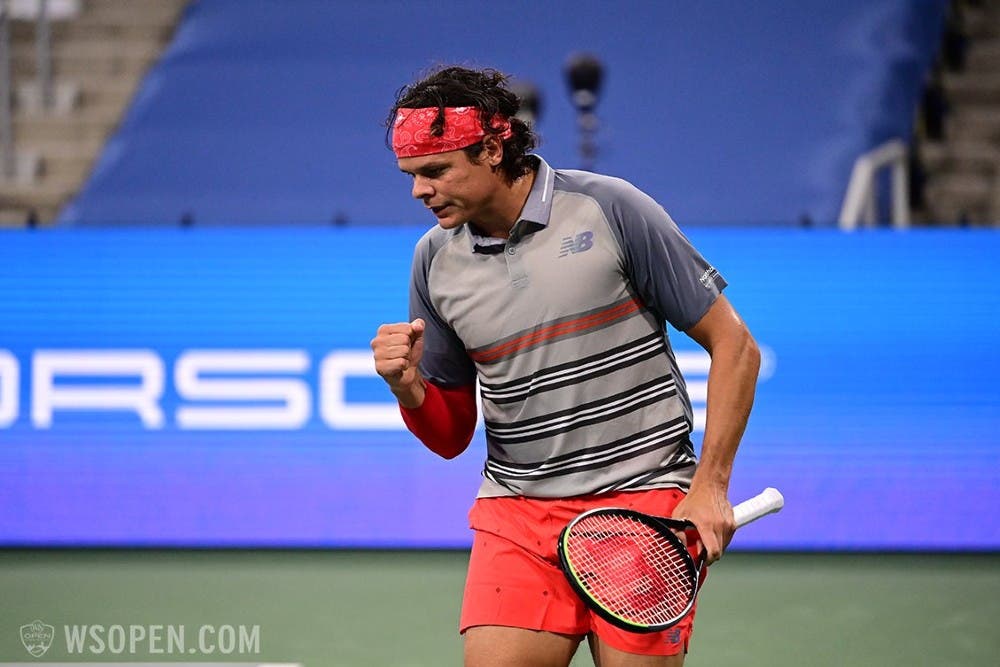 Milos Raonic saved a match point to beat Filip Krajinovic 4-6 7-6 (7-2) 7-5 reaching the semifinals at the Western and Southern Open at the Billie Jean National Tennis Centre in New York. Raonic will play in his third semifinal at this tournament and his 11th at Masters 1000 level.

Krajinovic saved three break points in the second game before breaking serve in the third game to win the opening set 6-4.

Krajinovic saved three break points in the second game before breaking serve at love to take a 2-1 lead. Raonic broke back in the 10th game to draw level to 5-5. Krajinovic cruised through to a 7-2 lead in the tie-break.

In the third set Krajinovic earned a match point, as Raonic was serving at 5-4 30-40. The Canadian player missed his first serve, but he saved the match point with a series of forehands. Raonic broke serve in the 11th game to seal the third set 7-5.

“There was a lot of doubt. He was serving for it in the second set, had a match point in the third set. He was creating some opportunities early in both sets and I was not making the most of them. He would step up. I just kept plugging away, knowing that guys haven’t played for a while. I just wanted to do things well, and I got a little fortunate that it turned around for me”, said Raonic.

Raonic set up a match against Stefanos Tsitsipas, who advanced to the semifinal, when US Reilly Opelka withdrew from the match at 6-5 in the opening set due to a right knee injury. The Canadian beat his younger Greek rival in three sets at last January’s Australian Open. Tsitsipas will play in his fifth Masters 1000 semifinal and his first at the Western and Southern Open. Before this year he had never won a match at this tournament. This week he beat three very tall players (Kevin Anderson, John Isner and Reilly Opelka).

Opelka took a medical time-out at 4-3 in the opening set to have his right knee taped. The US giant fended off two break points at 5-5 and held his service game, but he was not able to continue the match.