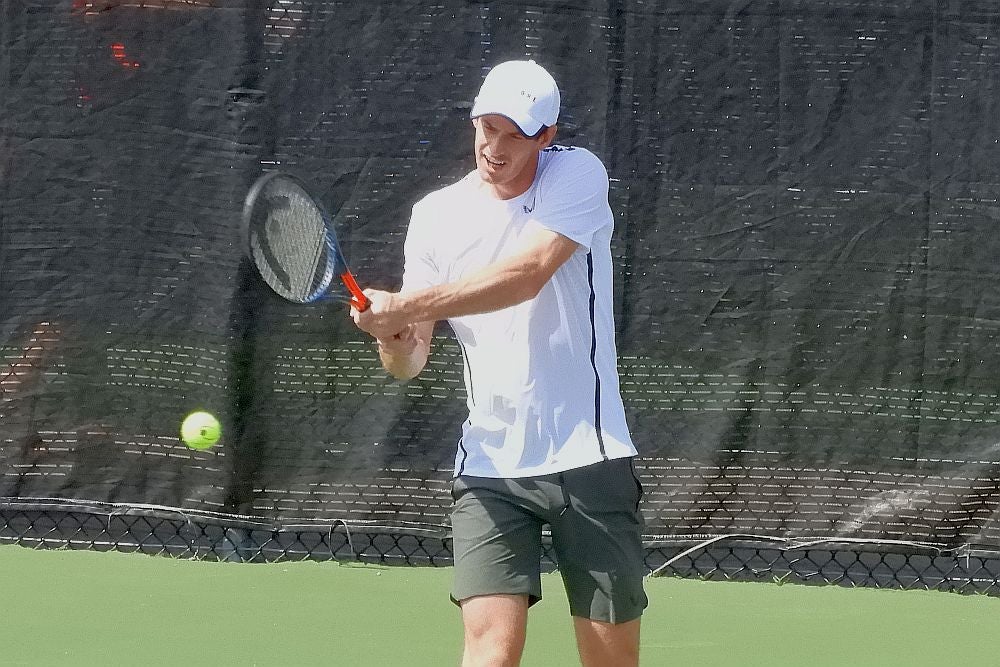 Three-time Grand Slam champion Andy Murray is hoping that his encounter with world No.6 Alexander Zverev will help address some questions of his own.

The former world No.1 has set up a meeting with the German tennis star following his opening win at the Western and Southern Open on Saturday. In the first round Murray battled to a 7-6(6), 3-6, 6-1, victory over Frances Tiafoe in what was the first ever meeting between the two. The match was Murray’s first on the ATP Tour this year after being sidelined from action due to pelvic bruising in what was the latest in a series of physical setbacks to hamper the Brit.

“He’s obviously been up at the top of the game for a number of years now,” the world No.129 said of Zverev in his press conference.
“It will be a good test for me, for sure. You know, he’s played well in the Masters Series, maybe in the slams not played as well I know for the last few years. But in the Masters Series he definitely played well.
“You know, he moves well for a big guy, solid off the ground. Has struggled at times with his serve. You know, when he’s serving well he’s obviously one of the top players in the world.”

It has been more than four years since the two last clashed at the 2016 Australian Open. On that occasion Murray dropped just six games en route to the victory. However, since then the Brit has spent lengthy periods away from the sport and contemplated retirement due to injury. Murray has undergone two hip operations and now has a metal rod inserted into the joint.

For the foreseeable future the 33-year-old is focusing on ensuring that his hip holds up as he admits that it is still a concern for him. Although the signs are promising for Murray and his bid to rise back up the rankings.

“I don’t mind how much tennis I get to play. I know that will come with time and the more practice and the more matches I get. But my concern for me was my hip not being right, and I wanted to get that, like I said, as strong as possible to compete again,” he said.
“Physically, I thought I did pretty well (against Tiafoe). I moved maybe better than what I expected to. The first few matches back when I started playing singles last year, you know, I moved way worse than I did today, so that was positive.”

Murray, who is a two-time winner of the Cincinnati tournament, finds himself in unfamiliar circumstances due to the COVID-19 pandemic. The event has been relocated to the same venue as the US Open this season in order to keep players and staff in a protective ‘bubble.’ Furthermore, fans aren’t allowed to attend. Something Murray admits can be a bit of a challenge for him.

“There isn’t really an atmosphere, to be honest with you. Yeah, so that’s obviously a little bit tricky,’ he explained.
“I mean, I know it’s a bit of a cliché, but you need to kind of create your own atmosphere a bit on the court. It’s just not quite the same.”

Murray’s clash with Zverev is scheduled to take place on Monday.

Serena Williams Unveils A Smaller Wilson Racquet For The US Open