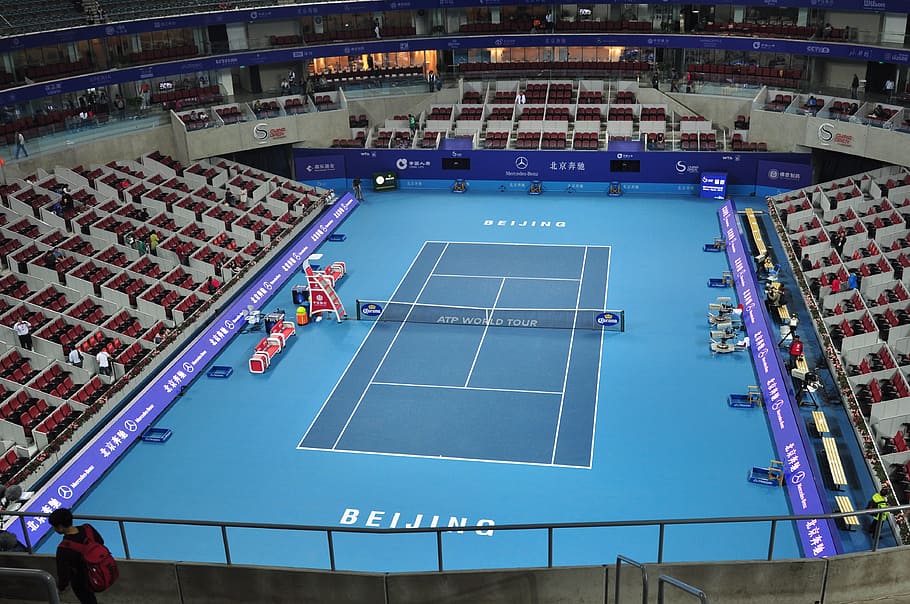 Following recent speculation it has been confirmed that all Tour tournaments set to take place in China later this year have been cancelled.

The ATP and WTA both issued statements on Friday confirming the decision following a recent ruling that has been set out by the country’s top sporting body. China’s General Administration of Sport (GAS) has recommended that no international sporting events take place in 2020 unless they are related to Olympic qualification. Furthermore, this week the Beijing Municipal Bureau of Sports issued an updated notice saying low risk areas are allowed to have up to 500 people attend sporting events. Although it ruled out the prospect of international competition.

Seven out of the 11 events that have been scrapped are on the WTA Tour in what is a huge blow to women’s tennis. In recent years China has grown into a significant country of revenue and income for both the organisation and players. The 2019 China swing offered an estimated $30 million in prize money.

The usual season-ending WTA Finals had been due to take place in Shenzhen, which last year offered a record prize money pool of $14 million. Due to the latest development, the event is on the verge of not taking place this season for the first time since it was founded in 1972.

“We are extremely disappointed that our world-class events in China will not take place this year,” stated Steve Simon, WTA Chairman and CEO. “Unfortunately, this decision also includes the cancellation of the Shiseido WTA Finals Shenzhen and as result, the corresponding Porsche Race to Shenzhen. We do however respect the decision that has been made and are eager to return to China as soon as possible next season.”

The New York Times has also reported another consequence of not staging the premier event. It is possible that the development could also cost the WTA it’s rights fee for the event which is said to be more than $14 M. Although the exact value isn’t publicly disclosed.

“We would like to acknowledge the significant efforts made by our tournaments in the region throughout this process along with the Chinese Tennis Association for their dedication and commitment to the WTA,” Simona said. “We share in the disappointment of many around the world who were looking forward to this swing and appreciate all of the continued support from our fans, partners and the entire region, as we continue to navigate the remainder of the 2020 season.”

On the ATP Tour, the most significant impact of the ruling is that there will be no Shanghai Masters event. Which is the most prestigious men’s event to take place in the entire Asian continent. Last year the tournament offered more than $8 million in prize money.

The Rolex Shanghai Masters unfortunately has to announce there will be no tournament this year. All of us, from our tournament director Michael Luevano down, are sad to make this announcement but it drives us to host a bigger and better event in 2021.

The other events that have been cancelled are the China Open in Beijing (ATP 500), Chengdu Open (ATP 250) and Zhuhai Championships (ATP 250).

“Our approach throughout this pandemic has been to always follow local guidance when staging events. We respect the Chinese government’s decision to do what’s best for the country in response to the unprecedented global situation,” ATP chairman Andrea Gaudenzi said in a statement. “It’s with a heavy heart that we announce ATP tournaments will not be played in China this year. These important events have been a cornerstone of the Tour’s presence in Asia and I want to thank the organizers for their commitment and cooperation. Chinese fans are some of the most passionate in the world and I know players will be looking forward to the next opportunity to play in front of them.”

Unlike the WTA, the ATP hadn’t listed any Asian tournaments in their revised calendar. At present the schedule only goes up until the French Open but a further update is expected to be made within the next two weeks. As for the women, three events have so far been given the green light to take place after Paris. They are in Seoul, Linz and Moscow.

The WTA Tour is set to resume on August 3rd in Palermo and ATP Tour will start on August 22nd in New York.

Related Topics:2020 WTA Tour
Up Next