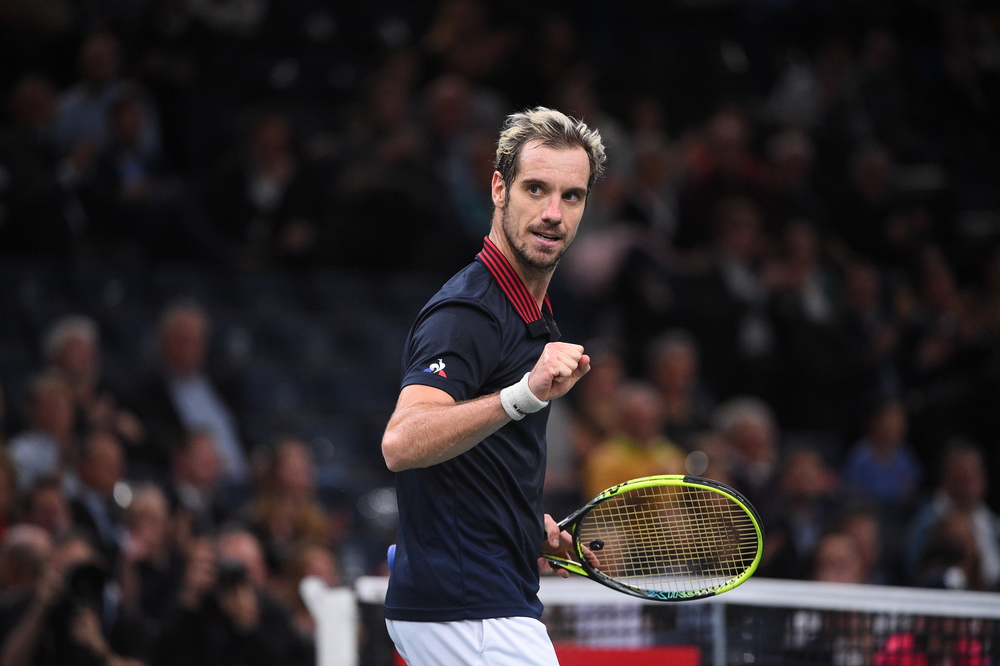 Richard Gasquet cruised through to a 15-10 13-10 14-11 18-10 over Grigor Dimitrov in the first day of the Ultimate Tennis Showdown 2 in the Patrick Mouratoglou Tennis Academy in Sophia Antipolis near Nice.

Gasquet, who lost to Matteo Berrettini in the semifinal of the Ultimate Tennis Showdown 1 two weeks ago, raced out to a 6-3 lead in the first quarter. Dimitrov drew level to 6-6, as Gasquet did not convert his winner x3 card. Gasquet regained the four-point lead and opted to use the new “Next Point x2” card, which gives the winner the chance to win two points. Gasquet converted it to take a 13-8 lead and held on to win the opening quarter 15-10.

Neither player was was able to convert with their cards, but Gasquet cruised through to a a 13-10 win in the second quarter.

Gasquet took a 11-7 lead with two minutes to go in the third quarter. Dimitrov played his Winner x3 card, but he could not find the winner that he needed. Gasquet clinched the third quarter 14-11.

Gasquet eased through to a 18-10 win in the fourth quarter. Dimitrov played his Winner x3 Card on the return, but he did not convert it.

Feliciano Lopez edged past Alexei Popyrin 17-8 11-19 17-13 13-12. The Spanish player avenged his defeat against his younger Australian rival in the UTS 1.

Popyrin started with a double fault and hit an ace on the second point. Lopez hit a backhand lob to pull away to a 5-2 lead and used his steal serve card at 7-2 to win the next four points. Popyrin clawed his way back to 8-11. Lopez won the next three points at 14-8 to seal the opening quarter.

Lopez pulled away to 6-2 in the third quarter. Lopez clawed his way back to 7-7 using his x2 winner card, but Popyrin used his steal serve card to win both points and took a 9-7 lead. The Australian player extended his lead to four points. Popyrin served well to win the second quarter 19-11.

“Today I think I served pretty good in the first two serves, then I was starting to get tired towards the end but sometimes you have the luck. It would have been hard for me to lose another match in the sudden death. I had such a terrible experience in sudden death in UTS 1, losing three out of three. I did not to go there again”, said Feliciano Lopez.

Alexander Zverev and Felix Auger Aliassime are the top names at the Ultimate Tennis Showdown 2. The women’s tournament, which takes place in the second week of the UTS, will feature Anastasya Pavlyuchenkova, Alizé Cornet, Ons Jabeur and 13-year-old Czech player Brenda Fruhvirtova, who is coached by Patrick Mouratoglou.