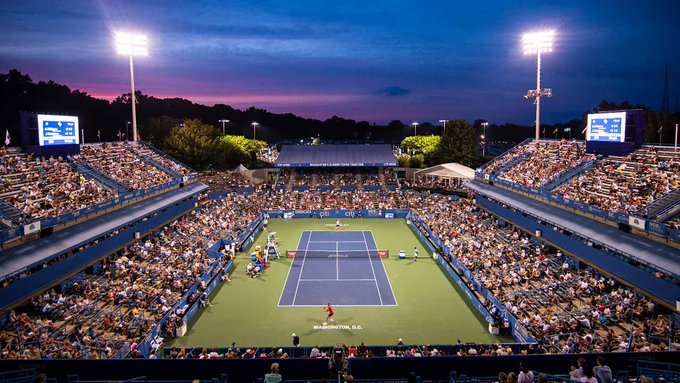 The ATP World Tour’s restart has been delayed after the Citi Open in Washington was cancelled amid concerns over COVID-19 outbreak.

The Citi Open was due to start on the 14th of August in America’s capital however recent implemented restrictions on people travelling within America and Europe has meant that the tournament has had no alternative but to cancel the event.

In a telephone conversation to the New York Times, Citi Open chairman Mark Ein explained why recent travel restrictions have forced the cancellation, “When we committed to host the event all the trends were going in our favour, and halfway through the process they all reversed,” Ein explained.

Cites ‘too many unresolved external issues, include various travel restrictions, as well as troubling health and safety trends’. pic.twitter.com/GDWvUDsmYO

“Then we ran out of time. With a little more time we may have been able to overcome the obstacles that were in front of us, but it’s better to make a decision for all the stakeholders before it gets to the last minute.”

The decision means that the restart of Men’s tennis has been delayed until the 21st of August, when the Cincinnati tournament is due to start at the Billie Jean King National Tennis Center in New York.

However today’s announcement from Washington could mean that Cincinnati and the US Open are in major doubt as the situation regarding quarantine rules and travel restrictions seems to be changing all the time.

As for the WTA Tour, they will start in a couple of weeks time in Palermo, Italy with the likes of Simona Halep, Aryna Sabalenka, Elise Mertens and Donna Vekic all participating.

A week later will see the return of Serena and Venus Williams as they compete at the Top Seed Open in Lexington, Kentucky with a tournament in Prague taking place in the same week.

Although safe protocols have been put in place for tennis to restart behind closed doors, today’s announcement is another example that tennis is a long way from a fully functioning schedule in this post-COVID 19 Era.

Related Topics:atp tourCiti Open
Up Next