Patrick Mouratoglou Exclusive: Tennis Must Stop Relying On The Past And Be More Authentic - UBITENNIS 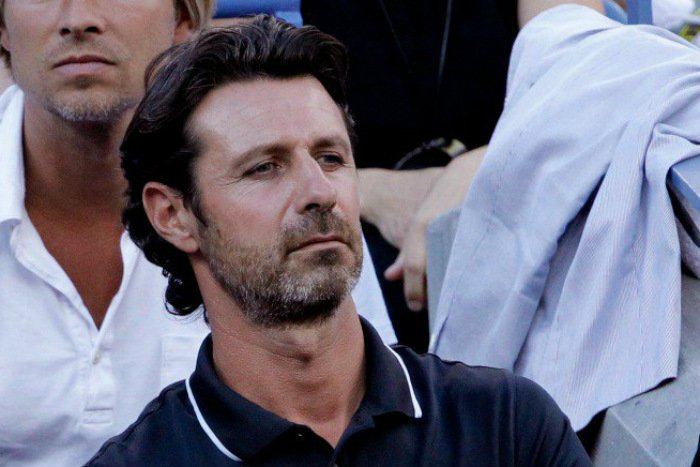 In the world of tennis Patrick Mouratoglou is one of the most recognisable and high-profile names when it comes to coaching.

The 50-year-old Frenchman has mentored some of the best players in the sport for more than a decade. His resume includes stints with Marcos Baghdatis, Grigor Dimitrov and Anastasia Pavlyuchenkova. Although he is best known for his long-time collaboration with Serena Williams since June 2012. During that period he has overseen the American win 32 WTA titles, including 10 at Grand Slam level.

Speaking to the latest edition of UbiTennis’ video chat series, which is co-hosted by founder Ubaldo Scanagatta and hall of Famer Steve Flink, Mouratoglou explains why he is hoping his new event will help revive the sport. Revelling that same of the rules was inspired by ideas from Williams and what happened when he spoke with the ATP.

02:00: Mouratoglou explains why he believes the UTS could be a way to help reinvent and save tennis in the future. Warning that the sport could be ‘in trouble’ over the coming years. During one part of the interview he said ‘The average age of a tennis fan is 61 and it is basically getting older every year. A fan base that is getting older is one that could disappear one day. This shows that tennis is just living on the fan base created during the 1970s and 1980s.’

07:00: The ATP: In the wake of the brand new event coming to life, there is yet to be any public reaction from the governing body of the men’s Tour. Although Mouratoglou has spoken with the organisation about his plans and insisted that the two are not in competition.

“They (the ATP) just said they are going to look at it. I told them that I am not trying to build a competitor at all. I just want it to be a success and bring new fans to tennis. If you want in the future to be under the umbrella of the ATP and WTA, I’m fine with that.”

10:00: ‘A sprint, not a marathon:’ With there still questions over what the exact format of the UTS competition will be, Mouratoglou explains the ‘global idea’ and why he believes his idea for one-hour matches will help attract new fans. He also outlines the reason why he thinks the sport has been unable to renew its fan base.

1545: Will UTS be a one-off? Taking place during the Tour suspension, it has been much easier for Mouratoglou to attract top names to his event. However, how likely will this happen in the future once the calendar is returned back to normal?

“It (the Tour break) gives us a window to showcase tennis differently and we are doing it. If it is a success, we will try to find a solution with a very positive mind with both the ATP and WTA. There is space (in the sport) for different formats to happen. But if it doesn’t work, then we will disappear.”

23:28: Why the men’s Tour is lacking authenticity in the eyes of the French coach

25:20: Mouratoglou explains why he thinks there needs to be more player’s similar to Stefanos Tsitsipas on the Tour to expand its appeal.

27:00: The process concerning how player’s were persuaded to play in the UTS involved a 30-minute discussion between them and Mouratoglou, who said he would rather they not play if they weren’t excited about the event. But how many said no to him?

“After these discussions and I explained the rules, nobody said no. I had two or three say no before those conversations mostly because they felt they were not ready to play a match (for UTS 1) due to confinement.”

29:30: What did Serena say? It has been confirmed to Ubitennis that some of the rules for UTS were made following some ideas from Serena Williams. Although there was no mention of what specific rules she advised. The former world No.1 also called for a female equivalent to be worked on.

34:00: ‘Pressure highlighted Serena’s weaknesses’ – Speaking about his work with Williams, Mouratoglou gives his assessment about her performance over the recent months and her ‘unlucky’ results in the grand slams.

Related Topics:patrick mouratoglou
Up Next