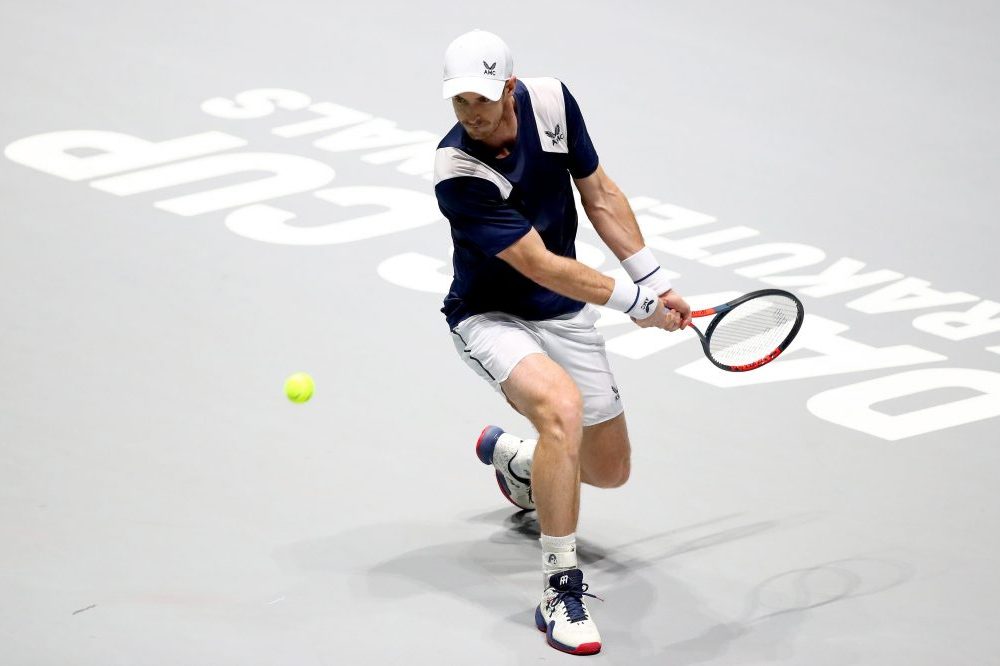 Andy Murray should be able to rise back up the world rankings but will find it hard to challenge the biggest names in the sport, according to Patrick McEnroe.

The former world No.1 hasn’t played a competitive match since the Davis Cup finals last November due to pelvic bruising in what is the latest of a series of injury setbacks to hamper the Brit. Murray has also undergone two hip surgeries since 2018 in a bid to continue his career. He is currently ranked 129th in the world, but he did win the European Open towards the end of last season in what was his first title since 2017.

Speaking about Murray’s chances for the future, McEnroe believes he should be able to rise back into the world’s top 20. Somewhere he hasn’t been since February 2018. Although the former American Davis Cup captain is less convinced that he will be able to rival the Big Three like he has done in the past. Murray is the only player outside of the Big Three to have held the No.1 position over the last 15 years.

“I would say he could get close but I think it’s going to be difficult for him to get back to the level he was at, in other words, right there with [Roger] Federer, [Rafael] Nadal and [Novak] Djokovic,” he told BBC Scotland.
“I do think he could probably get back to the top 20 or top 15. When he came back and won that tournament indoors [the European Open in Antwerp in 2019] that was a great sign.
“So if he could get back and be in the mix, that would be awesome and we would love to see that in the tennis world.”

McEnroe, who reached a ranking high of three in the doubles during his professional career, isn’t the only person to cast doubt on Murray’s chances against the trio. Greg Rusedski has also expressed a similar point of view during an interview with Sky Sports. The 46-year-old was the last British man to contest a grand slam final prior to Murray.

“The good news for him is that he’s had more of a rest at this point,” he said. “Hopefully his body comes back, but to challenge week in week out with Nadal, Federer, Djokovic, (Stefanos) Tsitsipas is going to be hard.
“Can he win matches? Can he possibly win a Tour event? Yes, he can do so. But to win Slams, that’s three out of five sets, seven matches, that’s a little bit difficult. It’s possible he can get to a quarter-final, fourth round, but to go all the way with the surgeries he’s had, that’s a big ask.
“But I hope he proves me wrong, like he’s done on several occasions.”

Murray has a losing head-to-head record against every member of The Big Three. Although he is the only player to have scored at least seven wins against each of them. He has defeated both Roger Federer and Novak Djokovic 11 times, as well as Rafael Nadal on seven occasions.

Due to the Tour shutdown it is unknown as to when Murray will be returning after going through rehabilitation. During a recent interview with CNN he stated his intention to play at the French Open if it goes ahead. The tournament is due to start during the end of September but the three-time grand slam champion has his doubts.

“I would definitely play on the clay if it goes ahead. I’m a bit sceptical whether it will,” said Murray.
“I would imagine tennis would be one of the last sports to get back to normality because you’ve obviously got players and coaches and teams coming from all over the world into one area. I would be surprised if they were back playing sport by September-time.”

Murray has won 46 ATP titles and spent 41 consecutive weeks as world No.1 so far in his career.

Simona Halep reveals that Justine Henin was her idol growing up