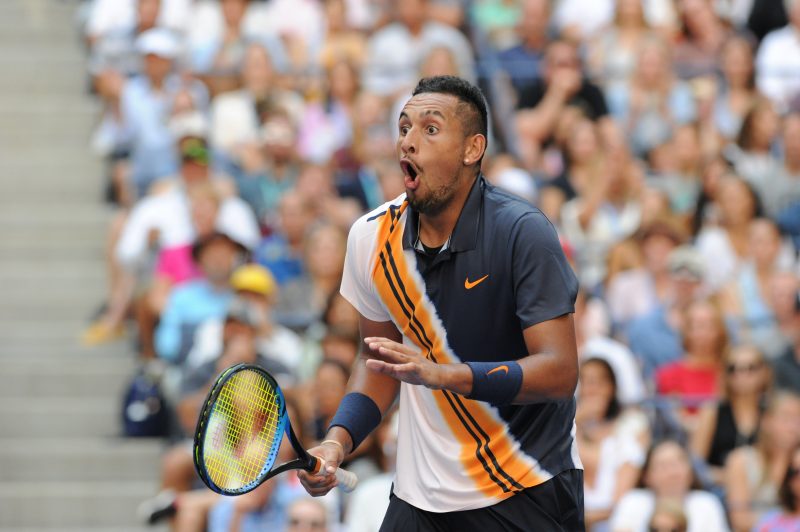 Australian tennis star Nick Kyrgios has never been a person to mince his words and this was more evident than ever during his recent Instagram live chat with Andy Murray.

The two-time grand slam quarter-finalist, who admitted to consuming ‘about six’ glasses of wine prior to the talk, wasn’t afraid to say what he wanted during the broadcast. The conversation between the two on opposite sides of the world covered numerous topics with Kyrgios taking aim at a series of his top rivals on the Tour. Except Murray, who he believes is a better player than Novak Djokovic.

Their conversation started with Kyrgios’ participation in the Laver Cup. A three-day team tournament that sees Europe take on the rest of the world. He has featured in all three editions of the event, which was co-founded by Roger Federer. When Murray questioned why the world No.40 liked the team competition so much, it prompted a controversial response from Kyrgios who hit out at his European rivals for ‘having no banter.’ He also claims that Stefanos Tsitsipas and Alexander Zverev ‘hate each other.’

“It’s because it’s fun man,” Kyrgios stated.
“I am there with my best buds, trying to beat some European guys who have no banter, don’t give one-eff about each other and act like they care for one week which p*sses me off.
“Let’s be honest, (Stefanos) Tsitsipas and (Alexander) Zverev hate each other, then they are besties all of a sudden…p*ss off.”

Australian Open runner-up Dominic Thiem was also a target of the Kyrgios’. Suggesting that the Austrian was dull and that they had nothing in common.

“Someone like (Dominic) Thiem … I mean I like to get good vibes from trying a new cocktail … he’d prefer to watch paint dry,” he said.
“Team World, that is what we are all about man, if you (Murray) came over to Team World we would win.”

The 25-year-old has also reiterated his belief that Murray is a better player than 17-time grand slam champion Djokovic. The two have clashed on the ATP Tour 36 times with Djokovic winning 25 of their meetings. However, Kyrgios explained that he finds the Brit a much tougher rival compared to the current world No.1.

“I’ve said that to you many times. Like I’m not gonna make this controversial but honestly, I think you are better than Djokovic, in my opinion,” Kyrgios told Murray.
“People are gotta take this on social media and be like “Djokovic, won this many slams”. ‘Djokovic was playing dodgeball on my serve and he couldn’t return it. And you were like ‘nah’, I’m slapping it for a winner. That’s my opinion.”

Whilst it was a flattering comment, Murray responded ‘“Well, the results would probably suggest otherwise.”

Kyrgios has only managed to defeat Murray in one of their six matches on the Tour. However, he has defeated Djokovic in both of their meetings.

All professional tennis tournaments are currently suspended due to the COVID-19 pandemic. It is still up in the air as to when the sport will resume again. When it does Kyrgios has opened the door to playing doubles alongside Murray. Should the Brit want to take him up on the offer. Murray, who has undergone two hip operations, hasn’t played since the Davis Cup Finals last November.

“We don’t care about Nadal, Djokovic and Feds, man. We all love you. Ordinary people like us love you,” he said.

The two have never played a doubles match together on the ATP Tour.