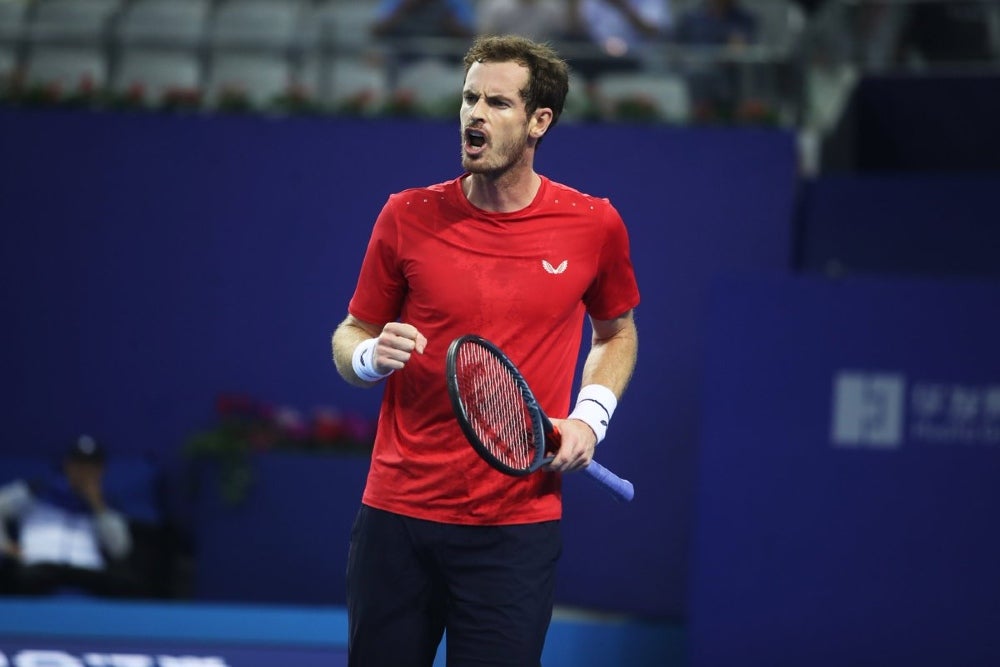 Former world No.1 Andy Murray will be one of the headline acts at a all-British tennis tournament set to take place in Roehampton next month.

The ‘Schroders Battle of the Brits’ is a six-day event that features some of the country’s top players. Kyle Edmund, Dan Evans and organiser Jamie Murray are also set to take part. The tournament, which aims to raise at least £100,000 for the NHS, will feature both doubles and singles matches. It has also managed to secure a broadcast deal with Amazon Prime agreeing to screen the tournament live.

“The last few months have been incredibly challenging times for everyone and we see this event as our way of giving back,” Jamie Murray told the Associated Press.
“A lot of work has gone in to make sure this could happen and we are very excited to be able to bring an action-packed week of tennis, while raising valuable funds for NHS heroes to say thank you for the amazing work they have done.”

The tournament will feature our top ranked male players. Who are you most looking forward to seeing return to action? 🇬🇧 pic.twitter.com/3i14y0dzSH

Next month’s event should provide tennis fans with a glimpse of Andy’s current fitness following his break from the sport in recent time. The three-time grand slam champion last played a competitive match in the Davis Cup finals last November and has been sidelined from action since then due to pelvic bruising. Last year he underwent hip resurfacing surgery before returning to action and winning the European Open in October. During an Instagram Live chat with Rafael Nadal on April 20th he said he physically ‘felt pretty good’ without going into specifics.

“I’m really excited to be putting on Schroders Battle of the Brits and for the first time bringing together the current generation of British male players to compete against one another while raising significant funds for charity,” Brother Jamie said.
“I am particularly grateful to our broadcast partner here in the UK, Amazon Prime Video, for enabling this event to happen.”

Scott Lloyd, who is the CEO of the Lawn Tennis Asscoiation, has said he and his team are working closely with Jamie Murray regarding the upcoming event.

“The LTA is looking forward to bringing tennis back into people’s lives this summer and are excited about events like this inspiring fans to get involved in our sport and pick up a racket,” Lloyd said in a statement

Recently the LTA announced that they are launching the British Tour during July which will feature four tournaments taking place within as many weeks. Those events will be open to the country’s 16 highest ranked players in the men’s and women’s game with prize money also up for grabs.

The Schroders Battle of the Brits will take place between June 23 to 28.

A milestone performance at a major is usually a reason for celebration but for the world No.23 it was bittersweet.

A turbulent 2020 season marred by the devastating COVID-19 pandemic has only added fuel to the fire for Australia’s top ranked player Alex de Minaur.

The 21-year-old Sydney-born player is currently ranked just five places below his career high at 23rd in the world. At present he is the third youngest player in the top 30 on the ATP Tour after the Canadian duo of Denis Shapovalov and Felix Auger-Aliassime.

Last year de Minaur broke new territory at the US Open with a run to the quarter-finals in what is his best performance at a Grand Slam to date. At Flushing Meadows he scored wins over the likes of Richard Gasquet, Karen Khachanov and Vasek Pospisil. He was stopped in his tracks by Dominic Thiem who went on to win the title.

Despite his New York run, de Minaur believes it wasn’t his ‘best achievement.’ Even though he had only reached the fourth round of a major once in 11 attempts leading up to it. For him, mentally he wasn’t in the best place due to the effects lockdown had on him last year. During the 2020 Tour shutdown he was residing in his training camp in Spain.

“2020 was a tough year. Obviously I had my best result at a Slam (Grand Slam tournament) but it doesn’t feel like my best achievement,“ de Minaur told ABC News Australia.
“It was still a dark time. I wasn’t feeling great. It was just mentally — I wouldn’t say — my best performance.
“I ended up putting a couple of matches together and I had my best result. It’s still something to be proud of but still 2020 as a whole, I would say, I had a lot of expectations for it and … it’s just fuelling the hunger for 2021, to make it even better.”

Striving for a bigger and better year, the Australian started 2021 off in the best possible way by winning his fourth ATP title at the Antalya Open in Turkey. His most high-profile win at the tournament was over world No.16 David Goffin in the semi-finals. As for the months ahead, de Minaur is staying coy about his expectations.

“I’ve got my goal in my head of where I want to be when 2021 finishes up, but it’s a goal that I don’t like to say out loud,” he said.
“It’s a goal that me and my team had and this is a strong start. Realistically I want to keep pushing myself up the rankings, keep putting myself at the end of weeks and keep pushing these top guys.
“That’s where I believe I should be and where I want to be and I’ll do everything I can to get there.”

The next test will be the ATP Cup where de Minaur will be hoping to guide his country to the title. It was at the tournament last year where he suffered an injury which ruled him out of the Australian Open.

“Hopefully I can be playing my best tennis at the ATP Cup and the Aussie Open,” he concluded.

The Slow And Successful Rise Of Veronika Kudermetova