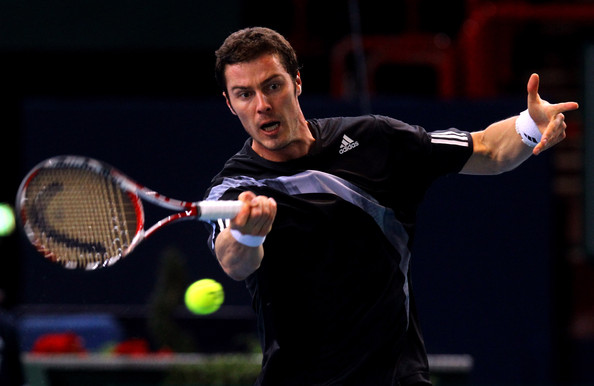 Roger Federer’s recent call for the merger of tennis has received backing from another former world No.1 who believes such a move would aid the survival of the women’s game.

Marat Safin has spoken in favour of the proposal during an Instagram Live chat with Mikhael Youzhny. The Russian won 27 ATP titles during his career, including two grand slam trophies. Should a merger of some sort ever happen, the 40-year-old believes it will make the sport more appealing to sponsors. The ATP and WTA have operated as separate bodies since 1973 when the men’s governing body was created.

“Why not? It’s not a bad idea. There can be a joint product which will bring benefits. In that case the sponsorship package will be more attractive in comparison to tournaments where men and women play separately,” sports.ru quoted Safin as saying.

Elaborating further, Safin has controversially suggested that the women’s game lacks depth by saying ‘men’s tennis rules in all kinds of ways.’ Over the past decade the ATP has seen a massive boost in revenue with the help of the rise of the Big Three. A group composed of Roger Federer, Rafael Nadal and Novak Djokovic. On the other hand, the WTA Tour has also managed to hold their own footing with the help of stars such as Serena Williams.

However, Safin argues that when the likes of 38-year-old Williams quits the sport, there will be a big void in the women’s game. Nevertheless, the WTA Tour is still able to score big financial deals. Highlighted by last year’s WTA Finals, which had a record prize money pool of $14 million.

Weighing in on the debate, former top 10 player Youzhny said he agreed with his compatriot. Saying he couldn’t name any female player currently ranked in the top 10. Youzhny is the coach of Denis Shapovalov.

“Yes, I wouldn’t be able to name the women’s top 10, though I watch tennis events,” he said. “Probably I will tell you the names, but I don’t remember the rankings.”

At the moment it seems unlikely that there will be a merger of the sport due to the complex process that it would involve. However, there are signs that the governing bodies could be working together in the future. ATP chairman Andrea Gaudenzi said he believes the recent COVID-19 pandemic has brought them closer.

“Managing the current scenario is extremely complex, especially because of the nature of our calendar, the nature of our business,” Sporting News quoted Gaudenzi as saying.
“But I’m optimistic in general, by nature, and I try to see the positive side which has been a tremendous collaboration with the other grand slams and the WTA and the ITF.
“So all the bodies coming together and discussing the calendar, the way forward, player relief, and many, many other topics.
“So that could be the positive outcome of this, that finally the governing bodies of tennis and the grand slams get together and work collaboratively on the long-term future of the sport.”

All professional tennis tournaments have been suspended until at least July due to the pandemic.

Matteo Berrettini: “I have been watching the Games since I was a young kid and they are one of the biggest goals”