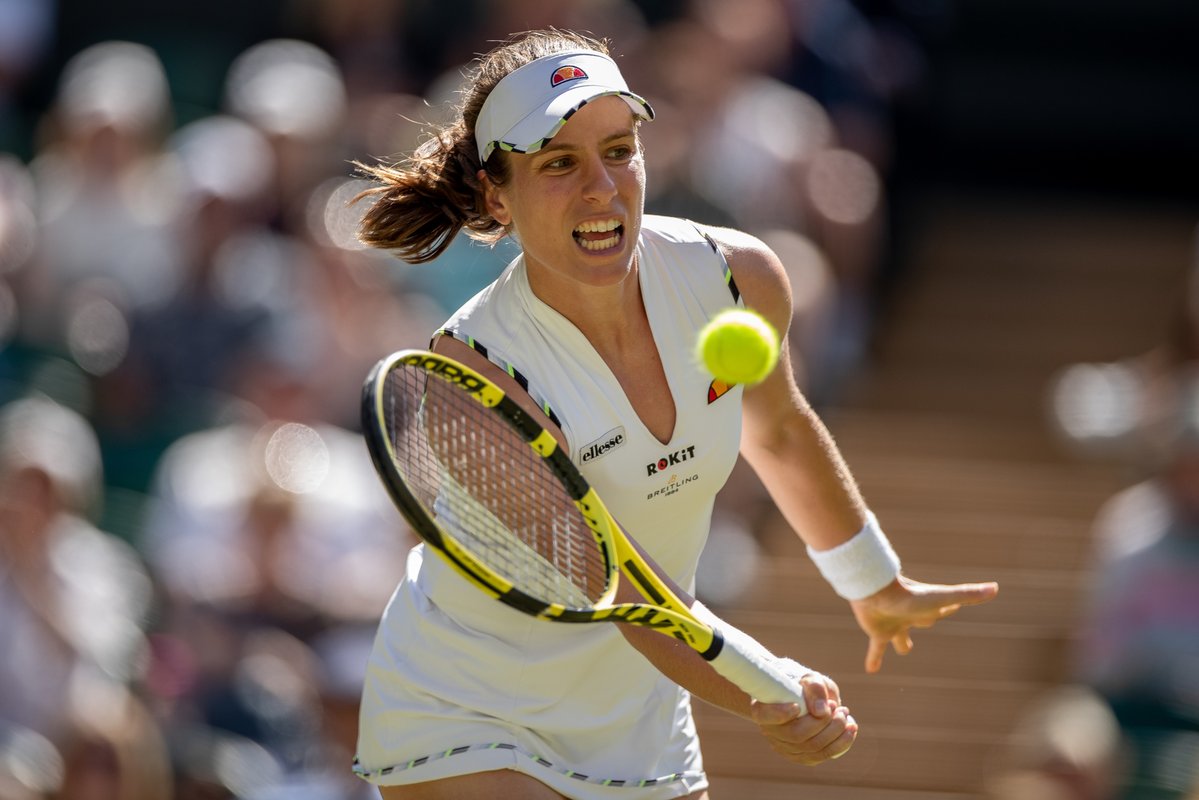 British No.1 Johanna Konta admits that any system put into place to financially support players in the wake of the tour suspension will only have a ‘minimal’ effect.

Tennis is currently at a standstill due to the Covid-19 pandemic with doubts cast over when play will resume again. As a consequence, many players are looking into alternative ways to generate an income. Unlike team sports where athletes have a contract, those in the world of tennis are essentially self-employed. Meaning they will only earn money in the sport if they play at tournaments. Although the top players have the luxury of endorsements to also support them.

Weighing in on the situation, Konta has described it as ‘fire and bleak.’ She is one out of 90 female players to have made more than $100,000 in prize money this year before the tour was suspended. Her current earnings for the season stands at $105,703.

“The reality is that there is no tennis player earning any money right now; all the tennis players have taken a 100 per cent salary cut,” Konta told The Evening Standard.
“Everyone is trying to find the best way possible to stand by a team and support the people you work with and feel close to while not bankrupting yourself.
“[A support system] is being worked on right now, but the reality is that even if it is possible – and let’s hope it is – it’s going to be very minimal.
“It’s a very bleak and dire situation especially for the lower ranked players.”

In light of the financial concerns, world No.371 Sofia Shapatava recently set up an online petition on change.org calling for support from the ITF, WTA and ATP. More than 1300 people have signed the petition.

“I started the petition to help tennis players to be heard by ITF, after I talked to many of the people I know and about their plans for the next three months, I realised that some people won’t even be able to have food,” Shapatava told the AFP News Agency.
“My problem is that my sport will die as it is, it will die, because players who are ranked lower then 150th in the world will not be able to play.”

In comparison to Konta, Georgian player Shapatava has made $2,896 so far this season. That works out as 0.09% of what prize money leader Sofia Kenin has made ($3,012,043). Kenin is one of four players to earn more than a million in 2020 on the women’s tour. The other are Garbine Muguruza, Simona Halep and Ash Barty.

The WTA have said they are looking into the possibility of extending this year’s calendar is order to provide players with more earning opportunities when the sport resumes.

Konta has also criticised the French Tennis Federation (FFT) over their management of the French Open. Officials at the FFT recently announced that the major would be delayed until September due to the Covid-19 outbreak. A move that caught many off guard, including some governing bodies. Konta reached the semi-finals of the French Open last year after previously losing in the first round four times in a row.

“It’s a really sad situation and it’s very disappointing for them to release their decision in the way that they did,” she said.
“It’s not the act itself, but the manner which was disappointing to everybody in the tennis community. It’s left a sour taste in a lot of people’s mouths.”

Lionel Maltés is the economic director of the FFT. He has defended their approach to the situation by saying the organisation had no choice but to act. Arguing that their (the FFT) first priority is French tennis. The controversy surrounding the date change is that it will take place a week after the US Open ends. Leaving players with little chance to prepare for the switch of surfaces.

“The decision was not made overnight, it was far from an outburst. We had been clear for some time that it was going to be impossible to play the tournament on the established dates and we knew we had to do something.” Maltés recently told French newspaper L’Equipe.
“There was no hint of conversation collective with the other Grand Slams so we did the only thing we had to do for French tennis. Don’t doubt that Wimbledon and US Open would have made the same decision if they could. In fact, other tournaments have backed us up by saying they understood us and that if they had been in our position, they would have done the same.
“We were aware that we would be highly criticized for this, but the safeguard of French tennis is above all,” he added.

The French Open was scheduled to run from 24 May to 7 June. Officials are now hoping that the tournament will start on September 20th.